DDD+ said:
no any tp tested by dd free dish its ur dish or stb issue plz check lnb or stb setting
Click to expand...

My all equipments absolutely fine.

No signal as of now
Added manually 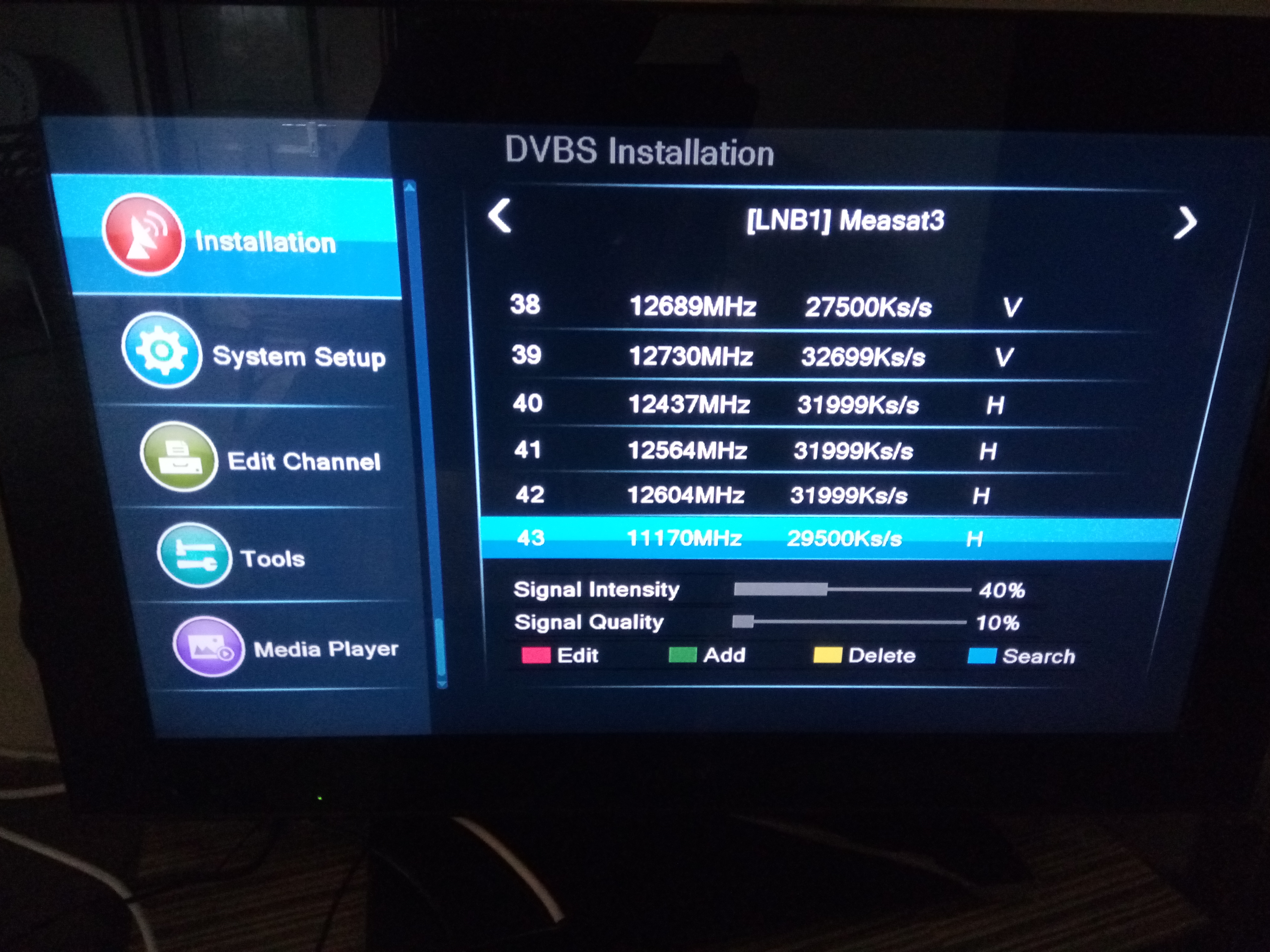 Yes bro. Yesterday night around 12 PM, I too received 11090 H 29500 transponder's 18 tv channels. I also got that same transponder in Vertical alignment too as usual.
Moreover, 11170 H 29500 transponder got in blind scan with 18 channels but not with locked signal. Channels are named like Ch-1234 like that.... No channels locked with signals in 11170 H transponder.
But today morning, i scanned again but not received both above transponders.
Don't know how its happened.

How I can get both H & V alignment of a transponder simultaneously... Is it possible?