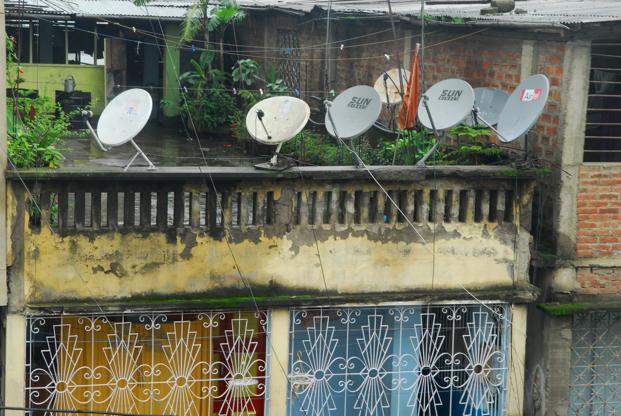 Government is considering a proposal to raise foreign direct investment (FDI) limits to 100% in broadcasting carriage and content services, including direct-to-home (DTH) and cable networks, aimed at attracting overseas investment and improve infrastructure.

In case of broadcasting content services - uplinking of news and current affairs TV channels, the proposal under discussion is to raise the limit to 49% from the present 26%, they said. These proposals were mooted by the Telecom Regulatory Authority of India (Trai) in 2013. It had suggested raising FDI limit for broadcast carriage services up to 100% and for uplinking of news channels up to 49%.

Increase in FDI limit will help improve the pace of digitisation of broadcasting services across India. The inter-ministerial committee comprises officials from the Department of Industrial Policy and Promotion, Information and Broadcasting, Telecommunication and Space.

“The committee is discussing all these recommendations,” sources said, adding the panel discussed all these issues its meeting held last month.

To attract foreign funds, the government has already relaxed FDI norms in sectors such as defence, construction and railways. It is also considering relaxing norms for rubber and coffee sector.

Discussion Do you think DTH a Digital Cable is losing the competition to OTT platforms ?