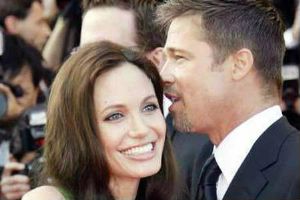 Angelina Jolie has splashed 1million pounds on a helicopter and flying lessons for fiance Brad Pitt.

Although, Pitt, 48, has his private pilot's licence, but he still needs to take a few flying lessons.

"They've had a helicopter pad installed in the grounds of their south of France home, Chateau Miraval," a source told the Sun.

"So Ange thought it would be nice to buy Brad a helicopter as a surprise present,'' the source said.

Apparently the pair will be using the mode of transport to get to nearby events.

"In particular, they would like to be able to fly to and from Cannes.

"But even though Brad has his private pilot's licence, he still needs to take a few flying lessons - which he'll start straight away," the source added.


-Times Of India
You must log in or register to reply here.