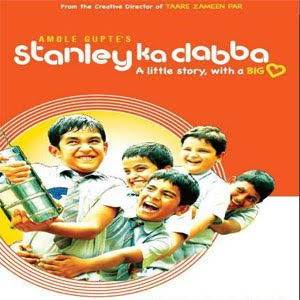 Mumbai: Filmmaker Karan Johar Thursday said that Amole Gupte's upcoming film "Stanley Ka Dabba" took him back to his school days and made him remember one of his teachers who really troubled him.

Johar came to support and release the music of the film. He had seen the film that revolves around the life of school children a few months ago and felt very nostalgic.
"This film makes you smile and takes you back to school. In fact one character in the film reminded me of my biology teacher, who traumatized me in my schooling years. When I saw this film, I actually got a huge reflection of that," the 38-year-old told reporters here.

"I was a good student, a first bencher, so I used to sit right in front of her eyes and she scandalized me and traumatized me. So this film took me right back to those days. When I watched this film, I felt a feeling of nostalgia and a feeling of tremendous power of cinema," he added.

The film that has been written, produced and directed by Gupte will be distributed by Fox star Studios. It will be released May 13.

Johar, who launched the music of the film at Landmark, said: "I had the pleasure a couple of months ago to see this film. The film completely moved me. It is a film that I feel needed to be viewed by millions of people.

"The way Amole has projected children and the symbolism of food in the film, it is great. At the end of the film you will get up with a huge lump in your throat which very few films that make you laugh do," said Johar.