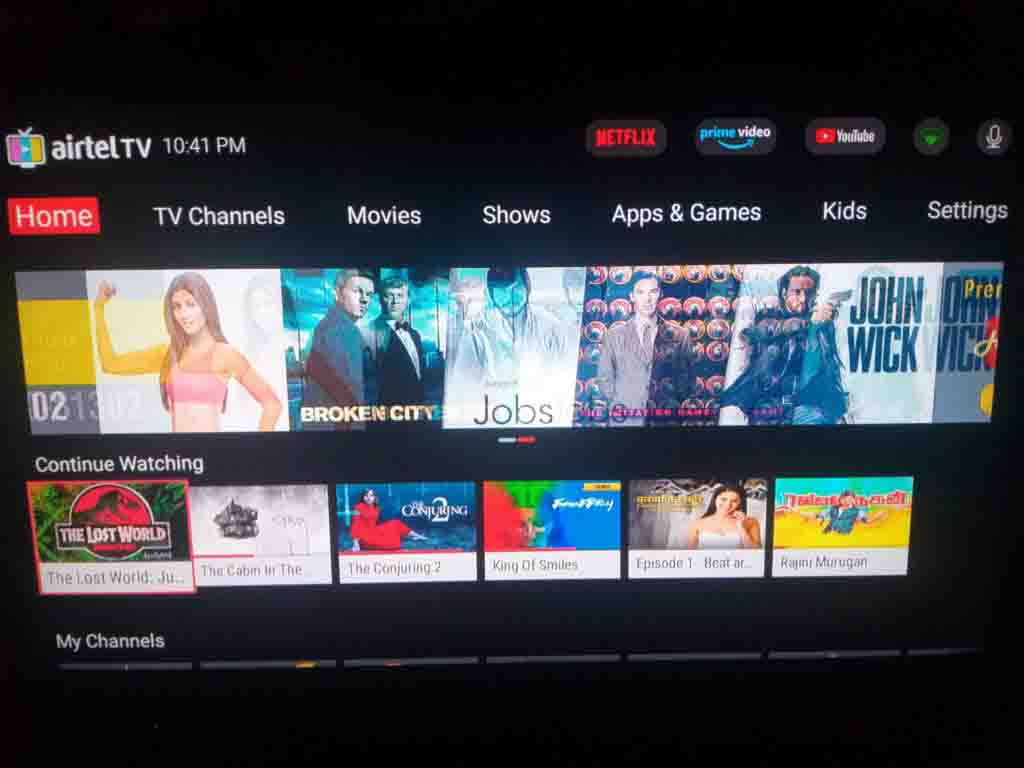 DTH operator Airtel Digital TV has a fortnight ago started pushing a new software update to its Internet TV customers. The new service update is a major update for the Internet TV users bringing in a lot of new updates to the existing boxes.

Key Changes after the Software Update

The box hanging issue is now slightly better. It is said to be more responsive now than before after the update. Some times it hangs during starting when it is connected to Wifi/Internet. It gets solved after watching TV for 5 mins. The problem could be because of the “Recommendations for You” Tab (which collects all available Live content in TV and sorts as per your preferences).

Most of the features belonging to Airtel Xstream Box are reported to have been added to 1st generation Internet Box itself. The only difference now between both the boxes is hardware specs and Android Version. The box is reportedly behaving like Xstream box. Airtel, however, is yet to roll out an update to fix Internet TV remote voice search which is not working properly.

The latest update carries the SW version 2.0.3118. The update is yet to be rolled out to all the Internet TV customers. Software updates are usually pushed in batches which normally takes a weeks time to get to all boxes. However this time the new update has not been pushed immediately for everyone by Airtel. It’s a good update overall as the box is more Informative than before.

Airtel offering over 45 Channels at Rs 165