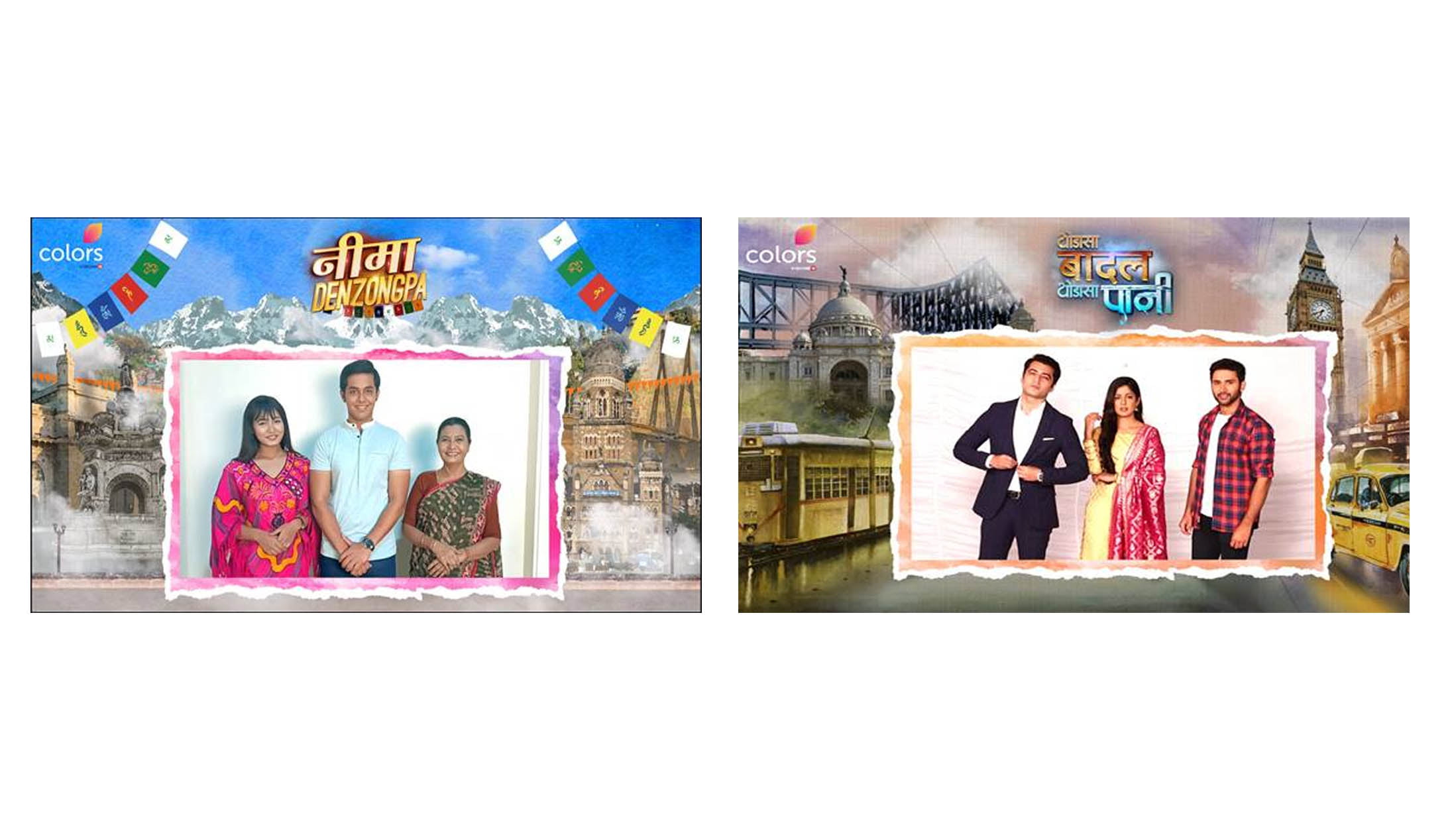 COLORS earlier this week announced the launch of two new shows – ‘Nima Denzongpa’ and ‘Thoda Sa Paani’. Nima Denzongpa and Thoda Sa Paani premieres on 23rd August 2021 and will air every Monday-Friday at 9:00 PM and 9:30 PM respectively. The shows are captivating stories of inspiring women with Nima Denzongpa’s powerful character being played by Surabhi Das while Ishitta Dutta will play the inspiring role of Kajol Mukherjee. The two powerful stories of determined and resilient women have been produced by Penninsula Pictures Private Limited and Box and Beyond Entertainment Private Limited.

Nima Denzongpa based in Mumbai revolves around the life of a simple and young girl from Sikkim who falls in love with a boy from Mumbai. The boy lost his father at a very young age and became the only hope for his mother. He meets Nima on a shoot in Sikkim and falls in love with her. They get married and leave for Mumbai with Nima leaving behind everything. Nima walks into her worst nightmare with Suresh’s mother refusing to accept her as her daughter-in-law and Nima fighting unpleasant comments and prejudices hurled at her.

“Our endeavour, at COLORS, has always been to introduce our viewers to diverse and impactful stories from the nooks and corners of our country and provide wholesome entertainment. In keeping with the channel’s ethos of presenting inspiring stories of strong women, we are excited to launch- ‘Nima Denzongpa’ and ‘Thoda Sa Baadal, Thoda Sa Paani’. While one traces the journey of a braveheart northeastern girl in Nima, the other highlights the fighting spirit of Kajol as she takes on the burden of familial responsibilities. The two shows will not only strengthen our fiction lineup but also re-energize our prime time  9-10 pm band with some exceptional content. Through the journey of these new characters, we aim to bring positivity, resilience and hope to our viewers.”

Thoda Sa Baadal, Thoda Sa Paani revolves around Kajol, a sweet, joyful girl from Kolkata who is loved and adored by her family. Kajol is clever but not street smart, unexposed to the harsh realities of the outside world. Kajol is excited to start a new life by marrying Arjun Chatterjee but her father’s sudden demise on the eve of the wedding changes everything forever. She is made to take over the responsibility of the entire family and her father’s debt-ridden business.

“’Nima Denzongpa’ and ‘Thoda Sa Baadal, Thoda Sa Paani’ beautifully capture two intriguing storylines of two brave women characters. COLORS is recognised for its unique concepts, and with Nima’s story, we’re hoping to bring attention to the discrimination faced by Northeastern people. We are confident that with this show, we will be able to change mindsets and effectively express the message of inclusivity. With Kajol’s tale in ‘Thoda Sa Baadal, Thoda Sa Paani’, we document how, despite all adversities, she overcomes her struggles with courage and honesty. Both the stories are unique, and we hope to strike the right chord with the audience.”

COLORS has designed a robust marketing campaign across print, television, and digital platforms to promote those two inspiring and heartwarming stories. A 7-day plan showcasing the strong characters and their journeys through promos will be aired on television channels across Hindi News, Hindi Movies, Hindi Music, Kids, and Regional genres. The channel will target key print publications across the market on the launch day. The channel will also promote the shows heavily on all social media platforms to reach out to the right audience on the digital front on all social media platforms.