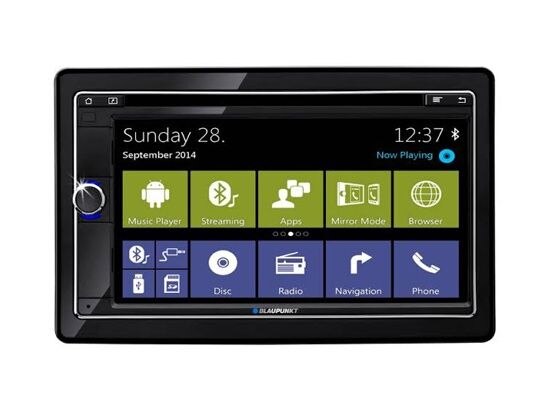 Car infotainment brand, Blaupunkt, has launched Cape Town 940, its first android based double din infotainment system in India. This new multimedia system runs on the android 4.1.1 Jelly Bean operating system and comes with a with a 6.8-inches capacitive touchscreen screen.

The in-car infotainment brand is also offering an all India map on SD card as an option, which provides connected navigation with live traffic updates for select cities (Delhi NCR, Mumbai, Bangalore, Hyderabad and Chennai), speed alerts and lane guidance. The navigation has been sourced from Map My India and is available at an additional cost of Rs 3,999.

The radio also comes with a cool Mirror Mode feature that allows users to project the screen of their smartphones onto the radio display with complete control of Apple and Android phones via the radio. Thus, all the functionality and applications on their phone are immediately streamed on the in-dash radio and to rear screens.

Commenting on the launch, Pankaj Jagwani, Managing Director, Blaupunkt India, said, "Connected car features are increasingly desirable to the customer and OEMs struggle with finding a robust reliable solution to realise this functionality in the near term. The company has OEM android platforms in active production since 2012 and is currently developing next gen android radios for several leading OEMs in Asia and internationally, with a number of launches planned in the near future."