profsathya said:
I think they gave you old model remote
Click to expand...

Yes, I checked in few recent unboxing videos in YouTube before requesting the new HD connection. I found out that the Remote Control Unit (RCU) you have posted in your installation thread was provided along with the STBs manufactured in the months of April and May of 2021. Could you please check the manufacturing month of your STB?

Except Dish TV SD/HD, I have used all the other operators in the following order Sun Direct SD/HD, d2h SD/HD, Tata Sky HD and Airtel HD.

I rarely watch Standard Definition channels and as I have stated in my first post that one cannot expect any good viewing experience for Standard Definition channels when viewed through LED TVs even if it is of 32 inch size and when the size increases, it is advisable to not watch SD channels at all if you expect good viewing experience. The primary reason for many to watch an SD channel in LED TVs is that the channel does not have an HD feed for the same. The SD channels are being sent with lesser pixels than what an HD Ready or a Full HD TV is expecting and speaking hypothetically, even if the DTH operator gives the same amount of space allocated to an HD channel for an SD channel in the Transponder, the picture quality will still be blurred when you watch closely since the source is poor with lesser pixels. This is similar to watching a video in YouTube at 480p resolution in your 43 inch Full HD TV even though you have a broadband speed of 100 Mbps. The video quality you watch will still be poor on your TV because the source is restricted to 480p resolution. Hence it would be unfair to give the review very objectively but from what I have seen I could give the following order of DTH operators for viewing the Standard Definition channels.

1.) Airtel HD - I have been using Airtel for more than four years since August 15, 2017, and really impressed with the superior video and audio quality in all the HD channels and never faced any compression issue that compromises the qualities of both video and audio in any HD channel until now.

2.) D2H HD - I used D2H HD in 2015-16 and must say that I have never faced any problem with both the video and audio qualities and was comparable to Airtel for the HD channels that I have watched. Since I have not used it after 2016, I am not sure how it is currently and if the quality stays the same similar to how it was in 2015-16 when I used, D2H HD comes surely next to Airtel HD.

3.) Tata Sky HD - Since D2H HD did not add Star Vijay HD during that time frame in 2016, I moved to Tata Sky HD with greater expectations on August 15, 2016. But I was disappointed to some extent with the picture clarity since they were compressing select HD channels of the genre of Music and Movies in Tamil and Telugu languages and that was a time they were collecting a separate 'HD Access Fee' of Rs.175/- for viewing HD channels. For all the other HD channels the quality was good. Because of compressing some select HD channels, I give the number '3' in the order for Tata Sky. If you want more information on this issue in Tata Sky for few HD channels, I request you go through the link given below where we have discussed it completely and the issue is relevant even now since I check those HD channels periodically.

4.) Sun Direct HD - I have used Sun Direct HD during 2014-15 when they were using MPEG-4 compression for HD channels and found it excellent. But now, due to space crunch even after using HEVC technology, it seems they limit the bandwidth allocated to most of the HD channels and the picture clarity was not so good and especially if you are using Airtel HD, you could easily spot the not-so-good picture clarity of Infotainment HD channels even from a distant look and graininess was evident in the long distant shots of most HD channels.

Sun Direct also provides only 192 kbps for audio encoding to all the HD channels by converting whatever audio the broadcaster is sending irrespective of either DD+ or DD or Stereo and this is again done to save the bandwidth but the flipside is this process reduces the audio quality to some extent.

I have summed up in this post what I have experienced until now with various DTH operators and also tried to give an objective review of the picture clarity and audio quality without any hate or ill will or bias towards any operator.

Mail to the Nodal Team: Then I sent a mail to the Sun Direct's Nodal team with the content similar to the one in my first post of this thread and received a call the next day itself and they requested to allow a technician's visit. I told them that this issue did not require a technician visit since it needs to be rectified at the back-end. But they insisted that they need to follow a protocol to make sure that everything is fine at the customer's end and then I accepted the request. The technician came and checked everything right from the signal strength and quality and even measured the dimensions of the room where the TV is placed and said he did not find any problem in hardware from the customer's end.

Then I showed him what the issue is through the following channels.

1.) Showed the difference in the picture quality of Sun TV HD in the HD Info channel at LCN 005 and Sun TV HD at LCN 800. The HD Info channel Sun TV HD has the defects like blurriness or graininess in the long distance shots and edge artefacts on the faces of actors moving in those long distance shots whereas Sun TV HD at LCN 800 is perfect without those issues.
2.) Showed him the channels like Asianet HD, Zee Telugu HD and Zee Kannada HD having the same issue as mentioned above.
3.) Showed him Bigg Boss Tamil S5 on Star Vijay HD at LCN 803 which has the same blurriness issue and edge artefacts and also showed the same program without any flaw in the Airtel HD set-top-box connected through the another HDMI slot of the same TV.

The other marker through which one can easily find the issue is to look at the graphics theme of Star Vijay HD as shown below. When you look keenly by being closer to the TV, you can see those very light white lines perfectly in both Airtel HD and Tata Sky HD without any graininess but the same cannot be found in Sun Direct HD because the edges get disoriented due to compression and hence only graininess could be found as a pattern during the telecast. You can also look at Mr. Kamal Haasan's face while walking during every advertisement break and will not even identify his face clearly. 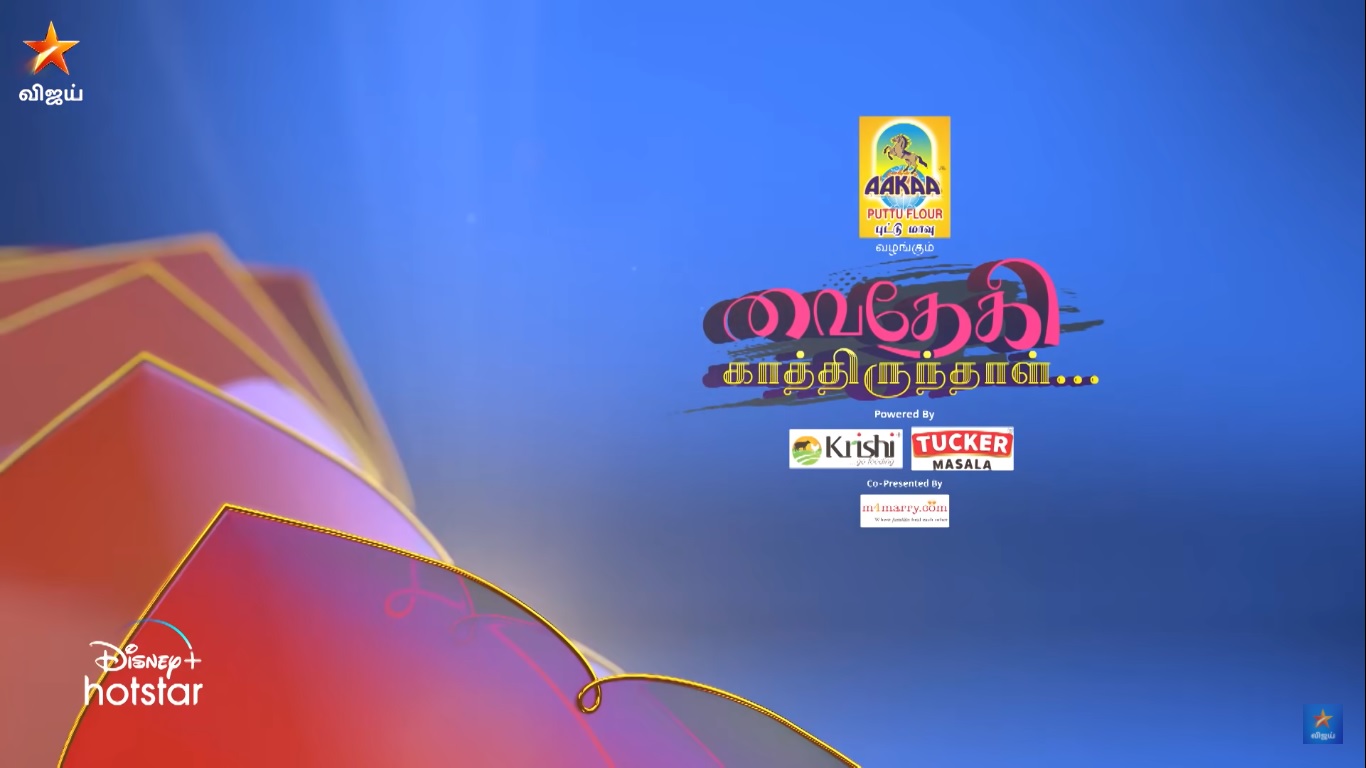 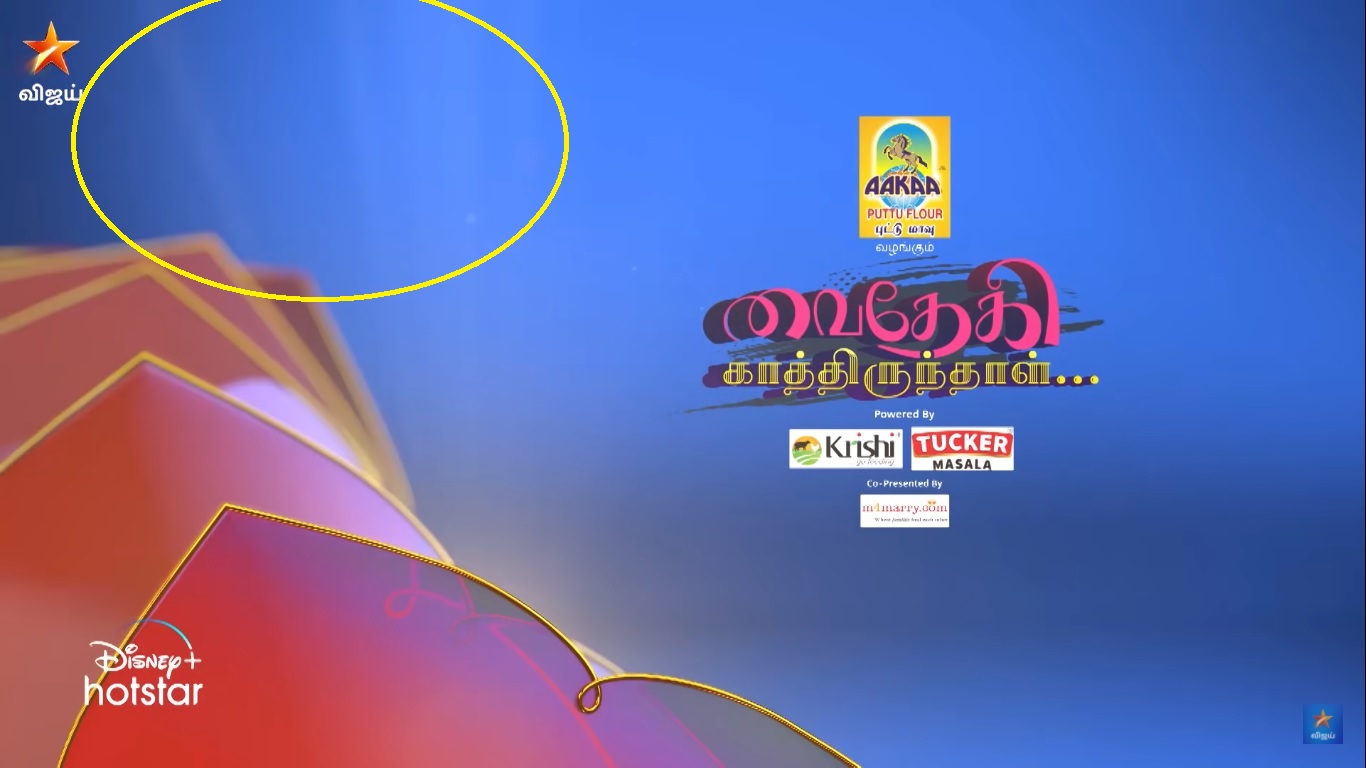 The technician acknowledged the differences that I have shown in the above HD channels. Since he is from the front-end support system, he could not understand the exact technical reason for the same but assured me that he would convey the differences in the HD channels to the Nodal team. Then I received a call from the Nodal team and they said that the technician did not find any issues related to hardware at my end and wanted to close the complaint. They further stated that they would share my 'feedback' (not an 'issue' according to them!) to the back-end technical team for an appropriate review but this statement during the conversation did not inspire much confidence.

I do not have much hope further that this process would lead to a logical conclusion. I believe this is a conscious decision taken by the Sun Direct's technical team to limit the bandwidth to HD channels similar to the decision to compress and homogenize the audio quality of HD channels to save bandwidth for the lack of Transponders. But how long are the going to do this? Once they get the enough transponders, will they improve the audio and video quality of HD channels or would that remain the same since many customers did not raise an issue? They need to realise that this decision is impacting both the HD video clarity and audio quality and those customers that expect flawless video and audio quality will be surely disappointed by this decision.

With a much transparent watermark on HD channels for good viewing experience when compared to all the other HD DTH operators that place their opaque logos, Sun Direct can reign supreme if they provide flawless HD audio and video quality using the HEVC compression technology to their advantage. But this aspect is missing currently!
Last edited: 28 Dec 2021