Rakhi Ka Insaaf back on Imagine 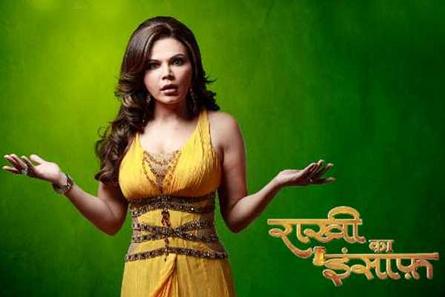 Imagine’s most controversial show Rakhi Ka Insaaf is back with its second season and also with its host Rakhi Sawant. The first season of the show did fire up a lot of controversies but it also gave high TRPs to the channel. In fact, Rakhi has been the channel’s lucky mascot when it comes to her shows, be it Rakhi Ka Insaaf or Rakhi Ka Swayamvar.

A source says, “The show has been renamed and it will no longer be called Rakhi Ka Insaaf, but its host will remain the same. There is a slight change in the show’s format hence it won’t be exactly like the last season. The shooting for the show with its contestants has already begun but Rakhi will begin shooting from June 30. However, the date on which the show will go on air has not yet been finalised.”

Last season the show had got into a lot of controversies especially after a 24- year old man named Laxman who had come to the show with marital discord committed suicide after being called impotent on the show. In fact the show was also shifted from its prime time slot to 11 pm after intervention of the Information and Broadcast Ministry.