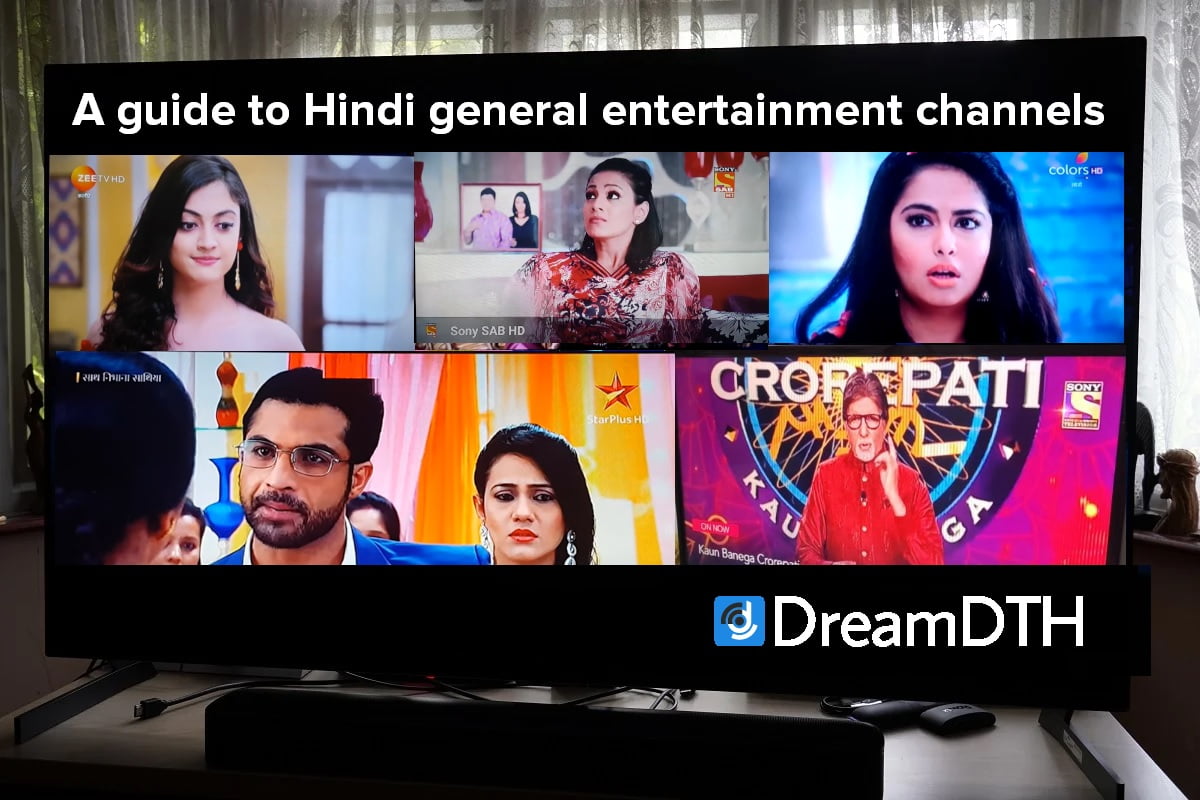 We would be remiss not to touch upon the Hindi channels of the public TV broadcaster Doordarshan. While some of them are generalist channels, others are dedicated to serving a specific section of society, such as farmers and educators. These, then, are the Hindi non-news channels that are operated by Doordarshan (news channels are covered in a separate article): DD National, DD Bharati, DD Retro, DD Kisan and DD Gyan Darshan. Of these, DD National is the only one to be available in HD, but this HD feed is available only on DD Free Dish and terrestrial DTT, not on any private DTH operator.

Briefly, their purpose is as follows:

All these Hindi GECs serve a large proportion of the Indian population and provide quality content and entertainment every day, so it is no surprise that despite the widespread adoption of OTT platforms — including YouTube — and mobile content consumption, they still command the largest share of the viewership among Indian TV channels.