The Ministry of Information and Broadcasting (MIB) earlier today cancelled another satellite TV channel license bringing up the number of cancelled TV channels as on date to 329 at the time of publishing this article. The Ministry has cancelled the license belonging to BNB Entertainment Private Limited apart from the three cancellations earlier today.

‘BNB’ TV license owned by BNB Entertainment Private Limited that was granted by the Ministry on 28th June 2017 to operate a NON-News channel has been cancelled effective immediately on 31st December 2020. The Ministry in its remarks has noted ‘Not Required’ as the reason for the cancellation of the satellite TV license.

Separately, the Ministry earlier today cancelled the satellite TV channel licenses of HBO, HBO SD, and WB belonging to Turner International India post the shutdown of the aforesaid channels earlier this month. In other news, the Ministry earlier this month gave the green signal to Mantaro Network to launch ‘News J2‘ which will the second Tamil News channel from the broadcaster. 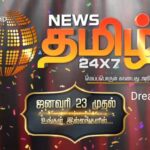 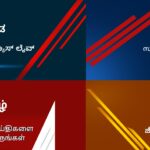