channel switching flicker issue not yet solved.
Click to expand...

HDMI CEC Function is working fine, external devices like AV receiver power 🔌 on and off ect..

A V Mahesh said:
HDMI CEC Function is working fine, external devices like AV receiver power 🔌 on and off ect..
Click to expand...

HDMI-CEC control on TV, you can google, and you will get more idea in shart :

CEC (Consumer Electronics Control) allows for HDMI devices to be controlled with one remote control. If you try to cast to a CEC supported TV while on a different source input (local TV channel, Cable, USB), source input will automatically switch to the HDMI port where the Chromecast is connected.
Last edited: 26 Jun 2022

I was getting a flicker of light some time so did factory reset, Issue got resolved.

Even after factory reset the latest version firmware retained by box , that means they made this new release as a factory default image. Off course the application software we need to update to new. 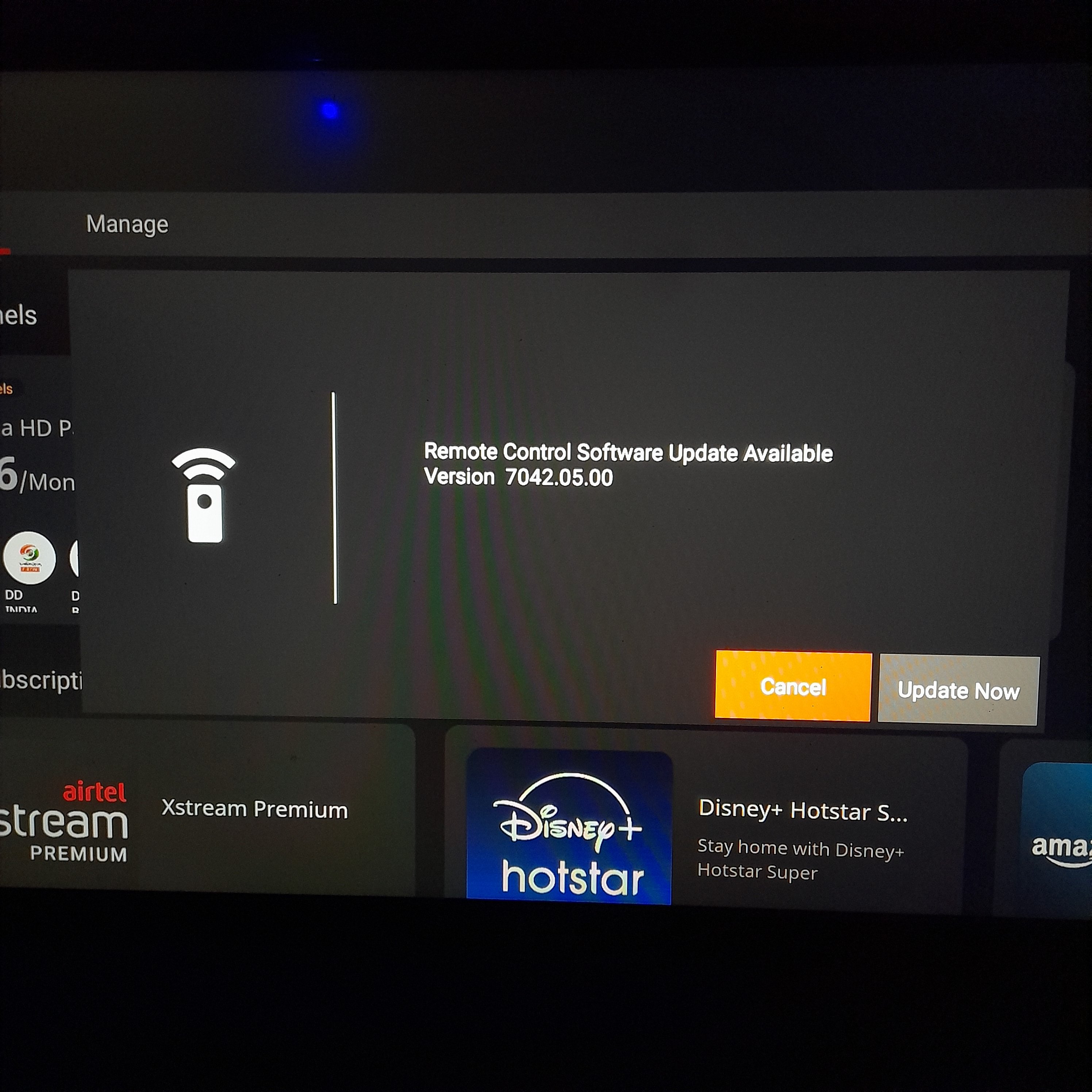 What make difference by update in remote function...

Nothing to do with SW upgrade, recently just before RRR streaming realease zee5 updated their app to support.

Why because lot request went to those app vendor , saying with out dolby watching those moves doesn't make exiting.