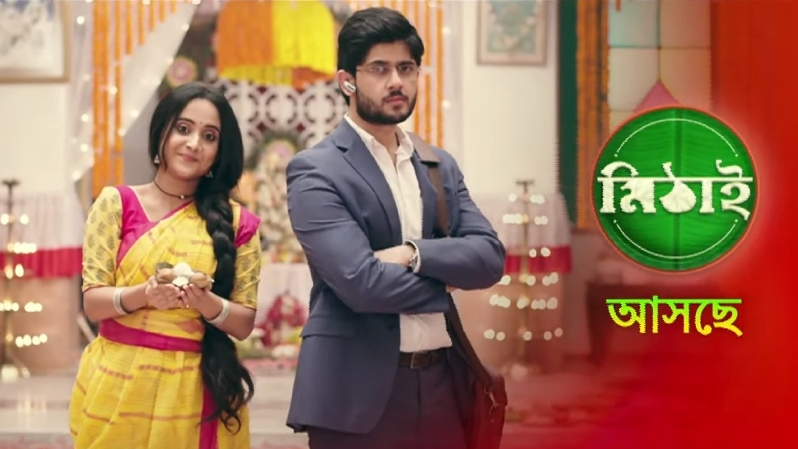 Show - Mithai
Promo - In a house called "Monohara", a traditional Bangali joint family is celebrating some festival, on the event of which various kinds of sweets and delicacies are made as well as bought. One of the guys in the family asks if Sid (another person in the family) won't come. To which he gets the answer that Sid doesn't ever participate in any festival, so it's futile to think he will come now. Then a sweet seller enters their house, announcing the name of the sweet delicacies she sells. Though she is initially told to leave, the old man of the family welcomes her, and asks to taste the "Monohara" sweets. He is amazed by the taste of those sweets, and tells her to give the sweets to all the members of the family. As she approaches the busy office man of the family, Sid, he refuses, saying he hates sweets. The girls says in awe, if she isn't able to make him eat the "Monohara" sweets, her name won't be Mithai then.
Starting Date - TBA (Coming Soon).
Channel - Zee Bangla
Promo given on Zee Bangla YouTube Channel on 01 December 2020.