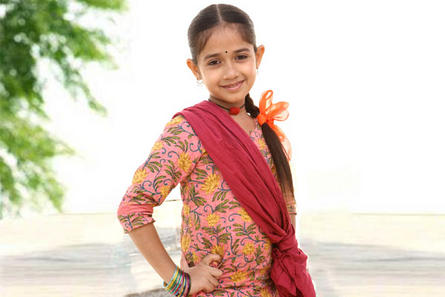 t’s been a while since Phulwa (Jannat) has stayed away from her family but now she will be back in her maternal home in the up- coming episodes of Phulwa.

A source says, “To reward Phulwa for her good behaviour her father-in-law will plan a trip for her and this trip will be to her village. And he won’t take only Phulwa to her maternal home he will take Chehak too. Chehak is always kept in the house as if she moves out the house she will know the truth about her parents and Shankar does not want that to happen. But this time she will go out with her grandfather.

“Back in the village Mangru and his family will be more than happy to see Phulwa back home. The villagers too will welcome her and they will also perform Vat Savitri Puja together. But back at Shankar’s place Mula will conspire against Phulwa. She will give wrong information to Shankar by telling him that Phulwa dragged Chehak with her and an angry Shankar will drive towards her village with Sharbati. However on the way his car will meet with a major accident but he will survive.

“The casting for a grown- up Phulwa is on and the leap should take place in a month or two depending on the TRPs. But if the TRPs pick up the show will go on with Jannat aka Phulwa a little longer. However the channel is looking out for a fresh face instead of an established one.”
Jannat’s father said, “Yes, she will go to her parent’s home but I have no idea about what happens next.”