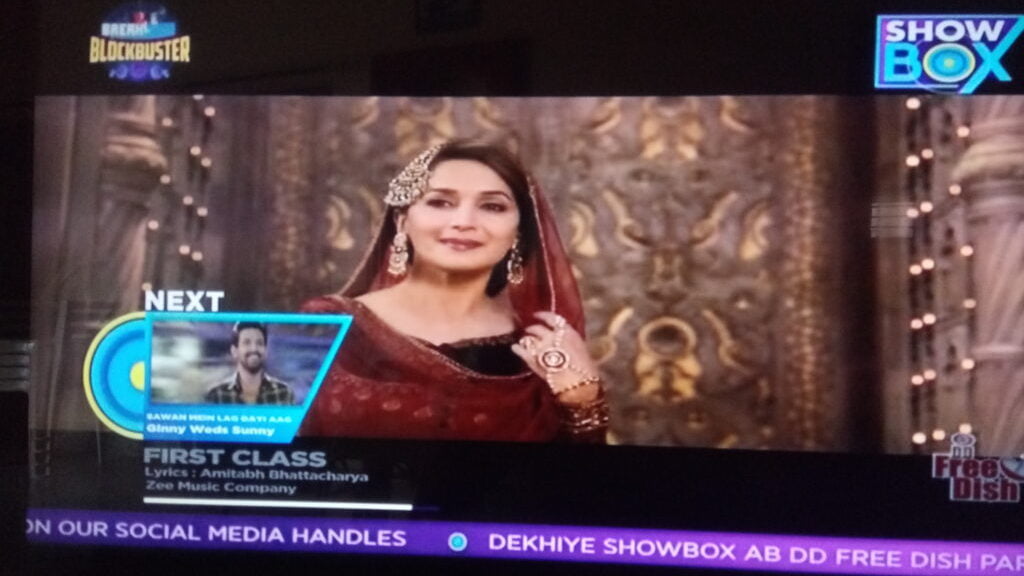 As of Monday (16 August), DD Free Dish has added five new channels on its platform that were successful in the 54th E-auction held recently. These are:

It may be noted that Ishara TV and ShowBox Channel are both owned by IN10 Media Network, which also owns Epic TV, Gubbare and Filamchi Bhojpuri. Of these, Filamchi Bhojpuri (which was renamed from Filamchi earlier this month) is also available on DD Free Dish, like most other Bhojpuri channels. IN10 Media Network has been actively promoting the addition of its two channels on DD Free Dish on social media, with a new programming slate on Ishara TV and an all-new logo and graphics package for ShowBox Channel, which went on air today. ShowBox Channel has introduced a new brand identity with the slogan Dil Ki Suno to celebrate its launch on DD Free Dish.

Ishara TV was launched back in March and has so far not found great traction, since it has been confined to private DTH and cable operators. The addition on DD Free Dish is a potentially big boost for its prospects, as it seeks to provide an alternative to popular Hindi GEC channels on DD Free Dish such as Star Utsav, Zee Anmol, Sony Pal and Dangal.

Meanwhile, Sun Marathi has long been in the planning stage and the Sun TV Network has still not confirmed its launch. It has been in a testing stage for over two years now with dubbed reruns of its South Indian shows. Sun Marathi’s quiet entry on DD Free Dish adds to the state-owned DTH platform’s growing slate of Marathi channels, which includes Fakt Marathi, Shemaroo MarathiBana and more recently Zee Chitramandir, which was launched by Zee in April exclusively for DD Free Dish viewers.

It remains to be seen whether Sun Marathi will be able to replicate the success of Sun Bangla, which is also a free-to-air channel but is not yet available on DD Free Dish. Launched in February 2019, Sun Bangla has found a niche for itself with both original serials and dubbed versions of the Sun network’s South Indian shows, with an HD feed also in the pipeline. It has so far been the only real alternative to the duopoly of Zee Bangla and Star Jalsha. When it launches, Sun Marathi will be up against formidable competitors like Star Pravah, Zee Marathi, Colors Marathi and Sony Marathi and its presence on DD Free Dish could be an important trump card that the others lack.

Speaking of Bengali channels, Enterr10’s free-to-air channel Enterr10 Bangla has also been added by DD Free Dish. Aside from DD Bangla, DD Agartala and the Bangladeshi channel BTV World, DD Free Dish does not have a large number of Bengali channels (including Sun Bangla, as mentioned). Many of Enterr10 Network’s other channels, such as Dangal and Enterr10 Movies, are already present on the platform. Finally, Naaptol is the only teleshopping channel so far on DD Free Dish. These additions take the number of TV channels on the platform to over 110, excluding Vande Gujarat, MHRD and radio channels, as well as channels shared from Dish TV.