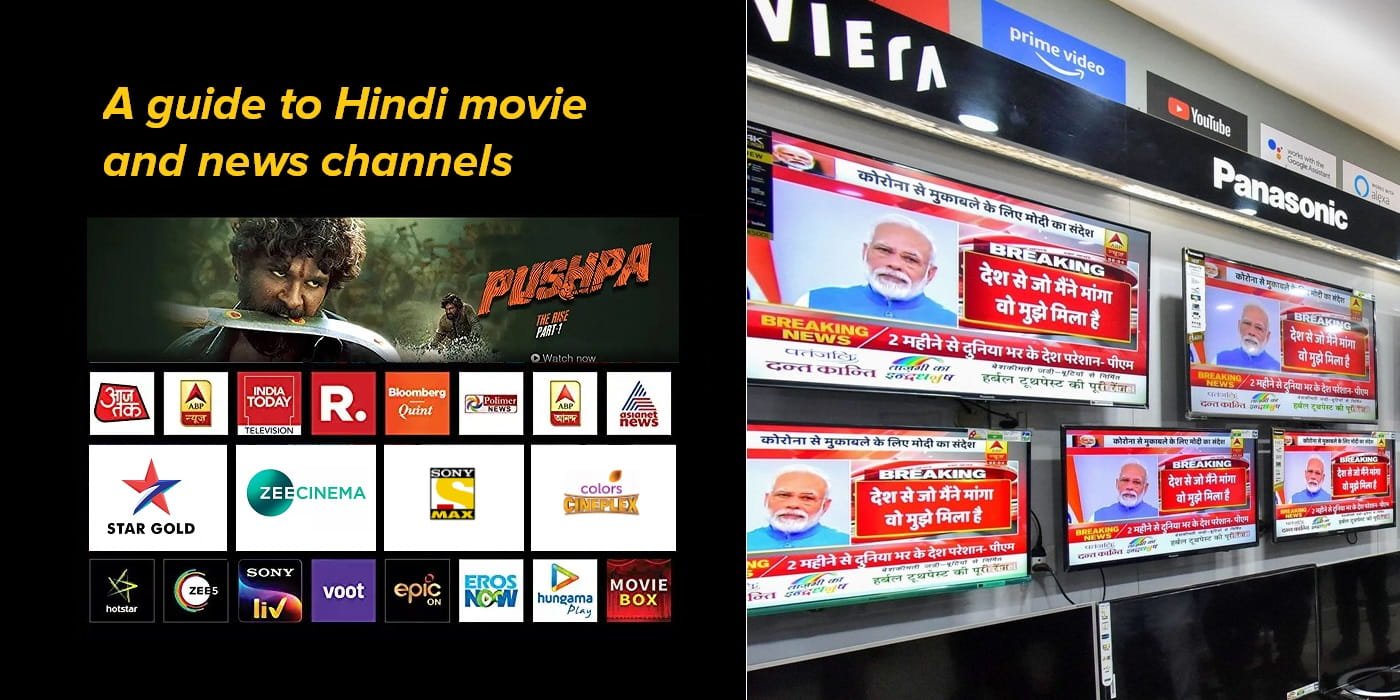 Some of the national news broadcasters have a large presence in Hindi-speaking states such as Bihar, Madhya Pradesh, Uttar Pradesh, Rajasthan, Haryana, Himachal Pradesh and Jharkhand. These include News18, Zee Media, ITV Network (which owns India News and the English news channel NewsX) and the Sahara Samay channels. Others have only a few regional Hindi news channels, such as ABP Network (which operates ABP Ganga in Uttar Pradesh), News Nation (which operates three News State channels, most recently in Bihar/Jharkhand) and BAG Media (which has News 24 Madhya Pradesh/Chhattisgarh). Still others, like India Today, NDTV and TV9, do not operate any Hindi regional channels, although TV9 has several regional news channels in other states.

Apart from this, there are a number of independent channels such as IBC 24 and Bansal News in Madhya Pradesh and Chhattisgarh, Patrika TV (owned by the Rajasthan Patrika newspaper) and First India in Rajasthan, and Kashish News in Bihar. Furthermore, there are also some Urdu news channels to serve the Union Territories of Jammu & Kashmir and Ladakh. These are all summarised in the table below, which is not intended to be exhaustive and so may miss out on smaller channels. For brevity, states are abbreviated to their two-letter vehicle registration codes.

Note that different broadcasters treat the state of Haryana differently, often lumping it with another state, either Punjab or Himachal Pradesh or more recently Jammu/Kashmir as in the case of News18. This can lead to confusion, especially as the resulting names are overlong.

Besides, Doordarshan has separate channels for each of the states and union territories, so instead of lumping together (say) Uttar Pradesh and Uttarakhand, it has separate channels for each, in addition to Haryana, Himachal Pradesh, Goa, Port Blair, etc. Moreover, it has DD Urdu to serve not only Jammu & Kashmir but also other Urdu-speaking communities such as those in Hyderabad and Lucknow, as well as DD Kashir (spelled without the letter M), which is a Kashmiri-language channel.

With all these news channels, the Hindi-language news media landscape is now saturated with constant coverage by hundreds of national and regional channels from big and small networks. This is a far cry from the 1990s when NDTV was restricted from covering national news by the government and eventually collaborated with the then-News Corporation to launch Star News — India’s first 24/7 TV news channel — in 1998, the predecessor to today’s ABP News. Especially in the current sensitive political climate, the choice of news channels that a person watches — in addition to other sources from across the Internet and social media — plays an important part in shaping his or her worldview.