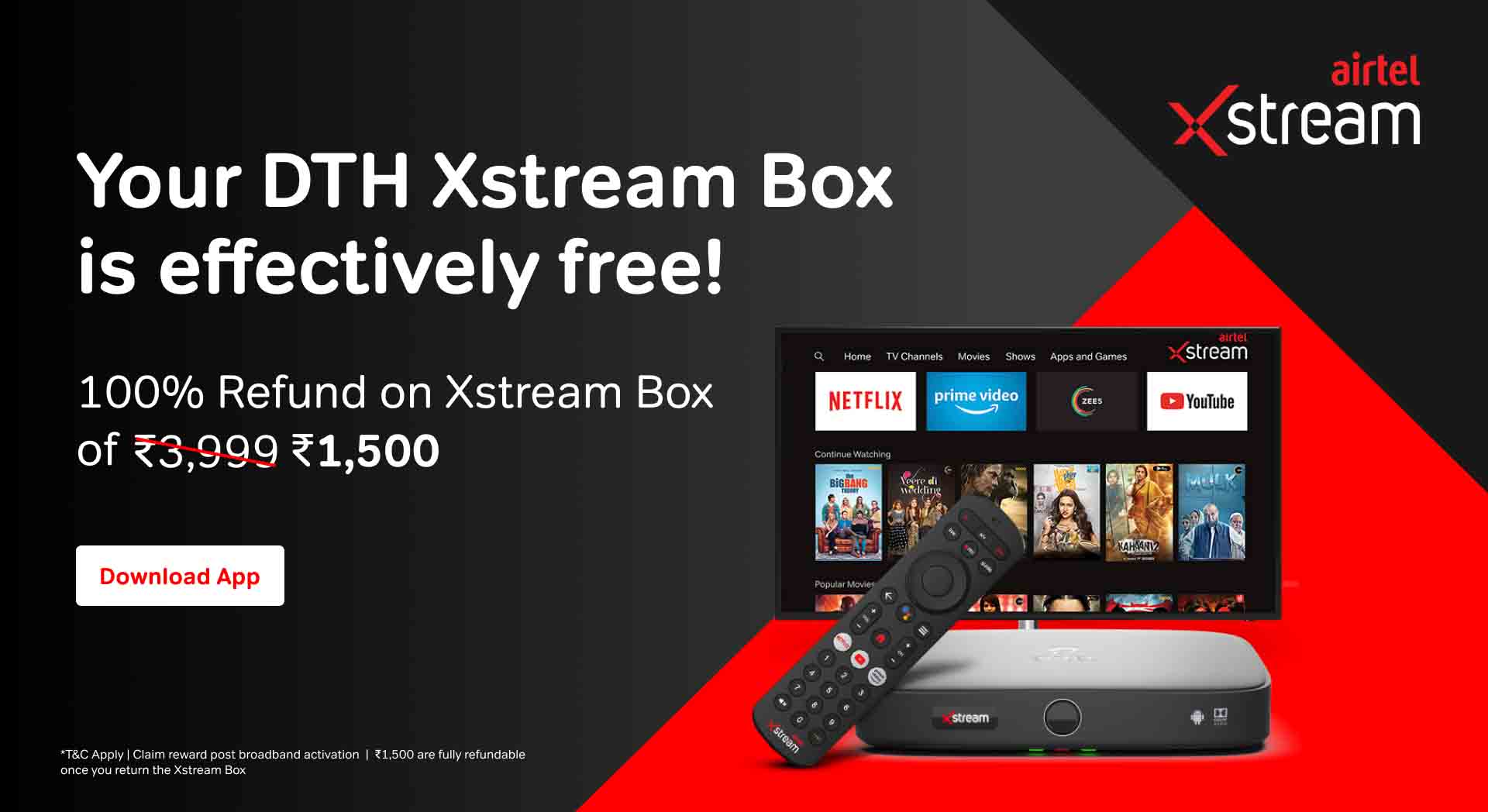 Direct to Home (DTH) operator Airtel Digital TV is now also allowing existing customers to avail its Xstream box proposition at Rs 1500 refundable security deposit provided they are eligible for it and have an Airtel Xstream Fiber connection.

Existing DTH consumers using Airtel’s HD or SD boxes can now also avail the offer provided they are a broadband consumer. The offer will be provided as an upgrade offer with the old box being taken away with Airtel and in turn being replaced with the new Xstream Box.

The box won’t be providing any OTT content, however, Airtel notes that all of its broadband customers today get some or all of Airtel Xstream Premium, ZEE5 Premium, and Amazon Prime subscription as part of their broadband connection.

The Rs 452 pack from Airtel’s stable are high definition packs which has a good mix of GEC, Movies, News, Music, Kids and Infotainment channels with customers also getting mandatory DD channels and a set of 225+ Free to Air (FTA) channels as part of the package.

The URL slug of the pack list image indicates that the terms and conditions page was updated on 24th July or later. Airtel customers can change the plan of their choice anytime through the Airtel Thanks app, Xstream app, TV app, local retailer, or through the call center.

Airtel states that it has an exciting lineup of plans starting at as low as Rs 199 per month for Xstream Box customers who just wants to primarily watch OTT content and not linear content. The minimal cost for the Xstream Box to be active for usage is Rs 153 per month which will provide you 225+ free channels along with the mandatory DD channels.

The expansion of the Xstream Box proposition at Rs 1500 refundable security deposit is an attempt to cross-sell Airtel’s hybrid STB to its broadband customers.