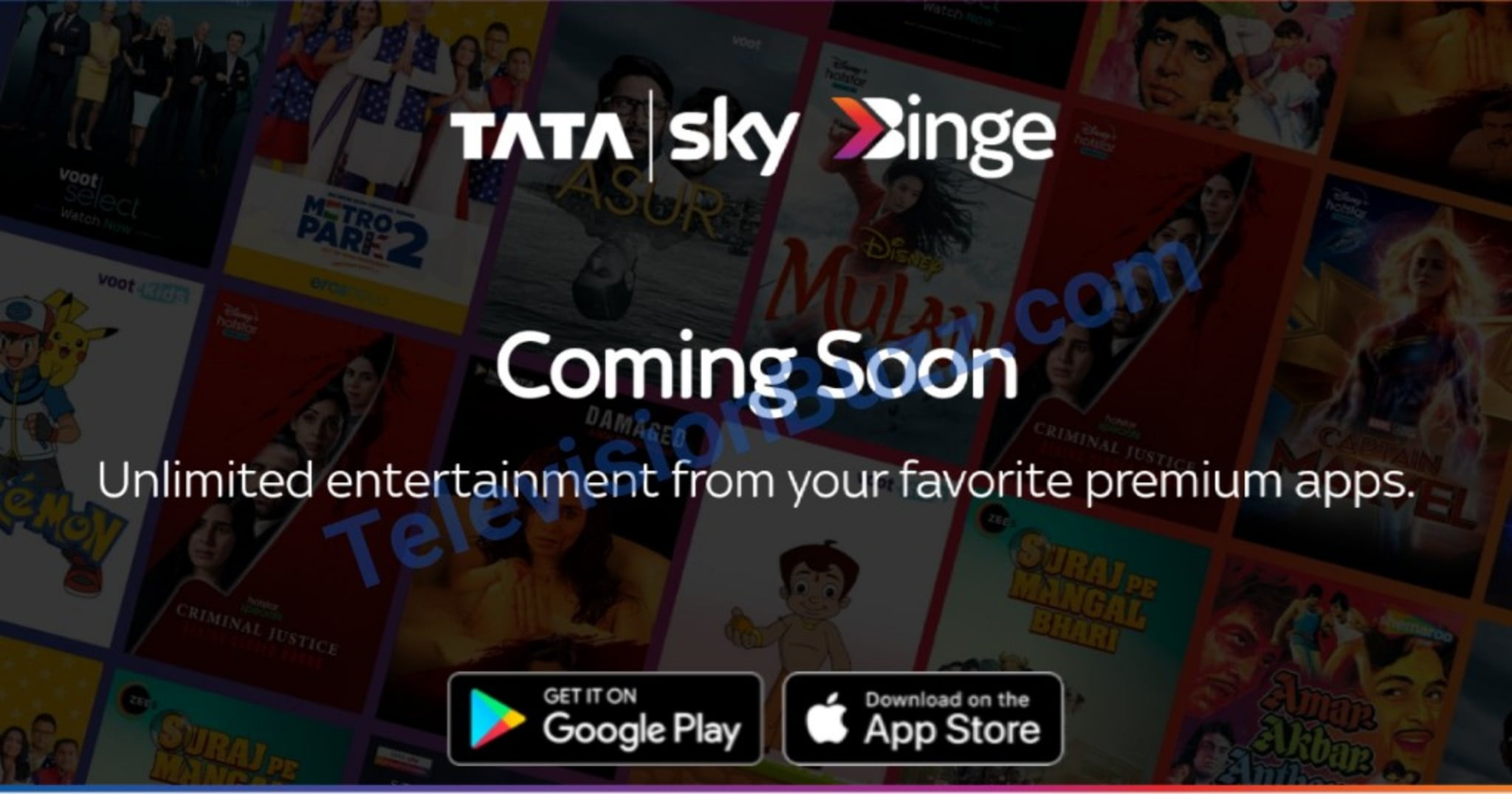 Tata Sky currently offers premium subscription to 10 OTT apps at a monthly cost of Rs 299 per month but even after paying this amount subscribers can only access these content on TV, not on any other devices which has been a deal-breaker for many users, however, we are bringing good news to you, it looks like that the company has finally heard its customers concerns.

A few days ago we broke the news that Tata Sky Binge+ users are set to receive cloud recording feature, now we have found that a dedicated Tata Sky Binge app for both Google Play Store and iOS App Store is in development along with a website to watch your shows on laptops and PCs as well by using browsers.

This service will be available for free to all Binge subscribers and users will be able to link up to 3 devices per subscriber ID with Tata Sky for the Binge Mobile App. However, it should be noted that concurrent streaming on multiple screens will depend on partner app rules.

As mentioned earlier, this feature is currently under development but you can take a sneak peek by going to the official website ‘www.tataskybinge.com’. On filling details of a Binge subscriber and OTP or password you will be logged in and presented with a page that will show your subscription plan. The same page also reveals that you won’t be enjoying all apps on multiple devices, among the 10 apps, Eros Now, SonyLIV, and SunNXT content will be available only on TV.

Although 3 platforms are currently not onboard but users will be free to watch content from the remaining 7 apps that includes Disney+ Hotstar, Zee5, Voot Kids, CuriosityStream, ShemarooMe, Voot Select, and Hungama Play. This is a step taken in the right direction by Tata Sky as there are many people who didn’t like the restriction to watch content just on TV and we expect the service to be officially launched very soon.