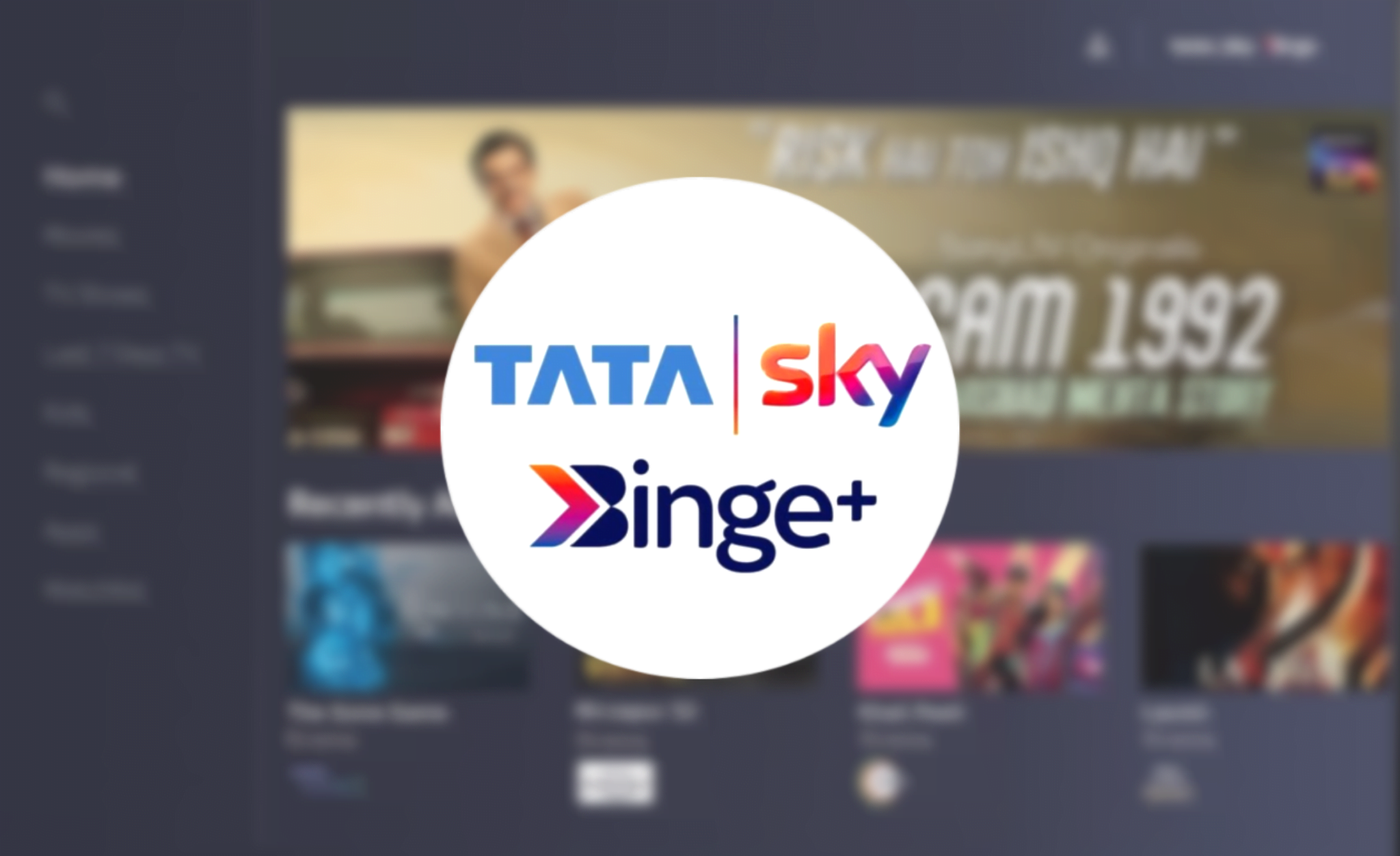 Tata Sky’s hybrid Android set-top box is set to get one more feature in its already big list. The DTH company has today launched its new cloud recording feature for the Binge+ set-top box (STB) that now gives users the ability to record and play their favourite shows anytime.

Until now recording was exclusive only for the HD+ PVR box users while Binge+ subscribers had to buy Binge pack and watch 7-days catch up content from Tata Sky library, this changes with the launch of cloud recording.

The Cloud recording service requires users to first subscribe in order to record anything and for this, two packs are also launched namely Tata Sky Record Basic which will be free of charge and Tata Sky Record Premium that is priced at Rs 199 per month.

The recorded content will be stored in the cloud instead of internal or external storage, and space in the cloud will depend on the plan you have opted for. This also means that you need an internet connection to record or watch and the quality of recording will depend on your data speed.

Apart from these limitations, unlike HD+ PVR box, the content available to record will depend on rights specified by broadcasters or channels, so you might not be able to record some shows, and recorded content might get deleted if the broadcaster has set channel/event specific conditions.

Tata Sky Record Basic is free for all Binge+ users and allows to record up to 25 hours of content but you can only record one program at a time. Under this plan, the recorded content will automatically expire and get deleted after 3 months, if the subscription is dropped recordings will be kept for 48 hours, while in case of account deactivation due to low balance it will be removed after 2 weeks or 14 days.

The paid plan, Tata Sky Record Premium, allows 4x more i.e. 100 hours of content to be recorded with recording of 20 different programs simultaneously. Under this plan there is no expiration of recorded content, it won’t get deleted automatically after certain time period, however, if the account is deactivated then the content will be removed after 30 days and if the subscription is dropped then recordings will be kept only for 48 hours.