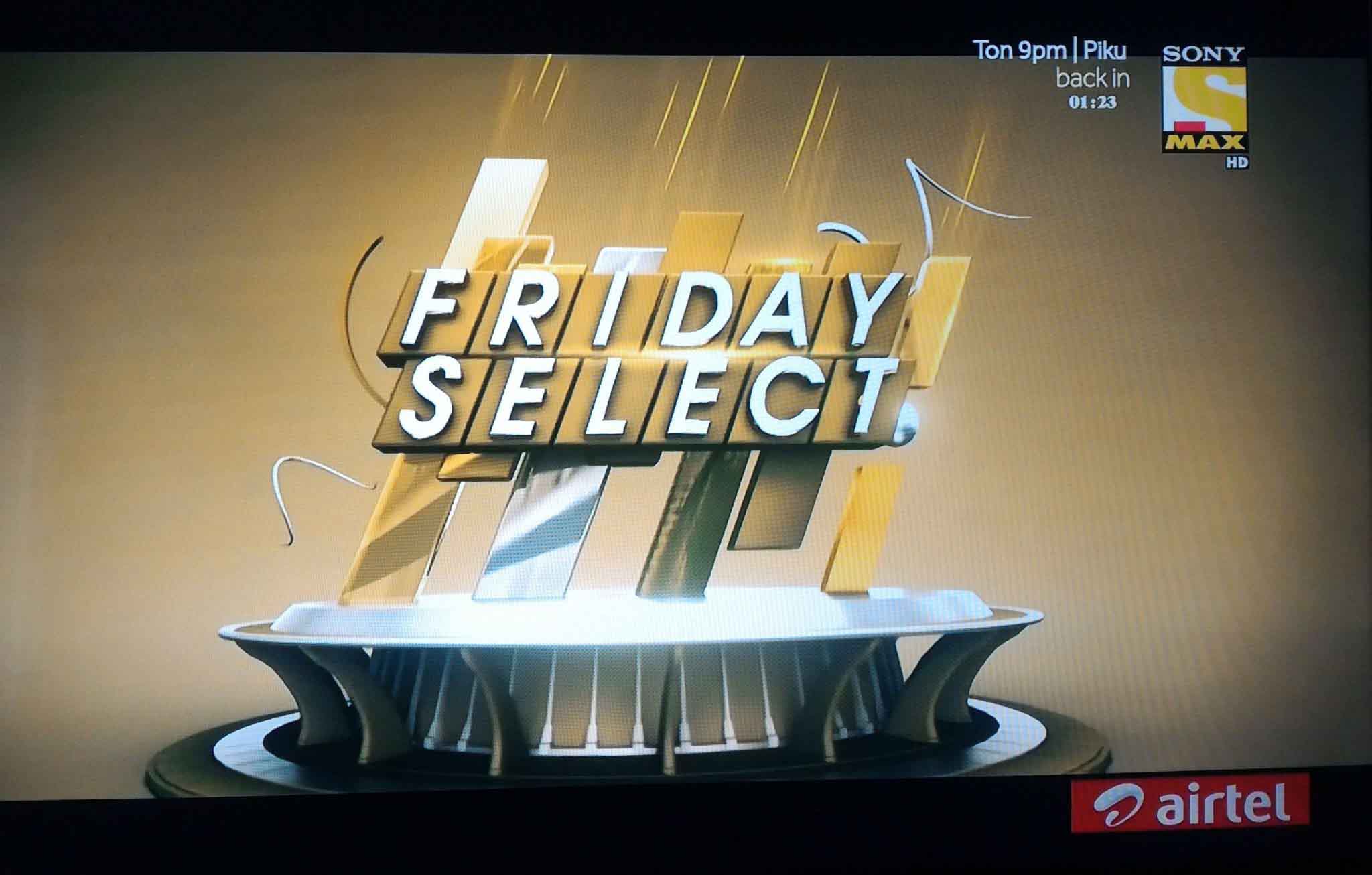 As Sony Max underwent a brand refresh on Saturday (20 July) to celebrate its 20th anniversary, and Zee’s premium Hindi offering &xplor HD gears up for a full-scale launch, it’s worth a look into how far Hindi movie channels have come.

90s kids may remember the launch of Zee Cinema in 1995. Till then, movies on channels such as DD National and DD Metro were limited to the weekends, maybe once a week during the weekdays. Zee Cinema (and later Sony Max in 1999, and Star Gold in 2000) shook up Indian TV. The latest Hindi movies were now available to watch in the comfort of our homes. Of course, we feel this was nothing compared to the apps and services we have today, but it is nevertheless fascinating to track how these three channels and their ilk have changed over the years.

Cut to more than 20 years later, and these three channels have transformed beyond recognition, and the scores of other Hindi movie channels that have been launched since then have had to follow these changes. As the tastes of the Hindi rural hinterland (the main catchment area of these channels) have changed, South Indian (except Malayalam) movies have taken over the programming schedules of most Hindi movie channels, with a few exceptions. This is certainly a negative development for Bollywood lovers, as they may be forced to turn to Amazon Prime, Netflix or another streaming service to catch a lesser-known movie since they are often relegated to the background after the first world television premiere. But some broadcasters — particularly Zee — are not dim-witted either, and with Zee having soft-launched the premium HD-only channel &xplor HD, its ninth(!) Hindi movie channel, it is worth an exploration into this eyeball-grabbing genre.

Then came Goldmines Telefilms, a company that dubs popular Telugu movies into Hindi. Sony was quick to seize the opportunity with both hands, and Sony Max spent much of 2014 and 2015 squeezing in Hindi premieres in the middle of its South-dominated schedule. Max quickly took the lead in TRPs, and Zee Cinema, Star Gold, and UTV Movies had no choice but to follow. When Viacom18 stepped into the Hindi movie genre with Rishtey Cineplex (now Colors Cineplex) in 2016, the formula had pretty much been set in stone: Tollywood (the Telugu Tollywood, not the Bengali Tollywood), along with Kollywood, takes precedence over Bollywood. (For the record, the Bengali channels Jalsha Movies and Zee Bangla Cinema have also started showing South dubbed movies.)

However, the other networks have not completely sacrificed new Hindi acquisitions at the South altar, compared to Sony, for whom Hindi movies are nowadays only a token symbol. Of course, Sony has always been the exclusive satellite partner of the storied Yash Raj Films production house, but since it has that cushion (along with its in-house company, Sony Pictures Networks Productions, as well as a recent agreement with T-Series Productions), it hasn’t really looked elsewhere since 2015.

Sony Max wasn’t even available in HD until Christmas 2015 when Max HD was launched. For the first two years, Sony Max HD was like a Bollywood fan’s dream come true: it was the forerunner of today’s Star Gold Select and Zee’s newly-launched &xplor HD. It showed all sorts of Hindi movies: the latest blockbusters, older hits from the 1990s and 2000s (including many from the YRF library), arthouse movies such as Shahid and CityLights that were shown in the ‘Friday Select’ segment, and even a bunch of classic Hindi movies painstakingly remastered in HD.

But this was too good to last. In late 2017, Max HD became a near-replica of the SD channel, as South movies ate up most of the programming schedule, leaving all Hindi movies (other than the biggest blockbusters) for ungodly hours such as 1am and 5:30am. The situation has not changed since. Ironically, the most recent rebrand film celebrating the channel’s 20th anniversary pays a tribute to YRF movies new and old, yet they are not given much prominence on the channel (unless they are blockbusters such as Dhoom 3 and Tiger Zinda Hai).

Similarly, the more popular Hindi movie channels — Zee Cinema, Star Gold, &pictures and Colors Cineplex, to name a few — are only too happy showing a Telugu and Tamil diet, whether in SD or in HD. This is also true of some channels from big networks with a smaller footprint, such as UTV Movies, Zee Action and Movies OK. In fact, completely unrelated movies are bunched together, for example Khatarnak Khiladi 2, 3 and 4 (in fairness, Goldmines Telefilms is at fault for stamping the same name with a number across many unrelated Telugu movies). However, Colors Cineplex HD has a growing library of Hindi movies — including Padmaavat, Kapoor and Sons and Andhadhun — that is given a fair amount of airtime, even though it is a smaller library than the three bigger networks (Zee, Star and Sony).

Some other channels (specifically &pictures HD, UTV Action and UTV HD) show a large number of dubbed Hollywood movies in addition to Hindi movies, which is somewhat positive since the dubbing quality is better for English movies; indeed, &pictures HD and UTV HD do not show South at all. But this leaves Bollywood-philes at a loss: if the satellite rights of their preferred Hindi movie wind up with the Sony network, they might as well not waste time trying to watch it on TV.

All is not doom and gloom

Of course, there is also a destination for such arthouse cinema as Masaan, Love Sonia, and Waiting: Star Gold Select, a channel showing exclusively Hindi movies (both famous and otherwise) from the 2000s and 2010s, with no South whatsoever. In addition to those, it has some of the more popular hits that have nevertheless struck a chord with critics, Pink and Neerja being two prime examples. Strangely, it has not shown any movie released since 2018, such as Sanju, Stree, and Badhaai Ho; these have been entirely left to Star Gold (and often Star Plus).

This month, Zee, which has a strong grip on this genre, also ventured into this space with the soft launch of the HD-only channel &xplor HD. Having successfully launched &privé HD in the Hollywood department in 2017, Zee is trying to replicate the premise of meaningful cinema in Bollywood with greater success than Star Gold Select, which has not gathered too many eyeballs. &xplor HD has a slew of critically-acclaimed titles such as Gully Boy, Tumbbad, Article 15, and Manmarziyan, some of which have been premiered on the network’s two flagship Hindi movie channels (Zee Cinema and &pictures). The efforts of Star and Zee are ensuring that critically-acclaimed but less mainstream productions continue to find a home on TV.

There is also Zee Bollywood, a channel that replaced Zee Classic in August 2018, though the latter was resurrected in May this year. Its tagline, 101% Shuddh Bollywood, is self-explanatory, though it does not show only classic movies (like Sony Max 2) or only recent movies (like Star Gold Select), but rather a mixture of 1990s, 2000s, and 2010s movies. Some people have said that this is nothing but a relaunched version of Zee Premier, which was launched in 2005 along with Zee Classic and Zee Action but was shut down in 2015.

Much like in the cities, the rural areas of India’s Hindi-speaking hinterland have developed a strong affinity towards Telugu and Tamil films. It is largely this audience that Sony Max targets and gets most of its TRPs from. However, more than pay channels such as Sony Max, it is the free-to-air channels on DD Free Dish that are making the most of the South carnival, such as Enterr10, B4U Movies, and the recently-launched B4U Kadak, as well as much smaller channels like Skystar Filme, Surya Cinema and Indian Fashion TV (Movie Plus). These channels have also bet on the Goldmines Tollywood library, which they show along with some older Hindi movies that have not been snapped up by the big networks.

Moreover, Tollywood was also the staple diet of Star Utsav Movies, Sony Wah, and Zee Anmol Cinema, which were available on DD Free Dish (along with Colors Cineplex) until February this year. Since their removal from Free Dish, they have realized that they can no longer be buoyed by the rating booster that is the rural audience, so they have been forced to come out of their cocoon in order to stay relevant. Zee Anmol Cinema, in particular, has almost entirely abandoned South movies in favor of little-known 1990s and early 2000s movies that are rarely shown on TV, so it may be building a niche for itself within the crowded Zee bouquet of nine Hindi movie channels.

The flood of Telugu, Tamil and Kannada movies has taken over the great majority of Hindi movie channels. For a big-budget production like a Baahubali or a KGF, a Hindi dub is greatly appreciated, but when very small films like Dangerous Khiladi 7 take up the schedule for themselves at the expense of good Hindi movies, Bollywood lovers are very often turned away from the television set. Fortunately, Zee and Star, with their Bollywood-only channels, have dedicated offerings for such cinephiles. Even Sony, which is generally considered to be the biggest culprit as far as sacrificing Bollywood at the altar of Tollywood is concerned, has taken care of classic movie watchers with Sony Max 2, even as the race for eyeballs gets tighter across genres.