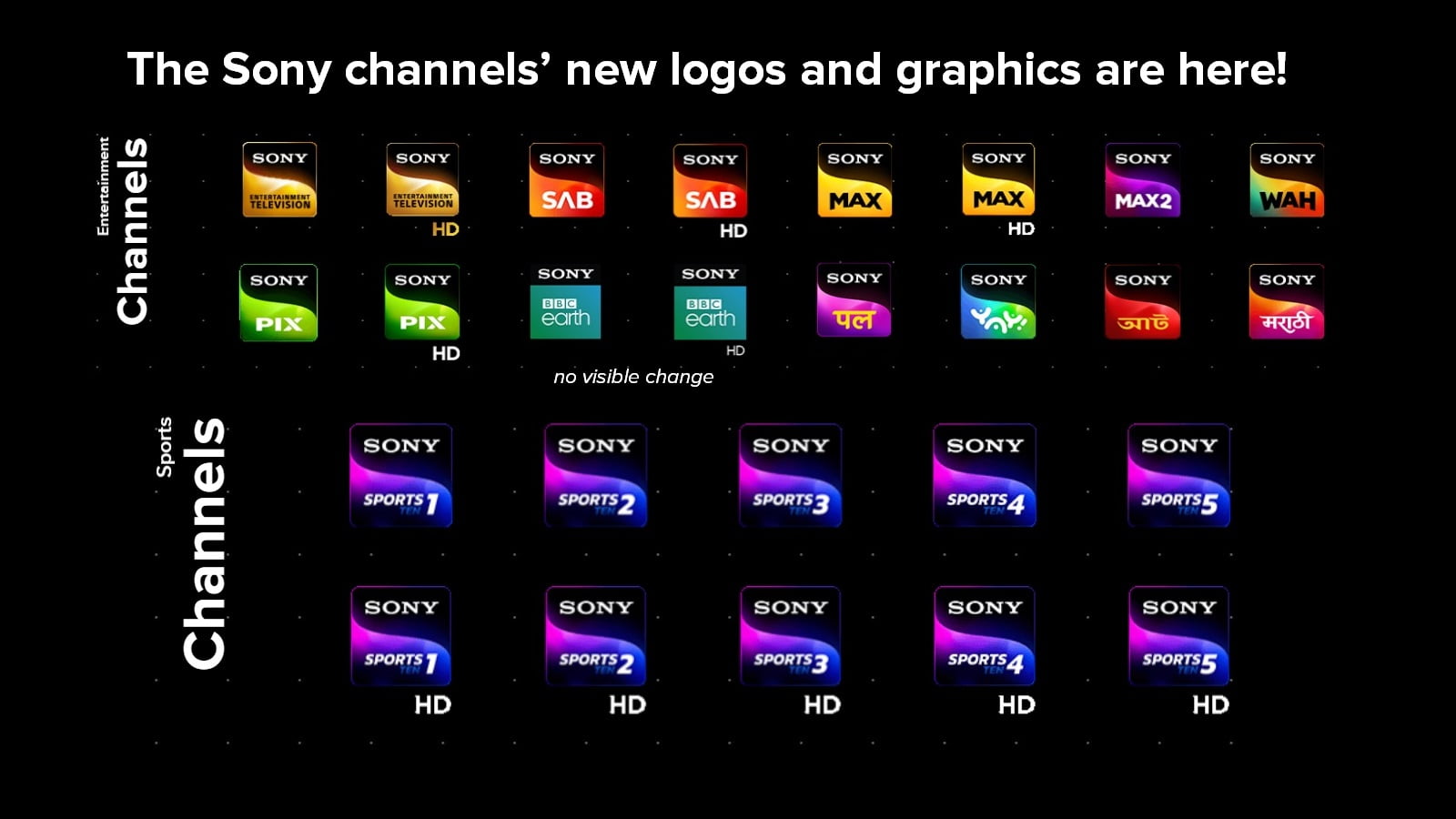 After being tested over the past few days on certain Hindi channels, all the channels of Sony Pictures Networks — officially known as Culver Max Entertainment — have rebranded with all-new logos and graphics on the midnight of Monday (24 October), coinciding with the auspicious occasion of Diwali. The new logos incorporate the curve that was first introduced by the international versions of Sony Channel in 2019, and then the broadcaster’s streaming service SonyLIV during its rebrand in May 2020 — which was, until now, Sony’s only Indian property to use the new logo style. In addition, the Sony sports channels now use a single Sony Sports Network brand and have renamed themselves as Sony Sports Ten1–5, with Sony Six becoming Sony Sports Ten5.

This also marks the end of the historic ‘S’ logo that Sony has been using in India since its foundation here in 1995. It was only in September 2011 — when the Hindi music channel Sony Mix was launched (which shut down in 2020) — that all the Sony channels at the time (i.e., SET, Sony Sab, Sony Max, Sony Pix and Sony Aath) added the word ‘Sony’ to the top of their logos, which has been the case for all Sony logos ever since. This is also the case with the new logos of all the Sony channels, where the top half of the logo is uniformly black and contains the instantly-recognisable Sony logo that has been a staple of Indian television for 27 years.

Each channel has also introduced a new graphics package that shares the same colours and other similarities with its predecessor. As much as the new logos are a drastic and massive change, the new graphics are not as stark a departure. So, Sony Entertainment Television (SET) or Sony TV’s new logo may be mostly gold, but the new graphics use the same violet-and-orange colours and similar spinning geometric patterns that were introduced with the previous rebrand in 2016. The Hindi movie channels Sony Max and Sony Max 2 have persisted with yellow and purple, respectively, in their new logos and graphics, while their English counterpart Sony Pix continues to use green.

Meanwhile, Sony Sab and Sony Marathi have both stuck with orange in their logos with a hint of pink, and the Bengali channel Sony Aath still uses red, while the free-to-air Hindi GEC Sony Pal continues to use a purple-and-pink combination, and the kids’ channel Sony Yay remains blue and green. Only the factual entertainment channel Sony BBC Earth is seemingly unchanged — not incorporating the curve of the other logos — but there is still a small tweak: the Sony wordmark in the top box has been shrunk and no longer touches the margins.

Their new blue-and-purple logos and graphics are also a sharp departure from the previous (decidedly unprofessional) logos, with a large blocky blue channel name in a box below the black Sony logo. Note that the word ‘Ten’ is hardly visible as it is blue text against a dark background. This may be an intentional decision from the broadcaster as it may want to project its sports channels as using the new uniform ‘Sony Sports’ brand, on par with its biggest competitor, Star Sports.

All the new logos have been uploaded on the corporate website of Sony Pictures Networks, as well as updated in the live-TV section of the SonyLIV streaming service, which has paid live-streams of all Sony channels that are accessible with a subscription. This rebrand brings the Indian channels on par with their foreign Sony-branded counterparts in terms of visual identity — while retaining a unique Indian flavour — and sets an important precedent for the broadcaster as it prepares for its grand merger with Zee Entertainment Enterprises, which is expected to happen in the near future.