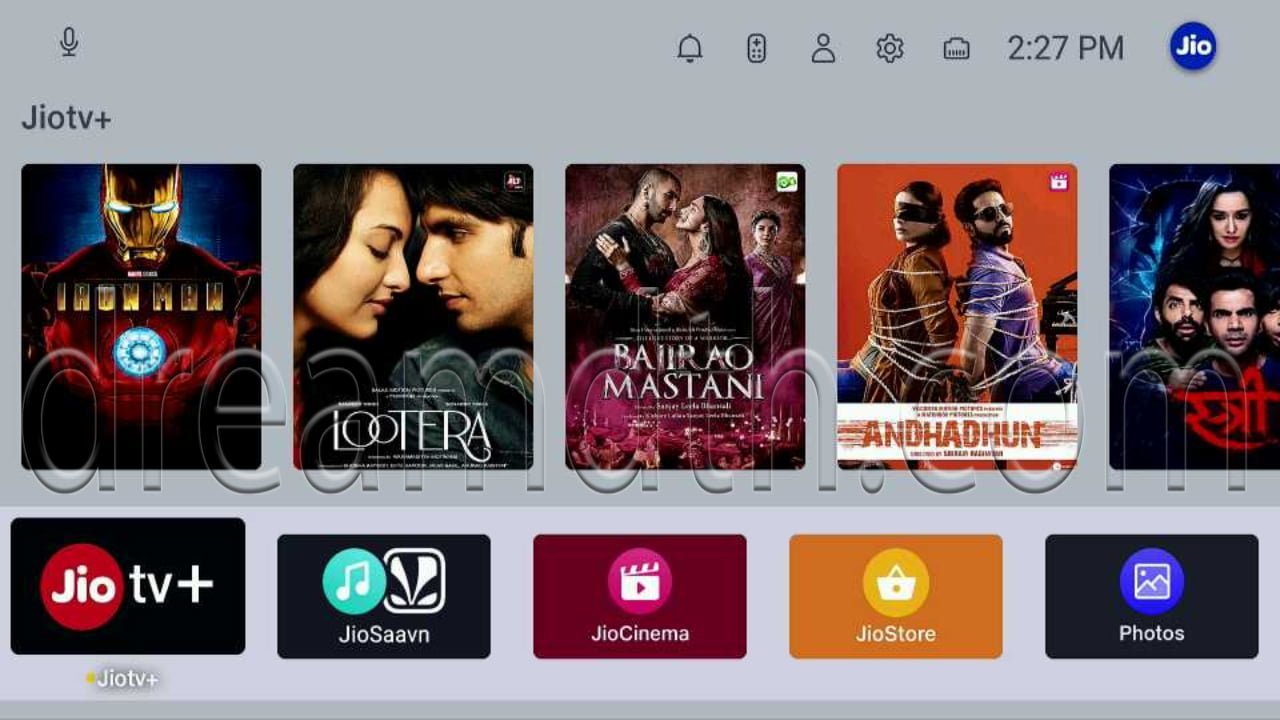 Over the past few days, we have come across a lot of sneak peeks into the upcoming smart streaming devices from Reliance Jio. In our last review of the Jio non-RF STB, we exhibited the hardware of the device along with its tech-specs. In this article, we will have a look at the user interface and app ecosystem of the device.

This box does not have live Tv capabilities at the moment due to lack of RF input or the Jio Tv app but it does have Jio Tv+ app which is basically like Patchwall in Mi Tv and it aggregates video content from various streaming apps like Eros Now, Alt Balaji, etc. Apart from Jio TV+, there seems to be a separate custom version of all the Jio apps such as JioSaavn, Jio cinema, etc.

YouTube app can be installed exclusively through the Jio store app since this device lacks the Google play store, being a forked version of Android. Both YouTube and Sonyliv seem to be a custom app created for Jio based on their package names “YouTube” (com.jio.yt) and “SonyLIV” (com.jiotv.sonyliv). But their functionalities are the same as the original app. Youtube plays 4k HDR video without any issues.

The box seems to have native DLNA support. It was able to play a 4K HDR stream from our Network Attached Storage (NAS) server without frame loss using the built-in Photos app. Jio Games app seems to have some issue since It wasn’t working as of writing the review.

Overall impression:
All the hype that was created for the STB is definitely not worth the wait. Even if Live TV is added in the future we are still limited only to the JioStore for installing new apps, no option of Google Play store. Also, no support for Google assistant or built-in Chromecast could be a dealbreaker for many. Comparison of Jio IPTV STB with Airtel Xtream or Hathway Playbox or ACT Stream4k is like comparing android TV which is prevalent now vs smart TV or internet-connected tv from the past.