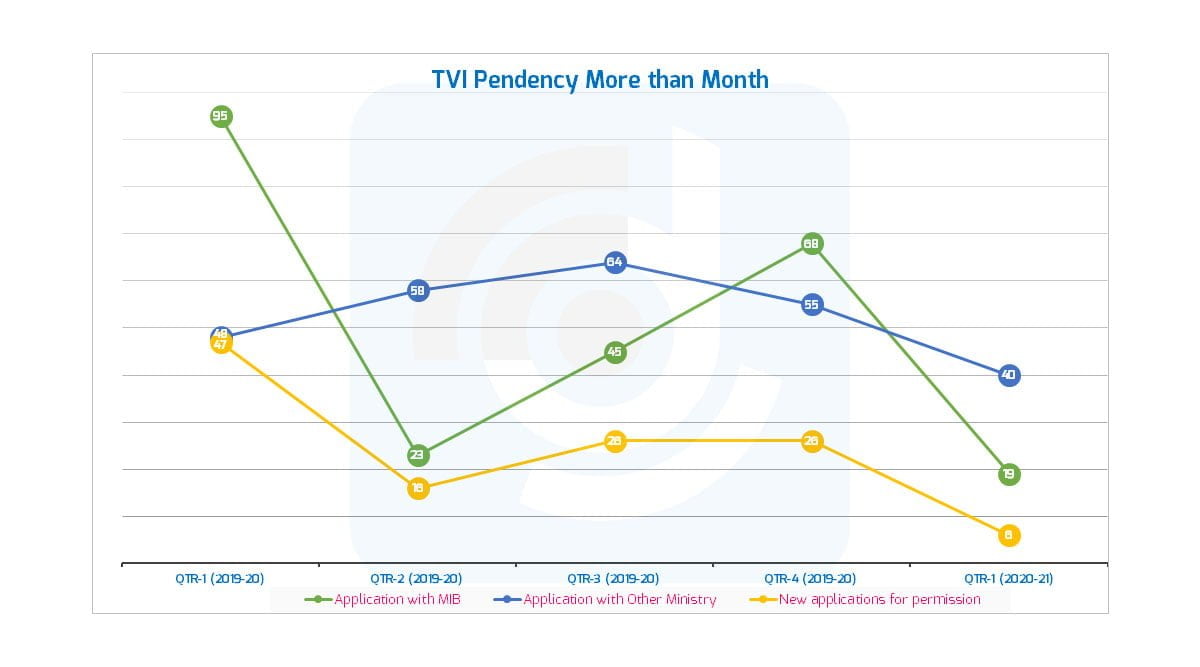 The number of new applications for TV license permission has hit a 15 month low in Quarter 1, April – June (2020-21) according to the statistics provided by the Ministry of Information and Broadcasting (MIB). The Ministry revealed the statistics in its quarterly performance report titled ‘TVI Pendency More than Month’.