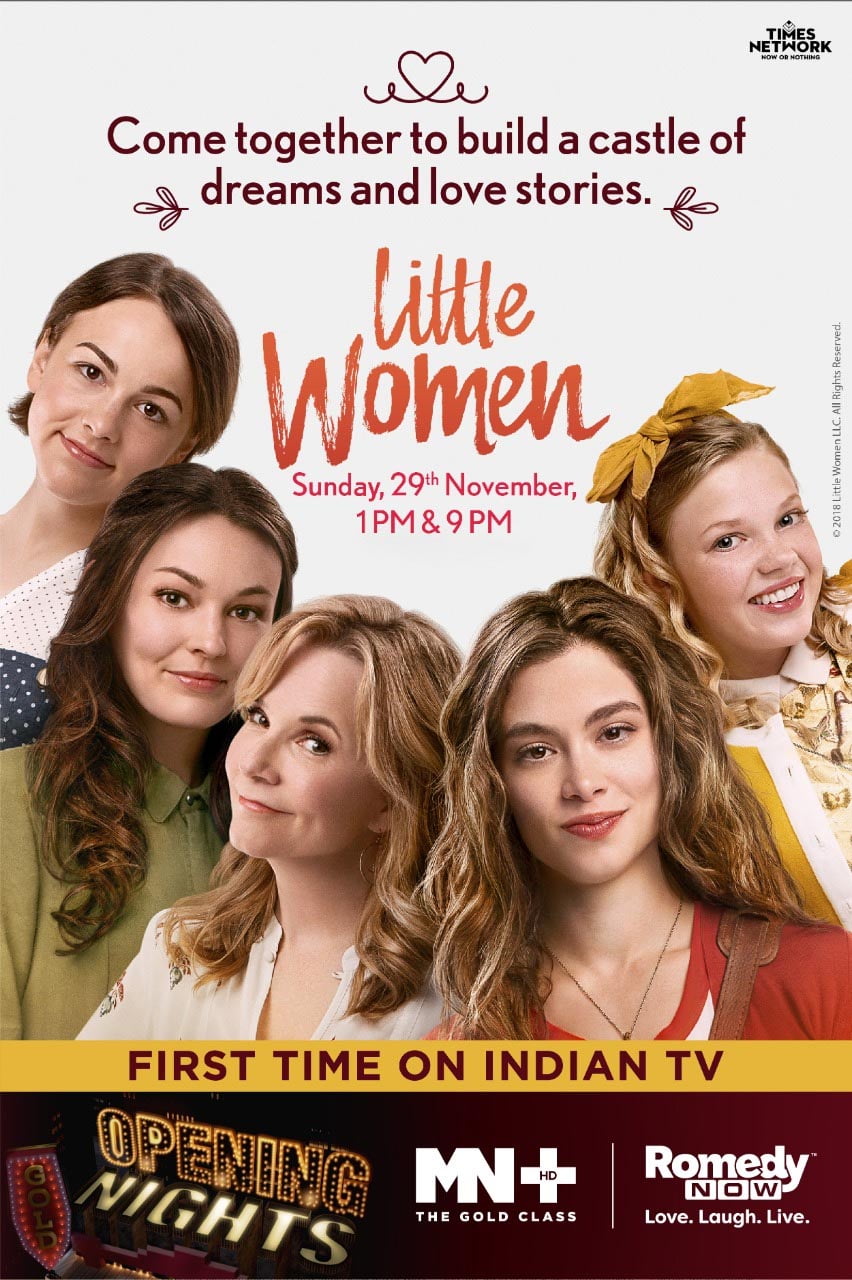 MN+ and Romedy NOW are all set to simulcast the Indian Television Premiere of ‘Little Women’ tomorrow at 1 PM with a repeat telecast at 9 PM which is an adaptation of Louisa May Alcott’s 1868-69 two-volume novel of the same name ‘Little Women’ which is a modern retelling of the original story marking the 150th anniversary of the release of the book.

The movie directed by Claire Niederpruem features Lea Thompson, Sarah Davenport, Allie Jennings, Melanie Stones, Taylor Murphy, and Elsie Jones. Little Women follows the lives of four sisters – Meg, Jo, Beth, and Amy March detailing the passage from childhood to womanhood predominantly focused on Jo, an aspiring writer living in New York while back home in Massachusetts, her sisters carry on with their own lives.

The film weaves together their past and present which shows them cling to optimism during harsh times and mature as they face blossoming ambitions and relationships as well as tragedy while maintaining their unbreakable bond as sisters.

NTO 2.0 to have nil or marginal impact on subscription revenues: Sun TV Network