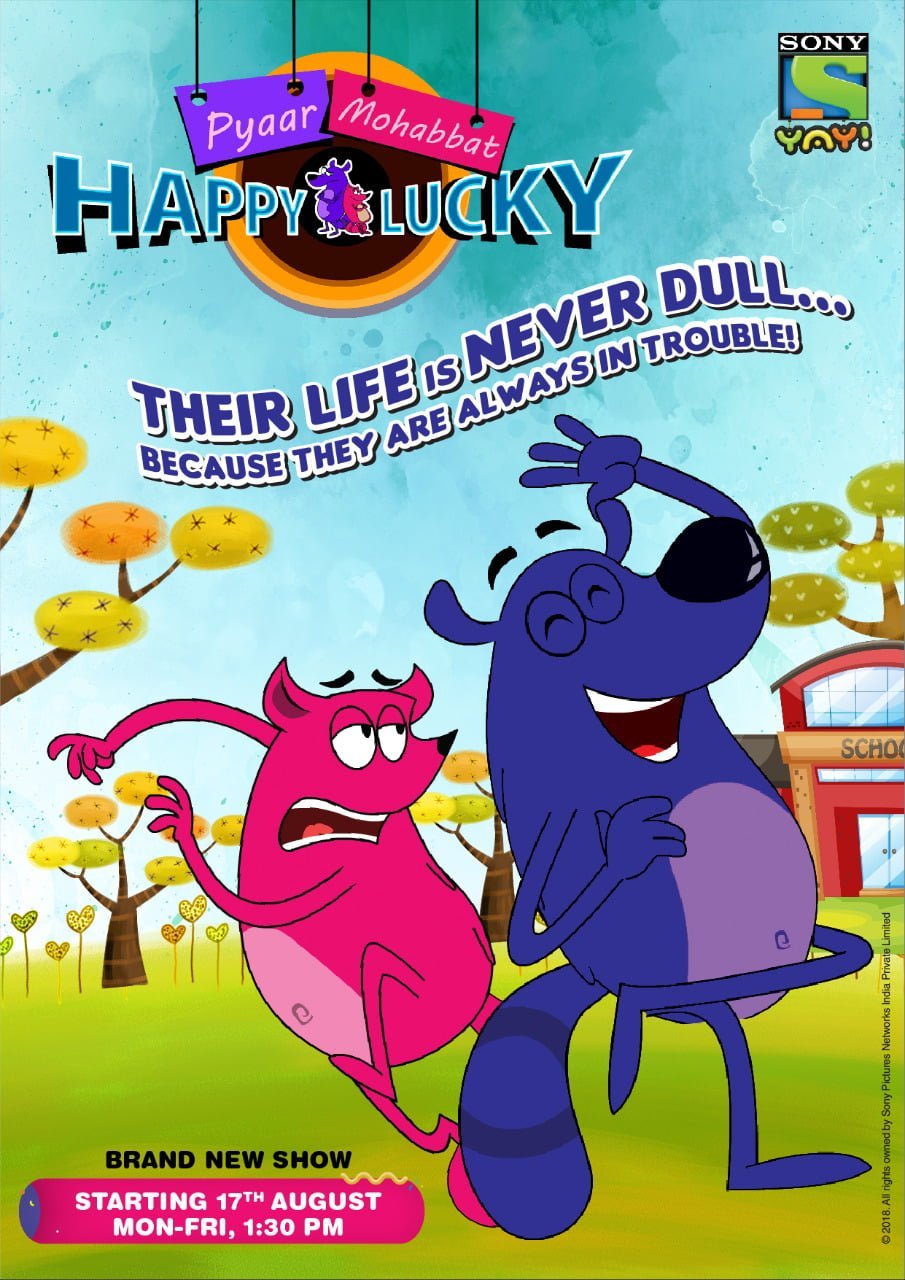 Popular kids’ entertainment channel Sony YAY is adding yet another comedy show “Pyaar Mohabbat, Happy Lucky” to its line-up, starting 17th August, Monday to Friday at 1.30 PM. It is a new hilarious chase comedy that offers kids a chance to take an epic mischief-filled ride with the lead characters Happy and Lucky.

The show tracks the journey of two neighbours- Happy and Lucky who believe in giving each other a taste of their own medicine through their daily mischief against each other, leaving the audience in splits.

Along with the mischievous duo, they will also witness the funny banter with their friends – Bunty, the Bull and Pappu, who live with them in the countryside. Together they will create a hilarious story in each episode leading to an engaging comedy of errors.

Sony YAY has ensured that its programming lineup caters to kids’ unique tastes and this is yet another step in that direction.  The channel has produced 6 original shows within one year and it is claimed to be the first kids’ channel which is available in 7 languages. With the launch of a show based on slapstick comedy, the channel offers an added width to the existing lineup that amplifies the fun and excitement amongst their young audiences.

Leena Lele Dutta, Business Head, Sony Pictures Networks India, Kids’ Genre, said “This year Sony YAY! continues its endeavour to enrich its content ecosystem and playing to our strengths of creating home grown Indian content. As children spend more time at home watching our shows, we have planned new offerings that makes our library all the more robust and engaging for them. I am sure with the launch of Pyaar Mohabbat Happy Lucky our audiences will be treated with   mischievous characters of Happy and Lucky and their fun-filled adventures.”