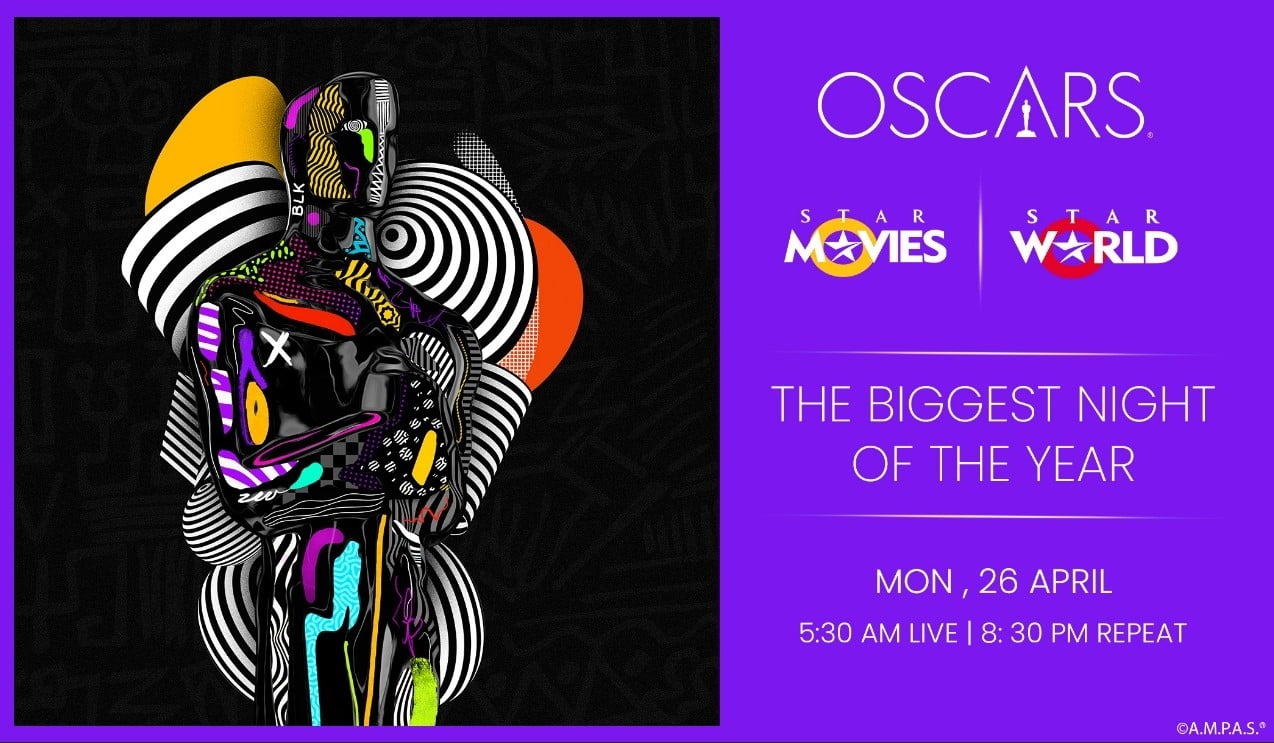 The Academy Awards are returning this April 26 and the academy and director Steven Soderbergh has enlisted multiple locations in addition to Dolby Theatre for the ceremony. Bringing exclusive broadcast of the ceremony to India is Star India’s English portfolio of channels and Disney+ Hotstar.

In the world of a global pandemic, only a limited number of films were released theatrically and most of the films nominated haven’t played globally or might have had an exclusive release on streaming platforms like Pixar’s Golden Globe and Annie award winning Soul or Aaron Sorkin’s The Trail of Chicago 7.

The ceremony is will be without a host for the third year in a row. However, A-listers Zendaya, Resse Witherspoon, Brad Pitt, Harrison Ford, Regina King and more will be presenting the awards. Nick Jonas and Priyanka Chopra had announced the nominations for all the categories back in March with Netflix leading with most nominations.

Ramin Bahrani, the writer-director of Netflix’s The White Tiger will be testing his luck in the best-adapted screenplay category while Riz Ahmed will create history as the first Muslim actor to win Best Actor if he wins for Amazon Prime Video’s Sound of Metal and lastly Nomadland and Eternals director Chole Zhao has the opportunity to tie with Walt Disney for most wins in a single night with a record four nominations.

The Father, starring Anthony Hopkins is scheduled to release in Theatres in India on April 23.

Judas and the Black Messiah is currently available to buy or rent on BMS Stream and other VOD platforms.

Mank is available for Netflix’s subscribers.

Minari is released by PVR Pictures in India and is available in Select Theatres.

Nomadland is currently playing in theatres and will be available for Disney+ Hotstar Premium subscribers from April 30.

Sound of Metal is currently streaming for Amazon Prime Subscribers.

The Trail of Chicago 7 is streaming on Netflix for its subscribers.