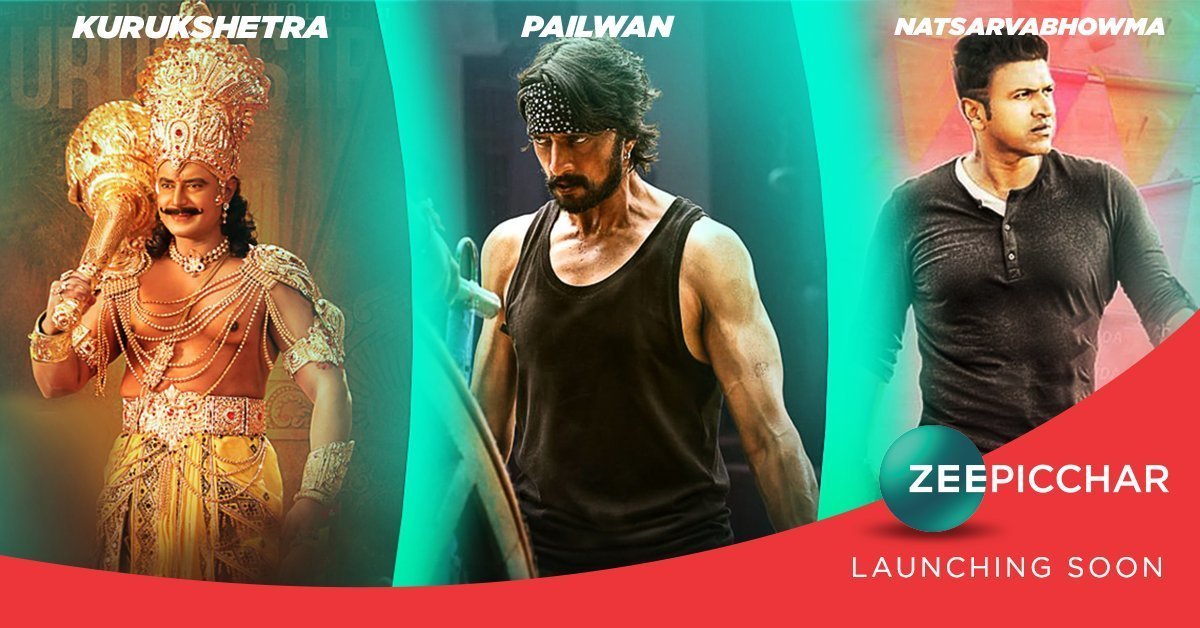 The wait for Kannadigas to watch Zee Entertainment’s upcoming Kannada Movie channel Zee Picchar is all set to end soon. The broadcaster yesterday at its launch event in Mumbai officially launched 4 of its upcoming channels including Zee Picchar. It is all set to bring the best of content to Karnataka very soon.

Zee revealed that three of its upcoming channels will launch by January, however it didn’t give a specific month for Zee Picchar launch. We understand that the launch will happen in Quarter 4 FY 19-20 i.e January-March period. It is likely to launch either in February or March.

DreamDTH earlier this week spoke to Zee Kannada Business Head Raghavendra Hunsur regarding Zee Picchar. He said, “The launch will be in Q4. We will make the official announcement soon. The SD version will launch initially.”

The channel promises to make every day a superhit day for the Kannadiga families. It will air one-break movie at specific slots for entertainment with minimal disruption. The launch will happen with 12 Picchar premieres to be aired on 12 consecutive days.

The channels movie library boasts of 350+ celebrated titles spanning across genres and generations from timeless classics like Mayura, Jogi, Milana, Bul Bul to new age trendsetters like Pailwan, Kurukshetra to four out of top five highest ever rated movies on television like Doddmane Hudga, Hebbuli, Nattasarvabhowma, and The Villain.

The channel will look to bring families together with unmatched entertainment and offer a never-seen-before 10 premieres in 10 days. With carefully selected movies, the channel also has key features for instance, where families for the first time ever can appear together on TV to review newly released movies.

The launch date of Zee Picchar will be clearer once Zee publishes a newer version of its RIO carrying Zee Picchar. Stay tuned to DreamDTH for the latest updates on Zee Picchar!