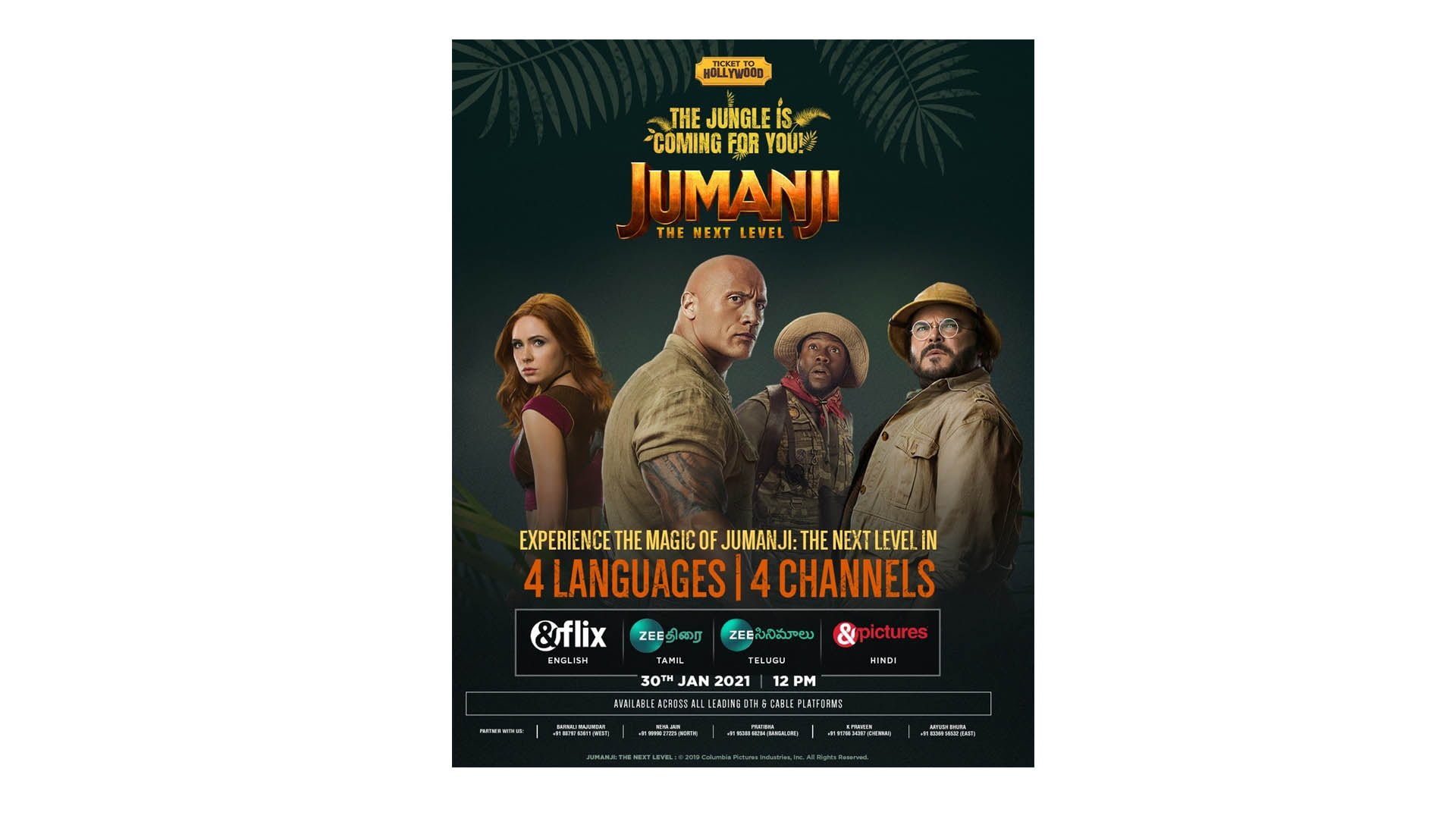 ZEE’s new pan network property ‘Ticket to Hollywood’ is set to kickstart the year with the premiere of ‘Jumanji: The Next Level’ this Sunday, January 24th 2021 at 1PM and 9PM, &flix SD and HD combined with the might of ZEE network with &pictures, Zee Thirai, and Zee Cinemalu SD and HD in four languages viz English, Hindi, Tamil, and Telugu.

Jumanji: The Next Level sees the gang back with Dr. Xander ‘Smolder’ Bravestone, Franklin ‘Mouse’ Finbar, Professor Sheldon ‘Oberon’, Ruby Roundhouse and Jefferson ‘Seaplane’ McDonough returning to Jumanji to save one of their own discovering that nothing is as they expect.

You either fall trap to one of the game’s sinister plots or you survive love enough to see yourself through till the end on a treacherous path to parts unknown.

ZEE’s ‘Ticket to Hollwood’ property combines the reach of its Indian regional movie language channels along with its English movie channel &flix to cater to an evolving Hollywood fan base in India who crave a larger than life Hollywood experience in the language of their choice.

Sony MAX to air WTP of ‘Agent Sai’ this Saturday