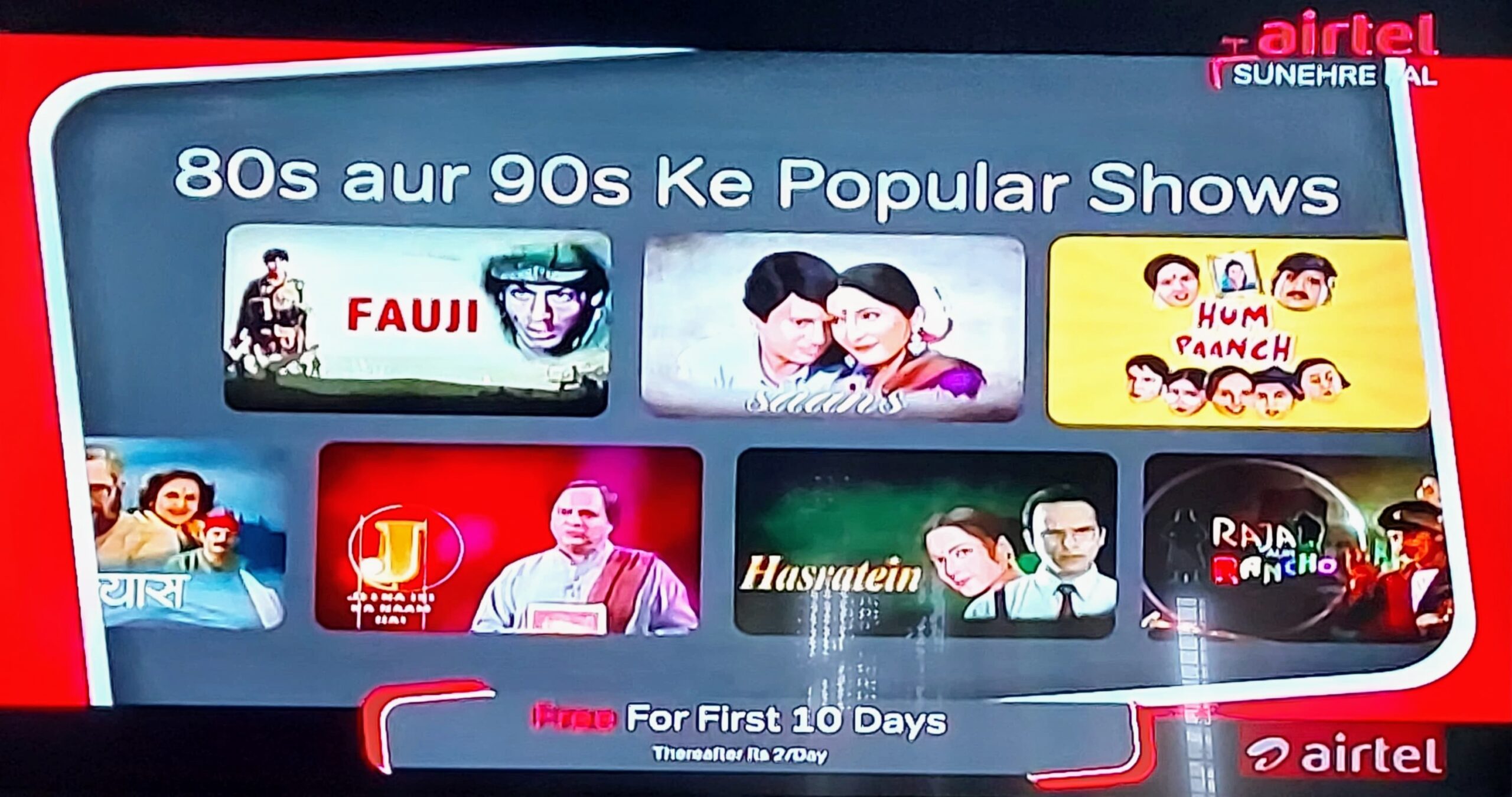 Direct to home service provider Airtel Digital TV has introduced a new platform service channel named ‘Airtel Sunehre Pal’ for its customers on LCN 123. The channel is going to bring the best of classic TV shows from the era of the 80s, 90s to television sets.

Airtel Sunehre Pal was launched on January 18 2022 and it is a completely ad-free service running in partnership with Shemaroo. This service is similar to Tata Play Cinema TV which was introduced in December last year and is also operated with Shemaroo only.

Airtel Sunehre Pal is priced at Rs 60 per month or Rs 2 per day and as a special introductory launch offer, users subscribing to it will get the first 10 days for free followed by the regular price. This channel can be activated through the Airtel DTH online portal, contacting customer care or giving a missed call to 9154052123 from the registered mobile number.

It's the same service channel which is available on Tata Sky as Classic TV from hungama.