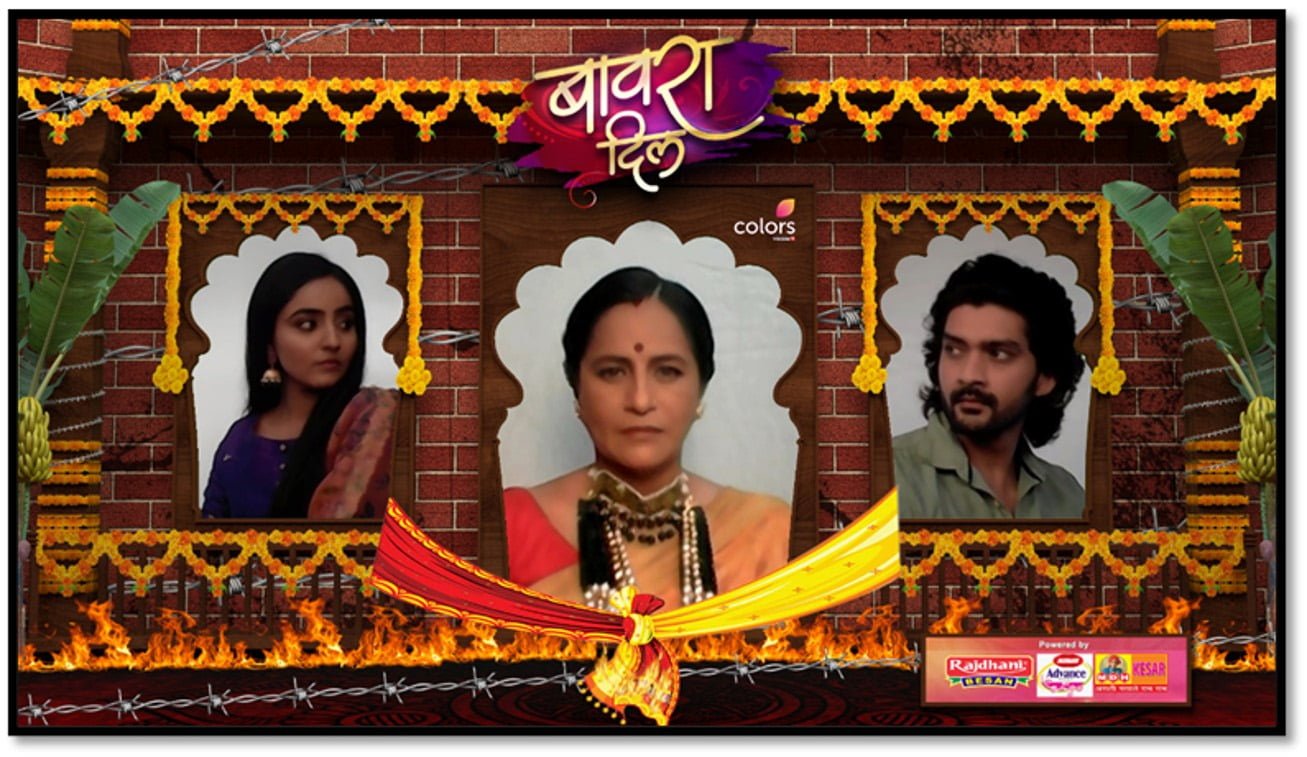 COLORS is set to premiere its new fiction offering ‘Bawara Dil’ an adaption of COLORS Marathi’s ongoing popular show ‘Jeev Zala Yeda Pisa’ later this month. The show is a hateful love story of Siddhi and Shiva. Shiva is a tough angry young man, a powerful politician Akkabai’s pride and joy while Siddhi is an educated and intellectual young woman with a strong sense of morals.

Siddhi and Shiva cross paths and start on a wrong note and create a bond fueled by hatred. The show produced by Happy High Creations and powered by Rajdhani Besan, Nirma Advance Detergent, and MDH Kesar premieres on 22nd February and will air Monday-Friday at 10:30 PM only on COLORS.

Rudrayat, a village in Maharashtra changes for the first time when Akkabai holds the reins of the village all because of a 26 year old boy, Shiva Lashkaren a rebellious young lad full of fire. Rough on the outside, he may appear as brash young but has a heart of gold. Shiva is fiercely loyal, but is not quick to forgive. Shiva’s anger knows no bounds when a young girl Siddhi rubs him the wrong way.

Siddhi Gokarna on the other hand is a young, intelligent girl of principles who always stands up for the right. Siddhi being daughter of a respected teacher has strong sense of justice. Standing up to Shiva however ends up changing the course of her life completely. Siddhi and Shiva are like fire and ice coming together to only destroy each other.

“At COLORS, we had an exciting start to the year as we reinforced our weekday fiction line-up by introducing many new twists and highpoints in our existing shows. As we continue to innovate and present exceptional storytelling, we are delighted to bring a passionate love story, Bawara Dil that will replace Bigg Boss 14 at the 10.30 pm slot. The show is an adaptation of a popular ongoing COLORS Marathi show, Jeev Zala Yeda Pisa. We are certain that our viewers too will enjoy the love-hate chemistry of Siddhi and Shiva.”

Commenting on the concept of the show, Manisha Sharma, Chief Content Officer, Viacom18 said, “Bawara Dil beautifully captures how two individuals create the magic of love after starting on a hateful note. The show brings together exceptionally strong characters, outstanding chemistry and an extremely interesting storyline. Siddhi’s sincerity, Shiva’s complexities and Akkabai’s powerful persona will surely strike the right chord with the audience.”