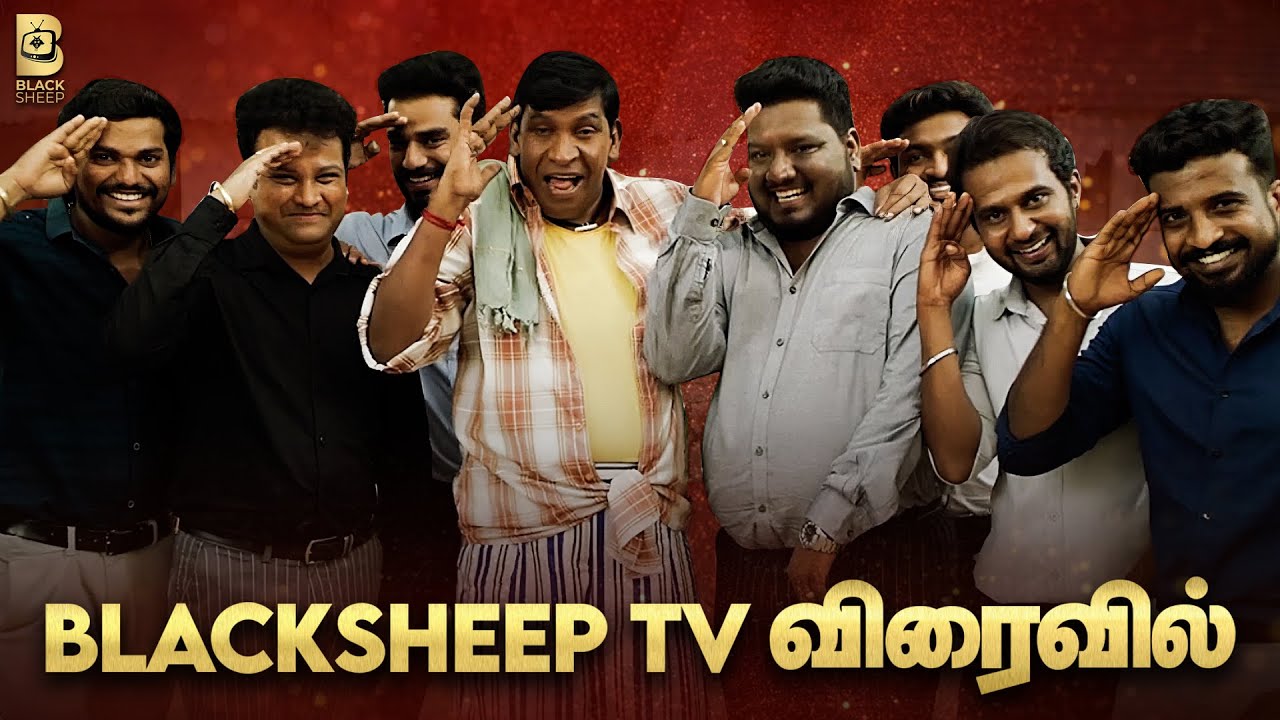 There are several parts of India where regional channels continue to grow at a fast clip, even though OTT platforms are making headway with content tailored in those languages. Tamil — the biggest language (by TV viewership) in not only South India but, in fact, perhaps the whole country after Hindi — is now witness to an interesting phenomenon, where Blacksheep Tamil, a homegrown regional OTT brand, is now venturing to launch the Blacksheep TV satellite channel after success across multiple YouTube channels, its own exclusive platforms and several original shows and productions.

Announced in October 2022, with the Tamil comedy icon Vadivelu as its ambassador, the channel, originally scheduled to be launched on 6 November but delayed to 12 December, is expected to be added across cable platforms in Tamil Nadu and possibly some DTH operators. This will make Blacksheep TV a dark horse in the crowded Tamil genre, an allusion of sorts to its unusual name. It will replace Chithiram TV, a kids’ channel from the Kalaignar network, and it will piggyback on Kalaignar’s existing distribution capabilities, at least in its initial stages. It will also be streamed live and free on Blacksheep’s proprietary BS Value platform. Interestingly this comes at a similar time as another regional entertainment channel in a smaller language: Spondon TV, a new Assamese GEC from the NKTV group.

Blacksheep could be a dark horse in oversaturated Tamil market

If Assamese is marked by a scarcity of non-news channels, as our article on Spondon explores, Tamil is marked by too many channels. More than in any other language, Tamil (and also Malayalam) has a huge number of channels operated by political parties or with political connections. The market leader, Sun TV — very often the most popular TV channel in India as per the BARC ratings chart — and the rest of the Sun network are owned by the politically powerful Maran family. Many other channels are owned by political parties, such as Jaya TV (AIADMK), Kalaignar TV (DMK), Captain TV (DMDK) and Makkal TV (PMK). However, their market share is much lower than the leaders: Sun TV, Star Vijay and Zee Tamil, and the much smaller Colors Tamil.

Other Tamil entertainment channels are not owned by political parties, but nevertheless occupy a significant part of the Tamil TV landscape. Some of these are well-established multi-channel broadcasters that have been around for several years, especially the Mega, Polimer and Raj networks. Raj TV later expanded to other South Indian languages through Vissa TV (Telugu) plus Raj Musix and Raj News channels in each of the four South Indian languages, though Raj News Malayalam now has a different owner and changed its appearance completely a few months ago. Others are independent channels such as Vasanth TV (founded by the late H. Vasanthakumar, owner of the Vasanth & Co electronics retailer), Vendhar TV, Puthuyugam and Tamilan TV.

Many of the above broadcasters also run a news channel, such as Sun News, Jaya Plus, Polimer News (the current market leader), Kalaignar Seithigal and Captain News. But some more prominent Tamil news channels are from independent media groups like Puthiya Thalaimurai and News 7 Tamil, or print publishers like Thanthi TV and Maalai Murasu TV. Networks like Sun, Raj, Jaya, Kalaignar, Mega and Polimer also have several channels in other genres like movies, music and kids — though Chithiram TV, Kalaignar’s kids’ channel, is being replaced by Blacksheep TV itself — not to mention Star, Zee and Reliance.

With so many Tamil channels but very few leaders, it will be an uphill task for Blacksheep TV to cement its position and build and retain an audience base. Channels that air so-called ‘comedy clips’ from movies — namely Adithya TV from the Sun network and Sirippoli TV from the Kalaignar network — have been very popular among Tamil audiences, and Sun also has such channels in other Southern languages, so it remains to be seen how Blacksheep TV will differentiate itself from them. However, as Blacksheep’s multiple YouTube channels and popular social media offerings are proof, its USP is not so much to obtain market share as to offer fresh and relatable content for the new generation of Tamil people, similar to what is being done with Vijay Takkar, Disney Star’s new Tamil youth channel.

Though Hindi-language content creators like The Viral Fever (TVF) have historically taken the lead in creating content — including sketches, web series and collaborations — that captures the attention of the country, which Netflix, Amazon Prime and co. later capitalise on, regional-language creators are quickly establishing themselves in their own right, and Blacksheep Tamil is among the largest and most successful of these. Only time will tell whether this will translate to the satellite Blacksheep TV channel, where it will be up against established channels and programming strategies that have worked in Tamil Nadu for decades.

Are they having TV channel License?

Here is the proof :