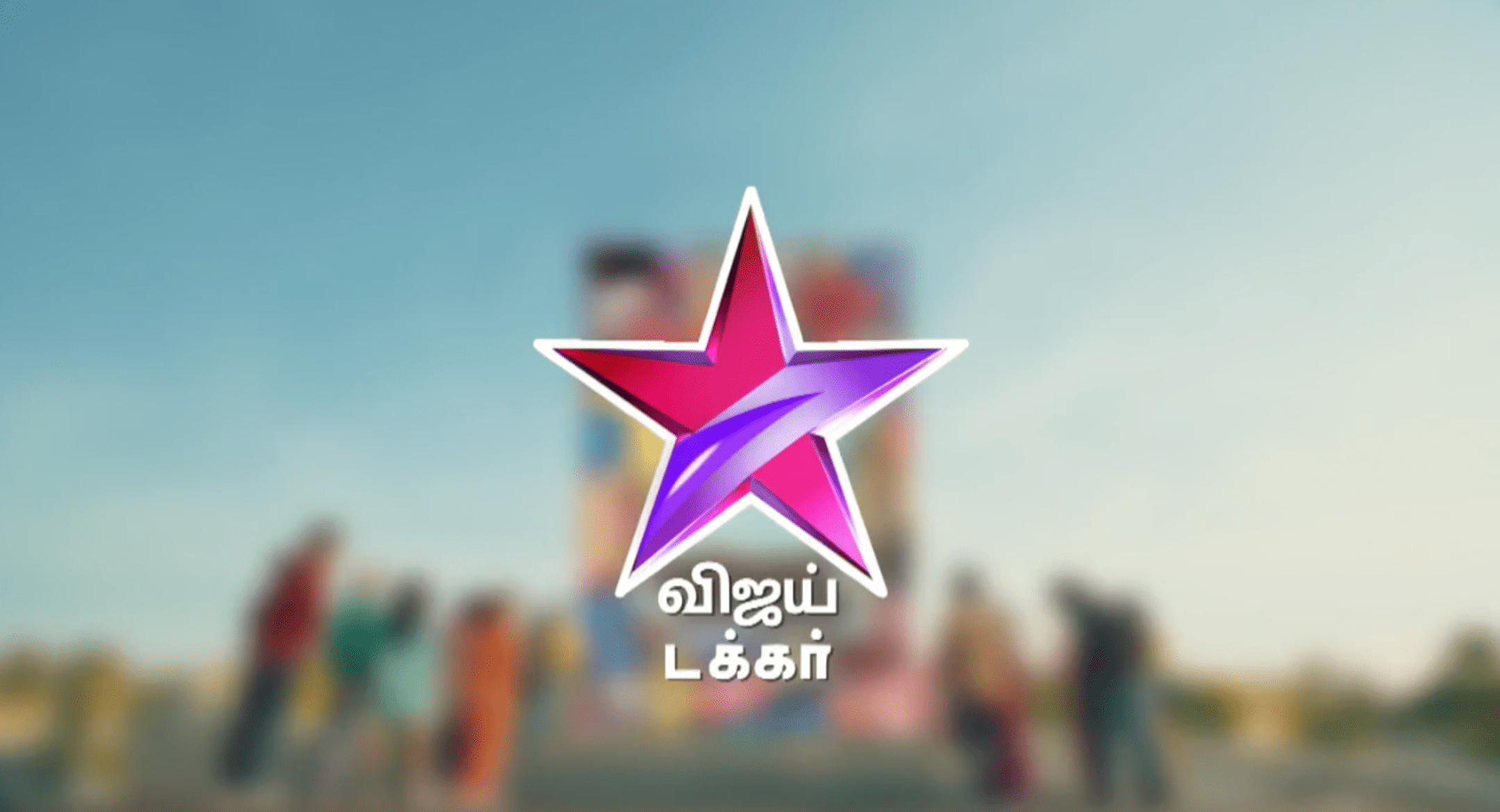 Some weeks ago, Disney Star announced that it would rebrand its Tamil channel Vijay Music to Vijay Takkar in October 2022 — two years after Vijay Music was originally launched — but further details on the logo, graphics and programming lineup were a mystery at the time. As time has gone by, more and more information has been revealed, most importantly the fact that Vijay Takkar is positioning itself as a youth channel, with the slogan Ini Idhudhaan Trend Setter (now this is the trendsetter). This will bring to Tamil TV a strategy that has always remained confined to Hindi youth channels such as MTV, Zing and formerly Bindass and Channel V — having never being expanded to any regional market — and so may appeal only to a certain audience due to the very niche demographic of such channels.

It has also been revealed that the launch date of the channel is Monday, 10 October, which is a day later than originally planned. Moreover, the logos of some of upcoming shows on Vijay Takkar have been revealed, which clearly show the channel’s intention to connect with the youth of Chennai, Madurai, Coimbatore, Tiruchirappalli and other urban areas of Tamil Nadu. But it is not too likely to gain a vast fan following if it does not clearly define its programming schedule, the same mistake that its predecessor Vijay Music did. It has announced that its intended youth programming strategy will be complemented by music shows and movies, but this should not deviate from the youth focus of the channel.

This may very well be the last rebrand or launch from Disney Star in 2022, with it indefinitely freezing almost all its proposed launches and shutdowns — first announced in October 2021 — with the exceptions of Pravah Picture, Star Kiran and Super Hungama, and there is no sign that it intends to bring them under the spotlight any time soon. The plan for Vijay Takkar, however, was a surprise development that took shape only in the past few months, from the trademark filing to the MIB licence. Even so, Vijay Music’s struggling programming schedule was an indication that the channel might not last in that avatar for much longer, despite (astonishingly enough) a trademark for Vijay Music HD being filed, which had zero probability of becoming a reality.

Content hide
1. What programming will Vijay Takkar show?
2. The concept of a dedicated youth channel is unknown outside Hindi-speaking markets
2.1. Indian youth programming across OTT has mostly been for Hindi- and English-speaking audiences
3. Vijay Takkar is taking a bold risk with venturing into Tamil youth shows, when regional audiences have embraced OTT

What programming will Vijay Takkar show?

Vijay Takkar has released a promo featuring six shows that cover a variety of youth-oriented topics: College Da, which is set in a college/hostel atmosphere; Cinema Kaaram Koffee, a chat show where three youngsters talk about cinema and entertainment in a café; Truck Mela Lucku, featuring a truck loaded with games and activities that moves across places; Style Style Thaan, where a crew of a stylist, a makeup artist and a fashion photographer give makeovers to common people; Starudan Oru Naal, which gives an insider view into a day in the life of a celebrity (a concept that Hindi news channels’ entertainment shows such as Saas Bahu Aur Saazish have been doing for a decade); and Something Something, a dating show featuring people looking for the right match.

This is being accompanied by an elaborate on-ground launch campaign, as part of which Vijay Takkar visited NIT Trichy, a major educational institution in Tamil Nadu. It asked students what it meant to be young, with the responses doodled on a giant logo placed in the campus as seen in the below video. Such promotions will help with the new channel turning heads among Generation Z, at least in the short term.

The initial programming strategy of Vijay Takkar differs greatly from its Hindi counterparts, in that it is largely focused on non-fiction shows about the lives of actual youth and issues that affect them. In contrast, Hindi youth channels have historically focused on either competitive reality shows such as Roadies and Splitsvilla or series with extended runs like traditional Hindi entertainment channels. Given that Vijay Takkar is the first non-Hindi youth channel in the history of Indian TV, it has taken a fresh, fun and light-hearted programming approach compared to the high-on-drama and occasionally darker programming of Hindi youth channels.

There are only two major Hindi youth channels today: Viacom18’s MTV is the more successful one, with a long legacy of innovative youth shows — especially Roadies and Splitsvilla — while Zing from the Zee network was comparatively struggling until its May 2022 rebrand, and shows some youth-based series. Both also feature some amount of Bollywood music as part of their programming schedule, though Viacom18 has a dedicated channel, MTV Beats, for this purpose.

Previous well-known channels in the Hindi youth space include Bindass, which no longer shows youth series and airs Hindi film music instead, and the Star network’s Channel V, which moved away from youth shows towards pure music in 2016 and eventually shut down in 2018. Bindass, too, is supposed to go off air in the coming years (as Disney Star originally intended to do in December 2021) but this and other major launches and shutdowns from the broadcaster have been indefinitely postponed for many months. Their previous youth shows such as Emotional Atyachaar, Yeh Hai Aashiqui and Girl in the City (Bindass) and Sadda Haq, Gumraah, Paanch and Dil Dosti Dance (Channel V) are available to watch online on platforms such as YouTube and Disney+ Hotstar, as our article on the impending shutdown of Bindass discussed last year.

Now that dedicated youth channels (other than MTV) have largely been rendered redundant by the advent of streaming platforms over the last half a decade, the Indian youth have shifted en masse to Netflix, Amazon Prime Video, Disney+ Hotstar, SonyLIV, ZEE5, etc. for urban audiences, or the likes of ALTBalaji, MX Player and Ullu for mass-oriented programming that is popular among the Hindi heartland. There is, of course, a major free competitor in the form of YouTube, which has given a platform for both individual influencers such as CarryMinati and MostlySane and content creators like TVF and Dice Media, though their shows also regularly feature on paid OTT platforms. Of late, new OTT services such as Amazon miniTV (available for free within the Amazon shopping app) and Lionsgate Play have emerged for young audiences, but all these almost entirely cater to the Hindi-/English-speaking crowd in metros and smaller cities.

Insofar as youth-oriented shows are concerned, Indian OTT platforms have historically been heavily skewed towards Hindi- and/or English-speaking audiences, with youth shows in other regional languages such as Tamil and Telugu gaining traction at a snail’s pace — despite Disney+ Hotstar, ZEE5, SonyLIV and Amazon Prime Video regularly launching Tamil, Telugu and other regional series across a plethora of genres. Moreover, several dedicated regional-language OTT platforms exist, such as Aha (Telugu/Tamil), Hoichoi (Bengali) and Planet Marathi, with an even wider range of content in those languages. However, even though their content is popular amongst the younger generation, it is not necessarily targeted at them specifically.

Established Hindi content creators such as The Viral Fever (whose acclaimed shows include Kota Factory, Panchayat, Gullak, Aspirants and Hostel Daze) and Dice Media (Little Things, What The Folks, Adulting, Please Find Attached, Operation MBBS, etc.) have occasionally remade their shows into other languages — such as on the Telugu-language Aha platform — but such expansion has been limited and short-lived. In any case, even South Indians prefer to watch the Hindi original versions instead of remakes — a trend that is borne out on a much bigger scale by the masses rejecting Hindi remakes of South Indian movies. (This was recently seen with Vikram Vedha at the box office, and a number of other upcoming Bollywood remakes may similarly suffer.)

As such, most of the popular Indian youth shows today across OTT platforms are Hindi ones. These include competitive reality shows like Lock Upp on MX Player/ALTBalaji, and Bigg Boss (and its spinoff Bigg Boss OTT) on Voot; thriller/action drama series like Mirzapur, Sacred Games, The Family Man, Scam 1992 and Aarya; and Indian teen/youth shows like College Romance and Girls Hostel (SonyLIV — both TVF creations), Mismatched (Netflix) and Four More Shots Please (Amazon Prime Video). There is also the burgeoning popularity of Western teen shows (like Sex Education, Stranger Things, Never Have I Ever and 13 Reasons Why) as well as K-dramas (including Squid Game, It’s Okay to Not Be Okay and Crash Landing on You) among urban Indian youth across all states and languages.

Vijay Takkar is taking a bold risk with venturing into Tamil youth shows, when regional audiences have embraced OTT

In the face of these developments across the Indian streaming landscape, launching a new youth channel — in a regional language, at that — is a bold and dangerous step for Disney Star to take. It is commendable that such youth shows are indeed being launched in the first place, but youngsters in regional languages are quickly latching on to streaming services like their Hindi counterparts. And, irrespective of the original language that an OTT show is made in, it is readily accessible in a wide range of languages through multiple audio feeds and subtitle tracks.

That Vijay Takkar is being launched to have its finger on the pulse of Tamil youngsters is a good move, but whether it will last for a long time in its Gen Z avatar is uncertain. Though its shows will naturally be available on Disney+ Hotstar, it and other OTT platforms now have a large and growing number of Tamil and other regional-language shows (plus Hindi and English shows with regional dubs) that are highly popular among youth. Furthermore, its programming strategy will include music and movies in addition to youth shows, which may further broaden its scope as a secondary GEC in the same manner as Vijay Music turned out to be. These and other factors can make or break the fate of Vijay Takkar going forward, but it will nevertheless go down as an interesting experiment in Tamil TV when all is said and done.

No! No Announcement From Them About Pending Channels

They Given Intimation Only About This,,,