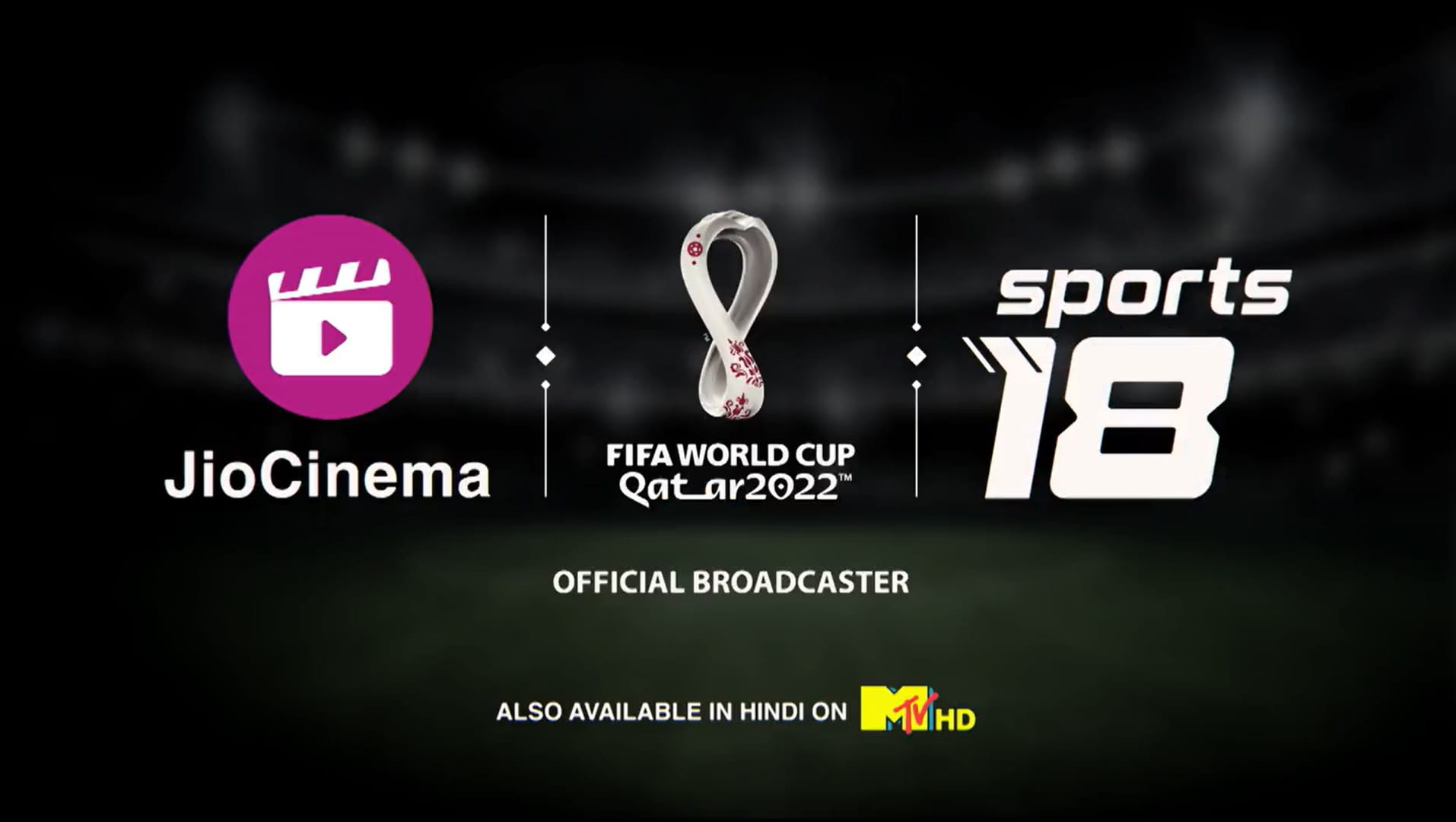 Our comprehensive guide to Indian sports channels, published last week, devoted a full page to the rise of Viacom18 as a sports broadcaster, especially thanks to the launch of its Sports18 channels in April. However, despite holding the rights to a number of sporting events — in particular the upcoming FIFA World Cup in Qatar, which kicks off in a few days — the network has struggled to distribute the Sports18 channels across major DTH platforms. In particular, the HD version of Sports18 1 was available only on Sun Direct, while the SD version was available on Tata Play, Sun Direct and Airtel Digital TV, but not the combined Dish TV/d2h entity. This severely limited the visibility and reach of the Sports18 channels, in turn hampering their growth, with the result being that it was not able to immediately establish the brand recognition that its biggest competitors — Star Sports and Sony Sports Network — have.

However, things have started to look up for the Sports18 channels, since DTH operators — aside from Sun Direct, which already had the HD channel — have realised that it is their basic responsibility to show a global event as huge as the FIFA World Cup in high definition in this day and age. Therefore, they have started to add Sports18 1 HD in quick succession: Dish TV and d2h added it last Wednesday (9 November), with Tata Play following suit on Thursday (10 November), and on Saturday (12 November) Dish TV also added the SD feed of the channel, which was missing earlier. The remaining major DTH platform, Airtel Digital TV, waited for a week before finally adding Sports18 1 HD this Wednesday (16 November), thereby ensuring that the HD channel is finally available on all five DTH platforms well before the start of the World Cup on Sunday (20 November).

Below are the channel numbers of Sports18 1 SD and HD across the five major pay DTH platforms. Note that Tata Play, Dish TV and d2h put the HD channel number before the corresponding SD version, while for Airtel Digital TV it is the other way round — whereas Sun Direct, in stark contrast to the others, keeps all HD channels in the 800–999 series, and SD channels until 799. This has also been updated in our list of HD channels across DTH platforms.

Content hide
1. d2h is the only pay DTH operator not to have Sports18 1 SD
2. MTV HD will also show some World Cup matches — in addition to free streaming on JioCinema

Note that d2h is the only DTH platform not to carry the SD version, despite having added the HD version — though the opposite is true for many channels, where d2h has only the SD version and not HD. As a consequence, d2h has the lowest number of HD channels among pay DTH operators. (This does not account for certain South Indian HD channels which are available on Dish TV only for its South Indian customers, on the ST-2 satellite also used by d2h, and not on the NSS6/SES8 satellites used for Dish TV’s North Indian customers. Removing them from Dish TV’s HD channel count would result in Dish TV having the lowest number of HD channels.) In any case, these two sister companies have been the slowest in adding new HD channels — an exception being Travelxp HD in April — whereas Tata Play and Airtel Digital TV have historically taken the lead in adding new HD channels, and Sun Direct has grown its HD portfolio impressively since 2017 despite severely lagging until then.

The reason cited for d2h not adding the SD version is an interesting one: according to it, 80–85% of its subscribers have an HD box, so d2h feels that it is not necessary for it to provide the inferior SD channel when most of its subscribers can watch the superior HD channel. Even though Sports18 1 SD was not present on either platform for many months, at least its sister company Dish TV has now added it, and since both have also added the HD version, the proportion of affected d2h customers will be very small. Still, it would have been a far better decision for d2h to also add the SD channel for the sake of customer satisfaction and consistency. But since d2h has struggled with adding new channels for a long time due to satellite transponder space constraints, the provided reason is understandable, at least to a certain extent.

Though we talk about ‘all five DTH platforms’ above, there is another DTH platform not discussed so far because of its distinctly different nature. This is none other than DD Free Dish, the free-of-cost, state-run satellite TV operator whose popularity has exploded in rural and semi-urban areas, and which does not have any HD channels other than Doordarshan ones. Sports18 has a dedicated channel for DDFD viewers, Sports18 Khel, which also happens to be unofficially available for Dish TV viewers due to the proximity of their satellites. However, Sports18 Khel will not air the FIFA World Cup, and since this was the only Sports18 channel available on Dish TV for many months, it was imperative that Dish TV add both the SD and HD versions of Sports18 1 to serve all its viewers — which it finally did last week.

While Viacom18 has finally started to ensure the proper distribution of its main Sports18 1 channel, it has several other Sports18 channels in the pipeline, which are scheduled to be launched in the coming years so as to take the pressure off the first channel — given that it has been acquiring a large number of sports properties left and right. These include Sports18 2 (SD and HD), Sports18 Hindi (SD and HD) and Sports18 Tamil (only SD), for which licences have been obtained from the Ministry of Information and Broadcasting. However, it may be a while before they actually go on air, and even then they may face the same distribution problems that Sports18 1 (HD) did.

Nevertheless, Sports18 1 (HD) will not be the only channel to show the FIFA World Cup, since it is a good practice to have a bare minimum of two channels to show major global sporting events, so as to better handle simultaneous matches as well as a broader variety of fan engagement programmes and other non-live shows. To this end, since Viacom18 will likely not be able to launch the additional Sports18 channels in time for the World Cup, it has roped in the high-definition Hindi youth/music channel MTV HD in order to show certain World Cup matches live with a Hindi audio feed. It is no surprise that it was chosen for the job, given MTV (HD)’s history of airing live football, since it aired the bulk of LaLiga matches in 2021 live, when the Sports18 channels did not yet exist.

On paper this looks like a good decision, but in practice very few viewers will be able to take advantage of it: MTV HD suffers from the same distribution problems that Sports18 1 HD used to, since Tata Play is the only DTH operator to carry it. The same goes for the English music channel Vh1 HD — which also aired Serie A and Ligue 1 football matches last year, in addition to NBA basketball — as it is present only on Tata Play and Sun Direct among DTH operators. Since MTV HD is a niche channel, DTH platforms have been more reluctant to carry it, and they will not rush to add it like they did for an essential and important sports channel like Sports18 1 HD. As the SD feed of MTV will not show FIFA World Cup matches, this seems like a decision that was taken by Reliance without considering the ground reality of the HD channel’s poor distribution.

That is as far as TV channels are concerned, but the growth of live sports streaming across Indian OTT platforms has been explosive over the past few years — but it has mostly been on subscription-based OTT services, though Viacom18 now has a different tactic in place for the World Cup. In order to have the widest possible reach, Reliance Industries, the owner of Viacom18, has generously offered to stream the World Cup live on JioCinema — that too for free. Ordinarily apps like JioCinema and JioTV are available only for Jio telecom subscribers — unlike Voot, Reliance’s other well-known OTT platform which is no different from other broadcaster-owned OTT platforms like Disney+ Hotstar and SonyLIV, with both free and subscription-driven content. Voot Select, the premium tier of the streaming service, also showed European football league matches live last year, aside from niche TV channels like MTV and Vh1.

However, as a special gesture, JioCinema has been made free to download for everyone irrespective of telecom operator, so Airtel, Vi (Vodafone Idea) and BSNL subscribers will also be able to enjoy World Cup streaming for free. This seems like an offer that is too good to be true, given the heavy simultaneous usage across potentially hundreds of millions of Indians during major matches. But one might recall that when the Jio 4G network was launched in September 2016, it offered unlimited usage for free for the first several months, until March 2017. Therefore Reliance is no stranger to offering such large-scale free promotions, and it has also built the technology framework and capabilities to match, though only time will tell whether such free offers for major events will continue.

Even so, there are large swathes of the country that do not have widespread mobile Internet access — let alone high-speed 4G connections — and for them linear TV coverage through Sports18 1 will be crucial. Additionally, Reliance has been expanding the technical capabilities of JioCinema for large-screen TV audiences, including adding a 4K feed — a first for an Indian streaming service during World Cups (though Sony had provided a 4K TV feed of Sony Six for the 2014 World Cup in Brazil) — in addition to multiple camera views, multiple audio feeds (including Malayalam and Bengali, two languages that have a large football-watching base) and other enhancements.

With the technicalities and distribution finally in place, Reliance has now started its promotion for the World Cup by launching its high-decibel ad campaign — Isse Bada Kuch Nahi (nothing bigger than this) — that aims to highlight the 360-degree approach the conglomerate is taking to ensure that as many people as possible will be able to watch the event across a multitude of platforms, particularly driving home the free streaming that JioCinema will provide. However, this is only a drop in the ocean as far as fixing its channel distribution issues is concerned, and while Viacom18 continues to ramp up acquiring new sports rights, it has to understand that ensuring proper distribution of both its mainstream and niche channels across major platforms is the only way for it to maintain the trust and patronage of viewers — especially since streaming cannot entirely replace linear TV in India, and the two will continue to grow together.

Edit the article as d2h added the SD version.