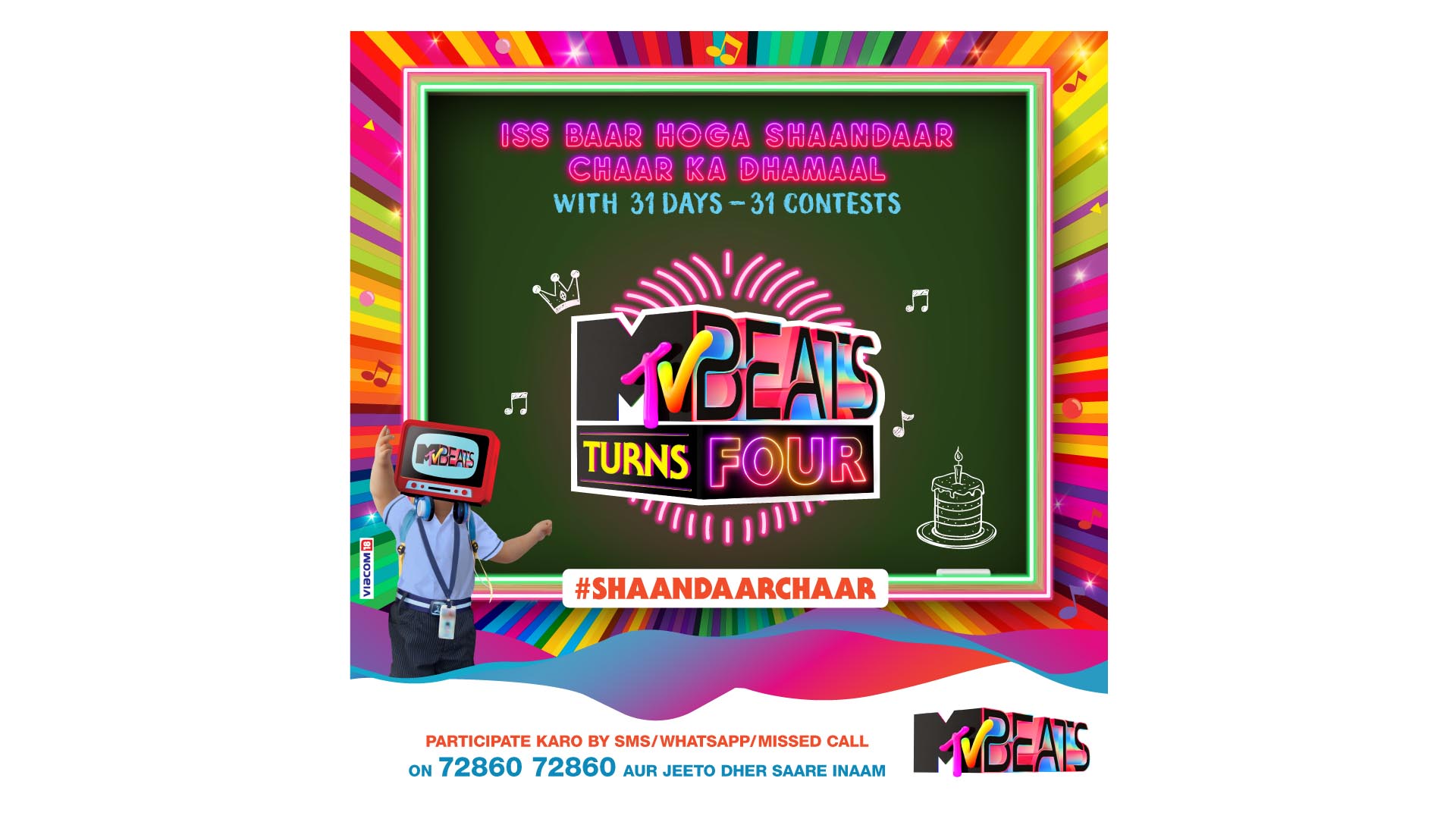 MTV Beats is celebrating its 4th anniversary this December with a month long campaign – #ShandaarChaar spreading the cheer this month with fun and engaging contests for its young viewers. #ShandaarChaar will have 31 contests for 31 days sponsored by The Originally Fresh Brand, Celio, and Roadmaster Cycles. The campaign has already witnessed over 4 million participants in the first week.

MTV Beats had a unique growth story throughout the lockdown period with 5 original shows having the biggest gainer in viewership and engagement in the entire genre with Cumulative Reach of 111 million with viewing minutes reaching 2.5 billion minutes. The viewership growth for MTV Beats was equally distributed across markets not even leaving behind the South region.

“MTV Beats has been a constant leader in the contemporary music category while also holding a strong 18% market share in the overall music genre. Throughout the lockdown period this year, the channel witnessed over 60Bn+ minutes of total viewing and cumulative reach of 320mn+. In a genre that usually lacks differentiators, MTV Beats clearly stands out against its competitors as a result of its varied original programming.” He further added, “MTV Beats has been branching out to make mainstream music more inclusive, be it with a dedicated slot for Punjabi music – Punjabi Beats, a gender atypical music album – MTV Beats Love Duet, and further encouraging its platform for independent artists with MTV Beats Discover. We will continue to focus towards upping the ante in original content in the near to mid-term.”

The channel has uniquely integrated its on-air and digital promotions under the theme of #ShandaarChaar boosting up the ‘filmy keeda’ with 31 days, 31 contests while kicking off its fourth birthday celebrations with contests based on Gibberish Puzzles. The campaign is being promoted across MTV Beats HD and MTV Beats SD as well through its social media handles.