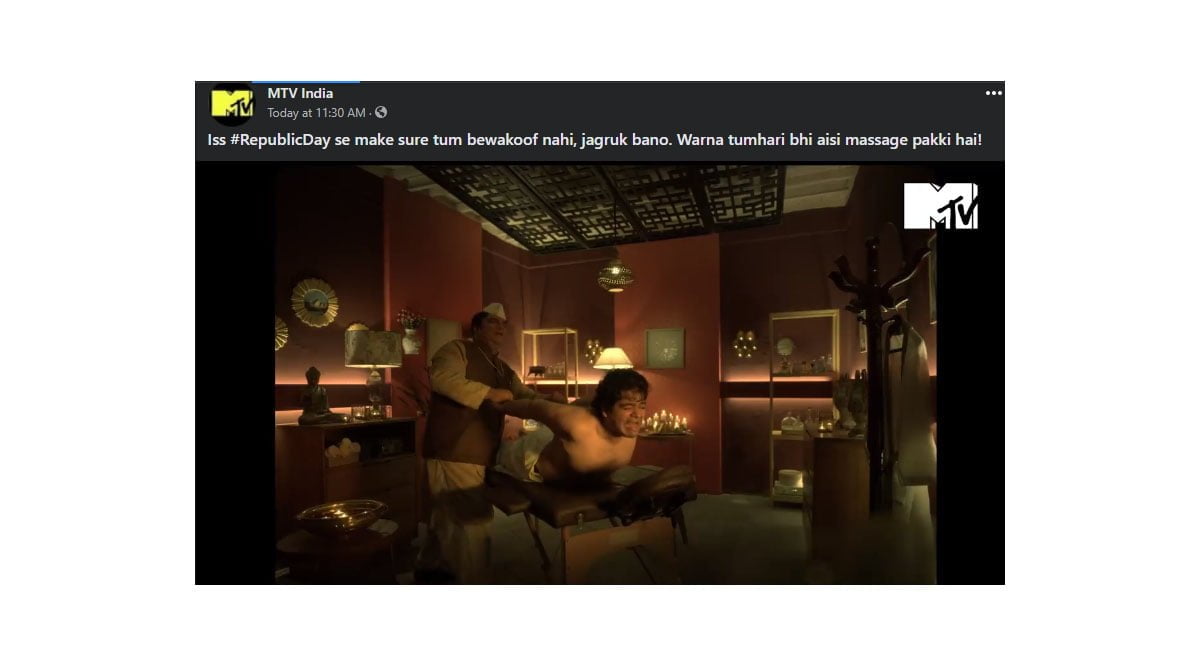 Viacom18’s youth brand MTV this Republic Day has launched a brand new campaign to stress on the importance of knowing your democratic basics and not be blinded by authority.

The bold and impactful brand campaign chronicles a dialogue between two men who are divided by the dynamics of power in society. The conversation reflects on how at times we are conditioned by our beliefs to the extent of comprising our own well-being. Lured by those in power, we often lose the sense of right and wrong allowing blind faith to hinder our conscience. This Republic Day, MTV has called for eliminating the same and stop getting fooled by what’s not meant for our good.

“On 26th January this year, India turns 72 as a democracy and there has never been a more opportune time for us to reinstate our human rights and what it entails. Amidst an ever-evolving cultural fabric and a milieu that wakes up to social media outcry, the need to be aware, mindful and most importantly conscious of our beliefs is integral to this nation. And hence MTV says “Bewakoof Mat Bano”. This Republic Day, the channel launches a brand campaign to stress on the importance of knowing your democratic basics and not be blinded by authority,” said MTV in a media release.