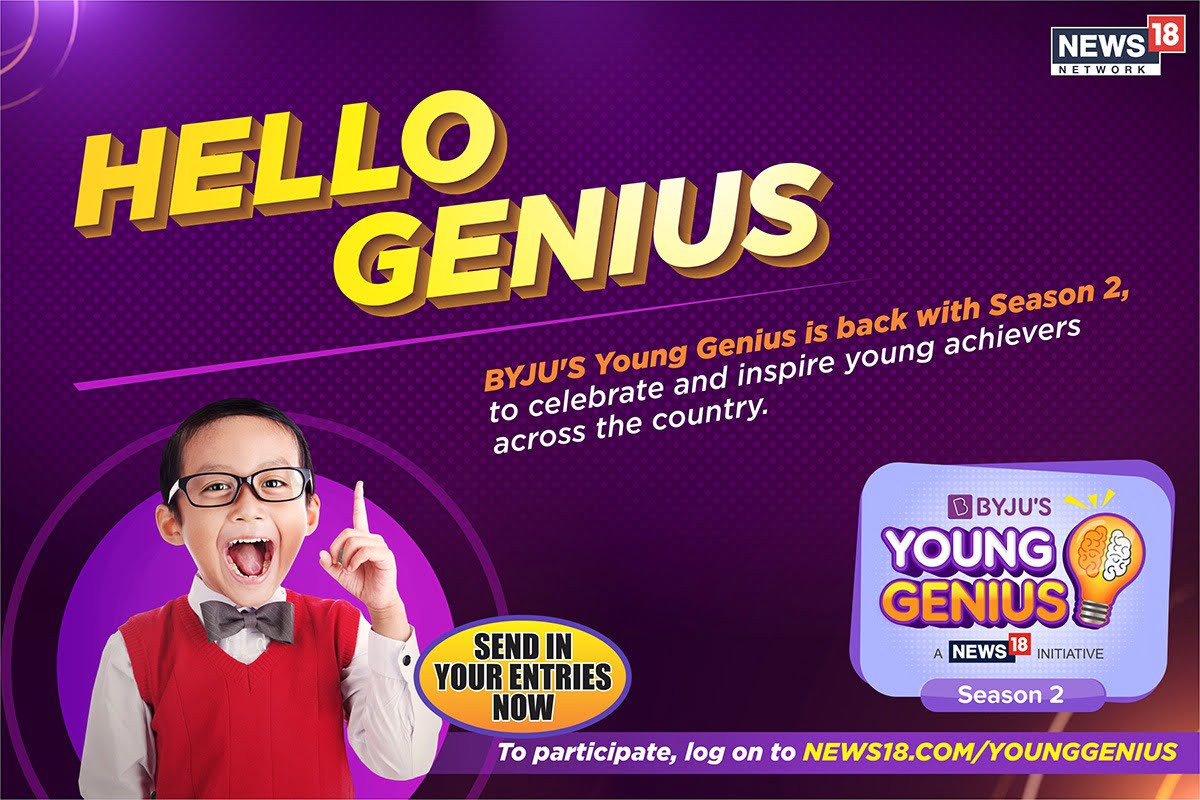 Hosted by Senior Network18 Editor and Anchor Anand Narasimhan, the second season comprises 11 episodes, honouring around 20 young geniuses in the age group of 6 to 15 from different fields from performing arts, academics to technology, and sports. In each episode, the young geniuses will also be joined by some of India’s most celebrated personalities who will not only be seen cherishing the remarkable accomplishments of the child prodigies but also reminisce about their own path to glory.

Karan Abhishek Singh, CEO, Hindi News, News18 Network said, “The success of BYJU’S Young Genius demonstrates the acceptability of inspiring and entertaining stories and refreshing show formats on Indian television. The first edition received massive viewership, 98.4% positive sentiment on social platforms and consistent demand for new episodes week-on-week from viewers across the country. The phenomenal response has led to us to announce the second season of BYJU’S Young Genius which promises an even more enthralling line-up of stories of child prodigies”

“With an objective to encourage child prodigies who have excelled in the field of academics, arts, science, sports, music, and other creative fields, we hope to give wings to their dream. We wish to inspire millions of children to pursue their passion and keep their aspirations high,” said Atit Mehta, Marketing Head, BYJU’S.

Season 1 of this show aired between January and March 2021 in which we saw some of the most revered Indian personalities from different fields including Virender Sehwag, P V Sindhu, Mohanlal, Sonu Sood, Sonam Wangchuk, Rajkumar Rao, Shankar Mahadevan, Leander Paes, amongst others. It showcases and recognizes inspiring journeys and achievements of child prodigies with exceptional talent in academics, arts, science, sports, music and other creative fields.

Children who want to participate in this show can register on https://www.news18.com/younggenius/ or through the BYJU’S app by going to the BYJU’S Young Genius section. Once registered, you need to fill out a detailed form that will capture the child’s background, details of achievement etc. Then these entries will be evaluated through a multi-stage process.

On Colors Kannada from tomorrow