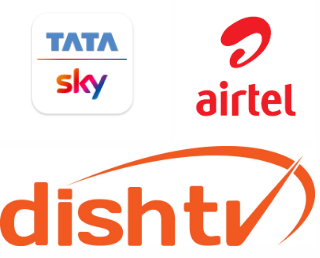 All three major DTH operators Tata Sky, Airtel Digital TV and Dish TV have requested TRAI to withdraw the Draft Regulation and formulate some guiding principles for DPO’s apps /websites to achieve the very purpose for which the TPD App is being envisaged.

All three operators said that they already have adequate application and tools available for the consumers to exercise their choice and avail the channels and accordingly there is no need for API Application being made mandatory for DTH. DTH operators are consistently taking initiatives to enhance the customer experience by bringing various changes with an intent to ease the process of selection/de-selection of the channels/packs.

Tata Sky strongly objected to TRAI’s adverse suggestion in its Explanatory Memorandum that Distribution Platforms have no interest to provide consumer-friendly options to consumers. Tata Sky blamed TRAI for increasing monthly bills of users with a new regulatory framework.

Tata Sky said that TRAI wants to shift the blame on DPOs for many difficulties faced by consumers in channel selection, price increase, etc. which in reality is caused due to TRAI’s new regulatory framework.

Tata Sky also said that TRAI has ignored their previous inputs and still pushing ahead third-party app developers with this draft regulation which seems to be a pre-determined exercise. This is contrary to the spirit of consultation and consensus-building which is fundamental to regulation-making.

The development and deployment of applications by the DTH operators have required huge amount of resource, time and money – the result of which are world-class applications being available for subscribers of all DTH platforms.

All operators raised huge privacy concerns over the involvement of a third-party developer. They said that they maintain the security of the network as well as the
confidentiality of customer’s data which may be breached by any third-party developer. TPDs could infringe upon the privacy & data of users as they would have access to subscriber plans/ details across all/ multiple Distribution Platforms.

Airtel said that TPD Platforms can be misused by offering a search bias result, prompting the customer to choose certain channels/bouquets over others. They may also gain a dominant position and use this as a means to influence the customers’ choice for particular channels/ bouquets. Also, the Proposal has not included any means and checks to control such practices by the TPDs.

Operators also pointed out that It is not clear as to who assumes the responsibility/ liability for any breaches made by /through the TDP Apps.

Dish TV said that due to any negligence/technical failure on the part of the TPDs may lead to loss of preciously cultivated loyal satisfied consumers and resulting in their migration to other platforms which will be OTT platform not DTH.

Airtel said that ease of customer experience and plan optimization feature can be incorporated by the DPOs in their website /apps, they are not offering anything unique which cannot be built by the DPOs in their current systems. Airtel suggested TRAI to formulate a broader set of guidelines for app/website of DPOs.

Operators were replying to replying to TRAI draft regulation (second amendment), on the issue of developing of app by third parties and consequent sharing of information using API between distribution platform operators (DPOs).