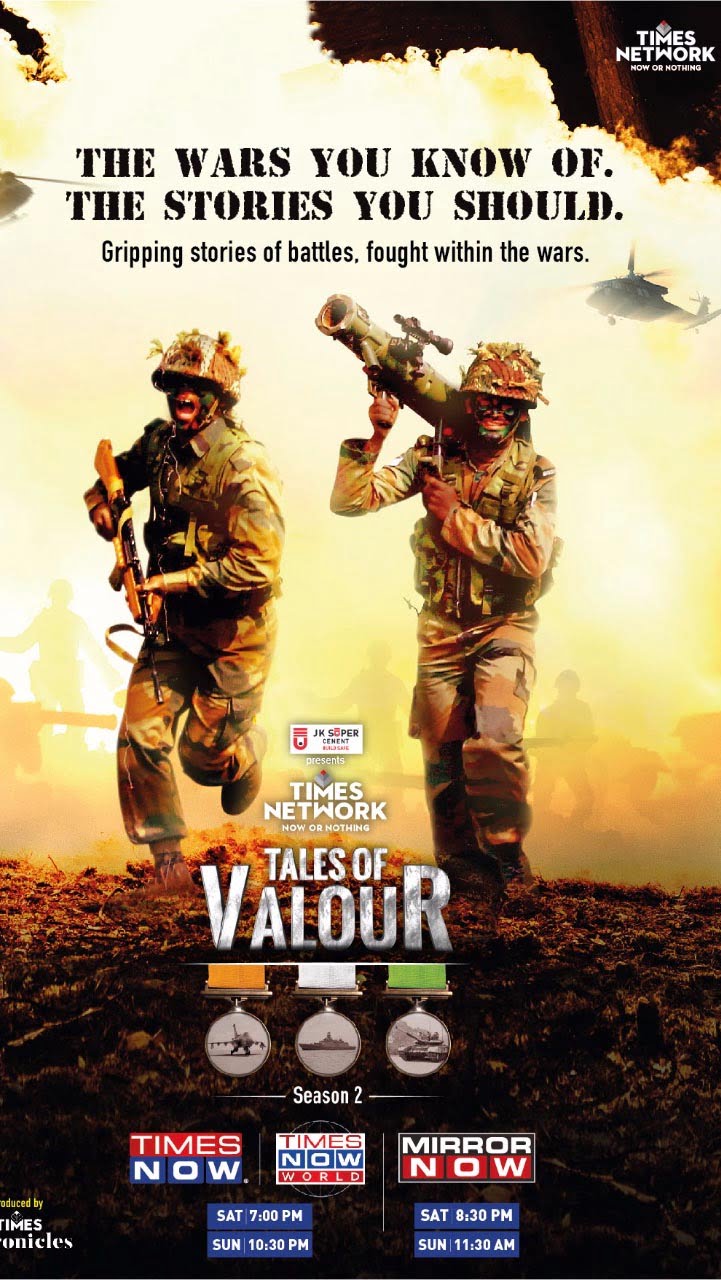 Times Network has announced the second season of ‘Tales of Valour’, an authoritative factual documentary series that presents the valiant stories of bravery by the Indian soldiers. The 13-part docu-series will be telecasted from 28th November 2020, Saturday at 7 PM and Sunday at 10:30 PM on Times NOW & Times NOW World and Saturday at 8:30 PM and Sunday at 11:30 AM on Mirror NOW.

The series has been curated and narrated by Maroof Raza, Consulting Editor, Times Network which will feature 13 exemplary heroic tales from the crucial battles India has fought since independence.

The docu-series will bring a clear picture on the military history of independent India visually recreating the historic scenarios and circumstances using animation.

The series captures actual locations of the battles, war memorials, reels of unseen archival footages and pictures of the wars including footage of 7CAV tanks on the Zozila pass and images of the terrain and Jaswantgarh Memorial dedicated to the Battle of Nuranang, 17th Infantry Division Unit War logbook from the Nathu Lu and Cho La clashes, audio of Air Vice Marshall Chandan Singh, who was instrumental in helicopter operations of 1971 Liberation War of Bangladesh narrating the events and much more.

The series features the tales of Indian Army, Indian Navy, and Indian Air Force officers, the documentary offers a glimpse into the mindsets and emotions of the times with anecdotes from senior officers, military historians, and first-person accounts including Brig Brar from 4 Dogra, Major Gen PL Kher, Brig Ravi Malhotra, and Brig Jasbir Singh of Hodson’s Horse, Lt Gen Ajai Singh of 17 Poona Horse, eye withness interview with Col Attar Singh on Nathu La clash and the interviews of veterans who participated in Navy Operation Trident (1971) as young officers.