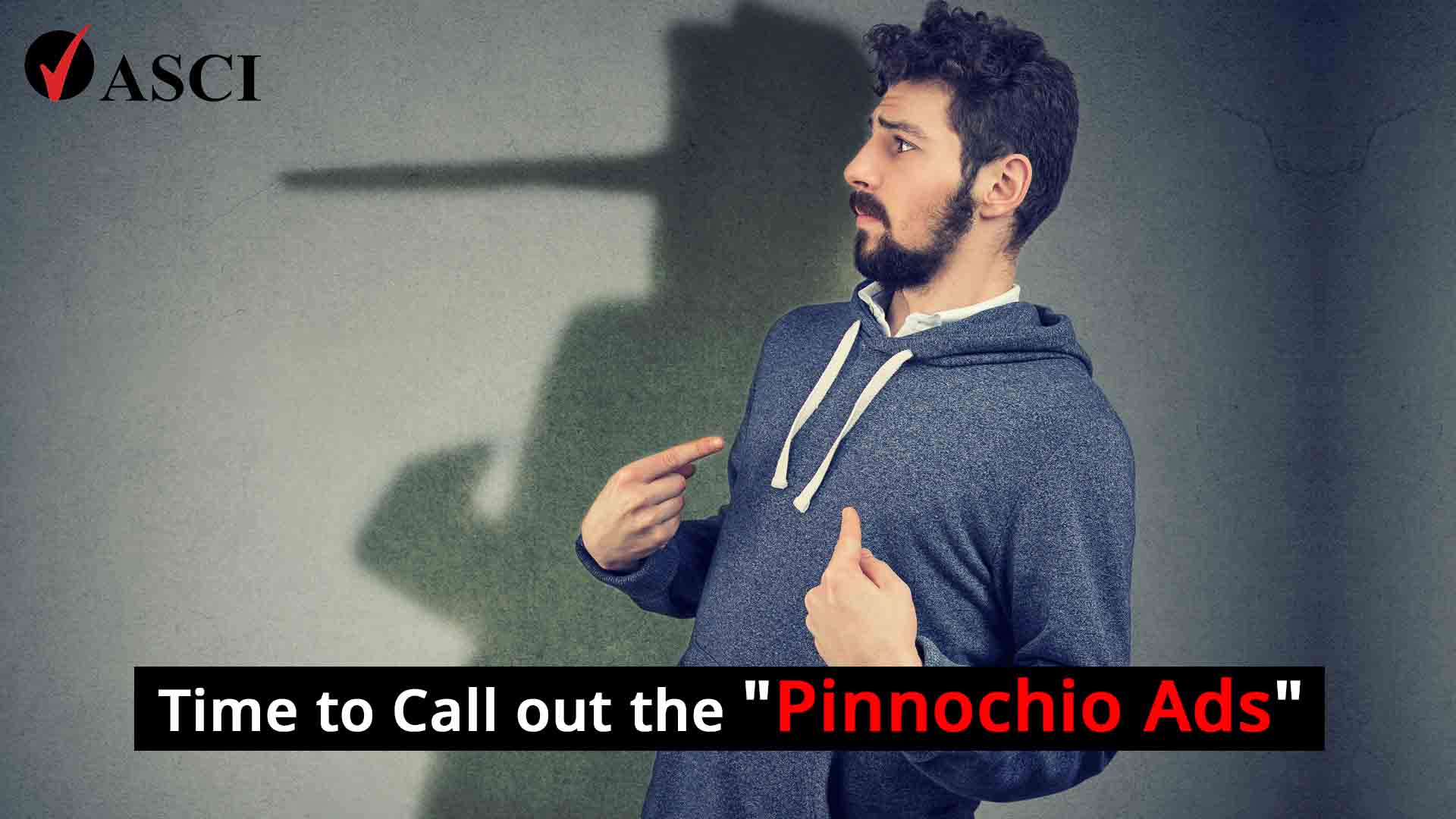 Side view of elegant man looking surprised when being caught on lie.

The Advertising Standards Council of India (ASCI) said that it is regularly seeing advertisements featuring popular celebrities falling short of adhering to the ‘Guidelines for Celebrities in Advertising.’

ASCI has investigated complaints against 279 advertisements in the month of February, out of which 101 advertisements were promptly withdrawn by the advertisers on receipt of communication from ASCI.

Out of these upheld complaints, 77 belonged to the education sector, 59 belonged to the healthcare sector, 6 to real estate, 5 to visa/immigration services, 5 to personal care, 4 to the food & beverages sector, and 15 were from the ‘others’ category.

Television advertisement of Jolly Tulsi 51 Drops featuring Hrithik Roshan claimed to “Increase immunity and saves/protects from diseases”. The CCC found that the reports submitted by the advertiser failed to substantiate the claim of ‘prevention of disease’ as an outcome. There was also no proof that Hrithik Roshan had done due diligence prior to endorsement.

Eduisfun Technologies print advertisement for Step App claimed “India’s biggest scholarship exam with a scholarship pool of Rs.50 crore”, featuring Bollywood legend Amitabh Bachchan, was inadequately substantiated. The CCC found that the advertiser was promoting a “gamified school education” by promising them prize money worth Rs 5000 to Rs 1 Crore subject to them playing STEPapp. The advertiser projected this as a scholarship but didn’t provide any numbers or eligibility criteria.

Indira IVF Hospital’s television advertisement claimed “India’s Largest and Most Successful IVF and Fertility Chain”, featuring celebrities Akshay Kumar, Kareena Kapoor Khan, Diljit Dosanjh and Kiara Advani, as a movie co-promotion was not substantiated. The CCC has not agreed with the advertiser’s contention that the “video” is not a TVC but an informational video. The advertiser neither provided proof for their claims now shown that the celebrities had done due diligence prior to endorsement.

Rasna‘s print advertisement claim “Makes mentally and physically active”, “Strengthen bones” and “Muscle redevelopment”, endorsed by sportswoman, Saina Nehwal, were not substantiated. The advertiser did not provide any product specific details like composition, license, FSSAI approval, or evidence of their claim.

Times Network’s ET Now television and social media advertisements claiming “ET Now 75% CNBC TV18 25%”, were found misleading as well as it was in contravention of the BARC Guidelines. BARC only allows viewership to be shown in impressions ‘000s or viewing minutes, use of rating percentage is not permitted. Other claims of “ET Now #1 in Budget Week” and “ET Now# 1 During Year’s Most Important Week” were also considered misleading by ASCI.

Shweta Purandare, ASCI Secretary-General said, “Our guidelines for Usage of Awards/ Rankings in Advertisements that were introduced in January 2020, are proving to be a timely step in the right direction. We are educating the advertisers that self-sponsored awards and ranking are on thin ice and will not hold any more. They need to know the rigour expected in claim substantiation when referring to awards and rankings in their advertisements”.