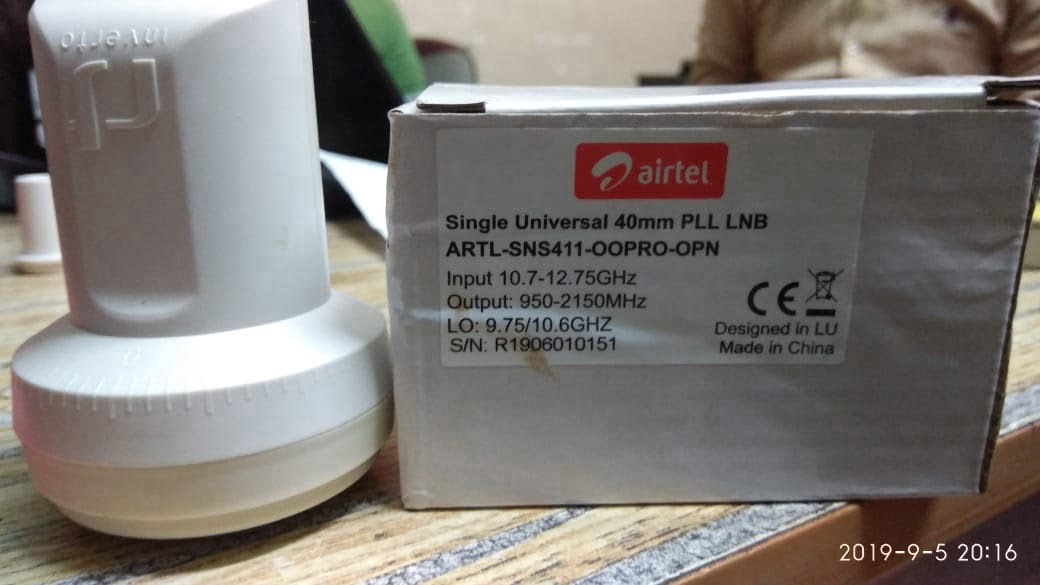 DreamDTH exclusively accessed it and had a first look at this new and better LNB. This new LNB being given by Airtel is made by a company called ‘Inverto’, which is a leading supplier of broadcast reception equipment and video streaming solutions. The price of this LNB for India is not available yet but in other markets, this LNB is available for 19 BGN (about Rs. 775).

LNBs from Inverto give stronger signals than its competitors. Tata Sky was also using it for its Tata Sky+ HD (DVR) set-top boxes because it has three tuners. According to some reports, this LNB is being given with the newly launched Airtel Xstream set-top box.