Priced at Rs 3,999, the new service will enable subscribers to record the telecast with 1080i HD picture quality and 7.1 Dolby digital sound.


Tata Sky also said that the Tata Sky+ HD will be equipped with a 500GB hard drive, giving ample space to store even cricket matches.

Apart from the original features of recording and playing back programmes, pausing or rewinding live TV, different play-back positions, series link, resume recording after power cut and environment friendly auto power standby, the new service will also let subscribers to watch one programme while recording another.

Tata Sky CEO Harit Nagpal said, “In a country where cricket is nothing short of a religion, Tata Sky will immensely enrich the experience of cricket aficionados by offering them the highly anticipated sporting extravaganza on HD. With a focused objective to enthrall the Indian viewers, Tata Sky is introducing yet another ground-breaking technology – Tata Sky+ HD at an unmatched price point. This offer will be a sure-fire hook shot among the subscribers with a promise to bowl them over with the ultimate viewing experience.”

Two years ago, Indian DTH cable operator Tata Sky launched a set-top box that let you record TV programs. Further, last year they added more features to it like Video-on-demand and the ability the control recordings via an app on your cell-phone. Concurrently, they were also out with a different set-top box capable of showing HD channels. We were wishing for a long time for the marriage of these two devices...

And today, we have it in front of us -- the Tata Sky+ HD. Technoholik reported of its sale for a price at Rs. 4,000 -- which is actually cheaper than the previous non-HD model of Tata Sky+ by a good Rs. 2,000. It comes with a huge 500GB hard drive (the original model had a 160GB one) that lets you record 625 hours of content (albeit non-HD). But thankfully, it reportedly also records HD channels.

It will stream that hi-def content in 1080i resolution with a 16:9 aspect ratio, which will avoid stretching of images on similar-shaped LCD TVs. It also supports 7.1 channel audio output with Dolby Digital Plus -- provided you have the setup to output it. Rest of the features are the same as the previous model. 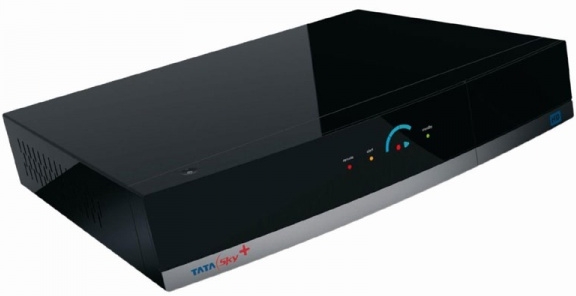 Now, where most websites are quoting the price being Rs. 3,999, we came across a few instances where it is said that this is the exchange price in return for your old set-top box. We' ll find out what the deal is and keep you posted here itself.

As of now, the options of HD channels on Tata Sky is still low Discovery, National Geographic and Star Plus. Along with that, you have HD movies on demand and they also stream special sporting events in hi-def too (hope they do that for the upcoming Cricket World Cup). Also, you ve to pay Rs. 30 extra for this HD pack per month; over and above your plan. 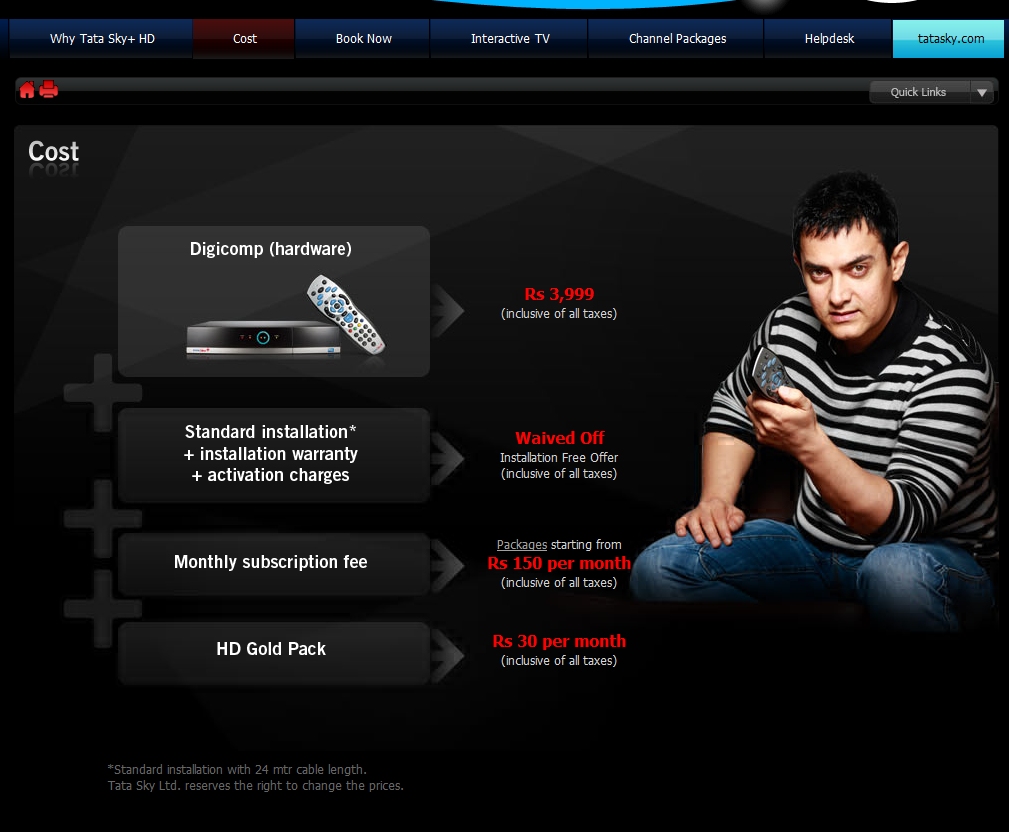