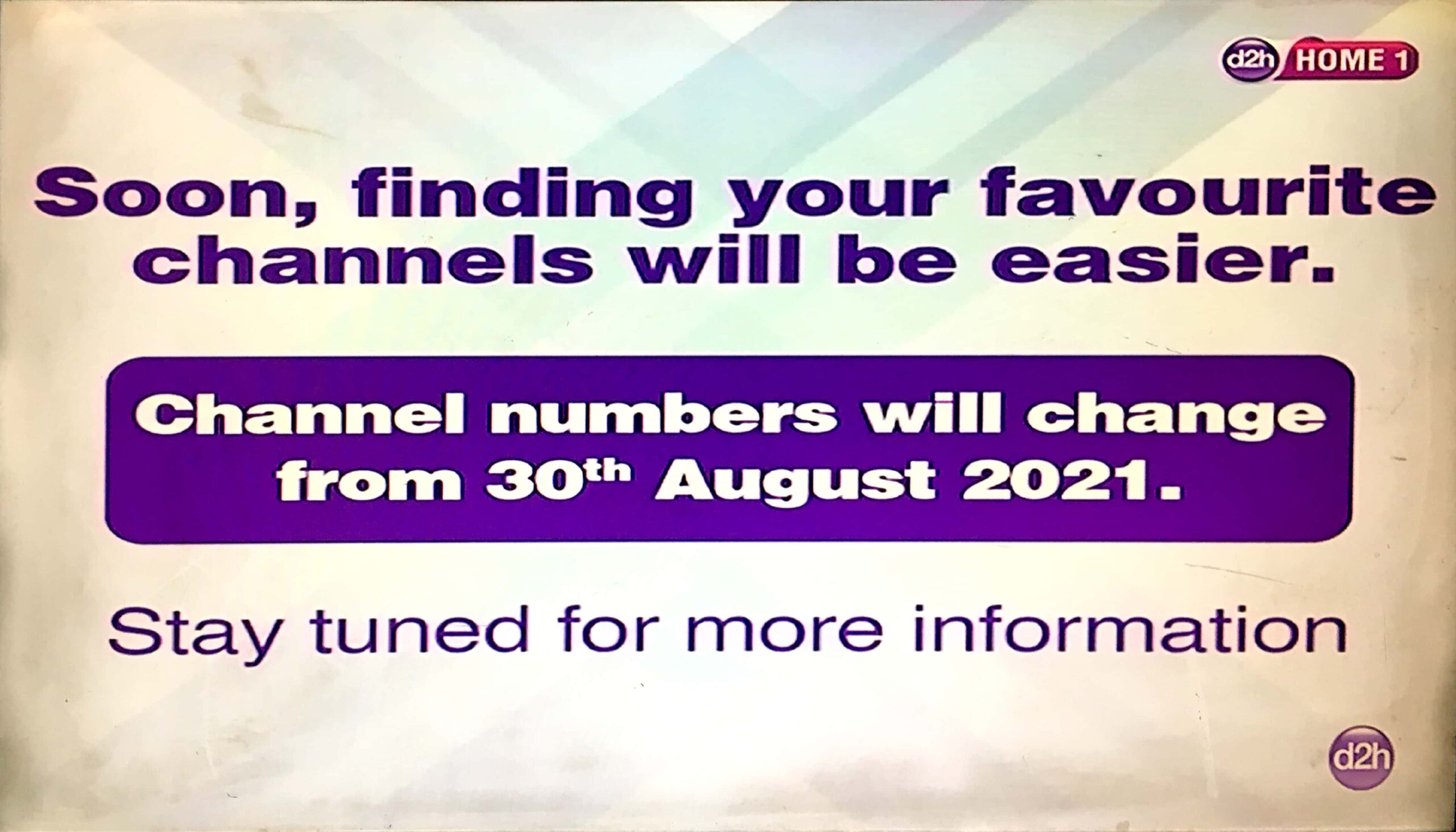 DTH operator d2h, owned by the Essel Group that also owns Zee Entertainment Enterprises, has unveiled its list of new channel numbers on Friday (20 August). The big LCN change will take place on 30 August, the Monday after next. These LCNs will also be applicable to those subscribers of Dish TV, the Essel Group’s other DTH service, who have their satellite antennas tuned to the ST-2 satellite, which offers more South Indian channels than the NSS6 and SES8 satellites used by Dish TV for its non-South Indian customers.

Also, HD channels are now placed immediately before the corresponding SD channels, like Tata Sky does. Previously, HD channels in d2h occupied channel numbers 900 to 997 and were arranged by genre, in a similar fashion as Sun Direct, where the HD channels start from LCN 800 onwards.

Historically d2h has been a laggard in terms of adding new channels, and lacks a number of important channels, with the struggles especially increasing since its merger with Dish TV a couple of years back. It has the fewest HD channels of the five major DTH services. While others have ramped up their channel addition, both Dish TV and d2h have struggled in this department. This big LCN reshuffling provides a much-needed opportunity for d2h to free up many LCNs for adding new channels, especially in the HD channel department, where it faced space constraints earlier and had to cram together many channels in the 9xx series.