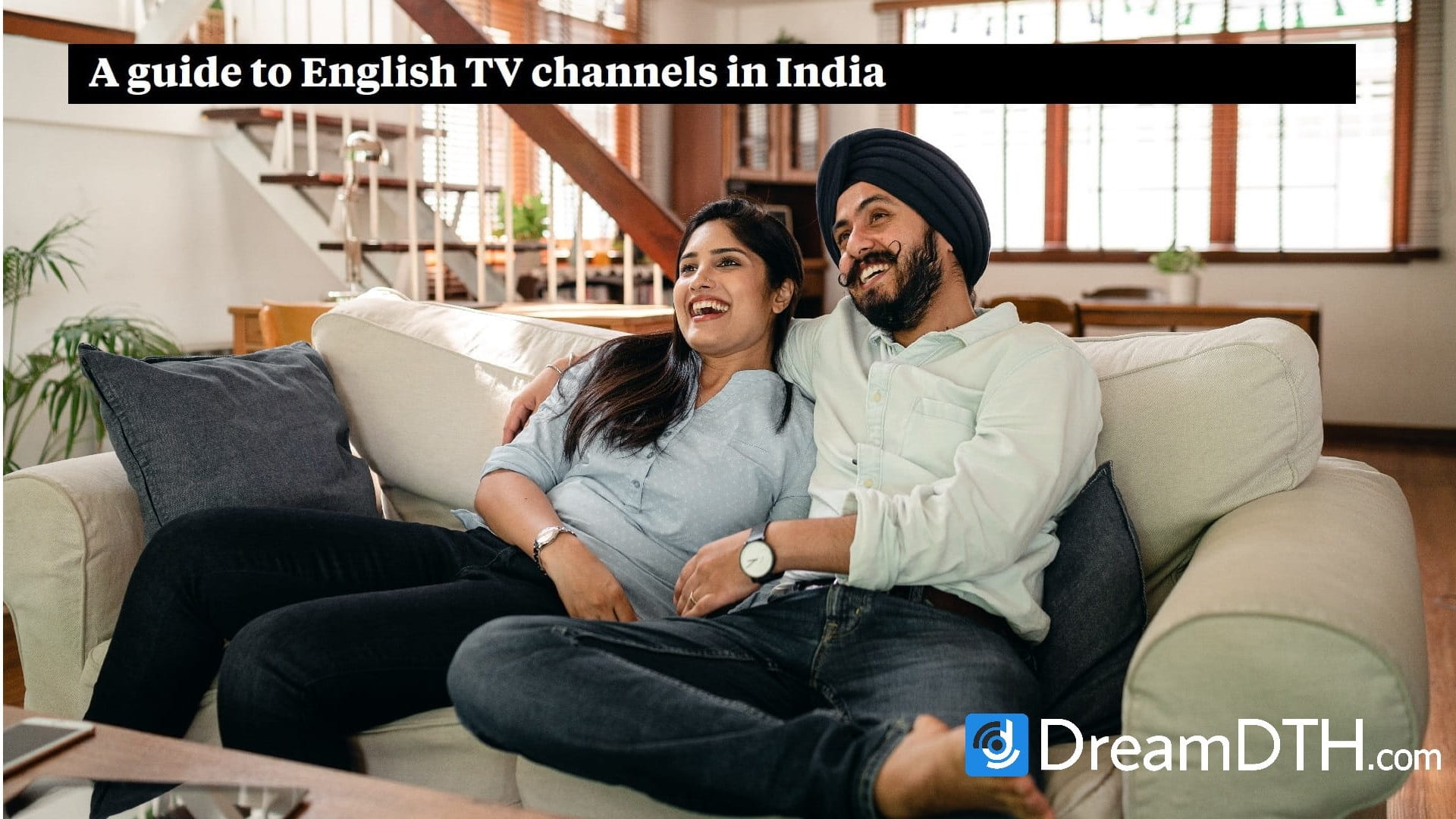 For over two decades, English news channels have been a crucial part of the Indian media landscape: as much as their Hindi counterparts, if not more. NDTV, the pioneer in Indian television news, had a joint venture with Star and launched Star News in 1998 — the forerunner to today’s ABP News — as a bilingual (Hindi/English) channel. Its contract with Star expired in 2003 and it launched its own news channels, NDTV 24×7 and NDTV India, in April of that year — a week after the TV Today Network (a part of the India Today Group, which owns Aaj Tak) launched Headlines Today, which became India Today in 2015.

For a long time, there were four dominant players: NDTV 24×7 (since 2003), India Today (launched in 2003 as Headlines Today, renamed in 2015), CNN-News18 (a joint venture between Reliance Industries’ TV18 and CNN, launched in December 2005 as CNN-IBN, renamed in 2016) and Times Now (launched by the Times Group in January 2006). For the better part of the 2006–2016 decade, Times Now was the ratings leader by a large distance, thanks in large part to Arnab Goswami and his fiery nightly debates on The Newshour — a model that was quickly copied by many other news channels in India. All this changed when he quit Times Now in late 2016 and launched his own news channel, Republic TV, in May 2017, carrying his firebrand journalism there. Republic did not take long to reach the top of the charts, and it later spawned two other news channels: Republic Bharat (Hindi, 2019) and Republic Bangla (Bengali, 2021), with more to come.

This aside, there are a number of other smaller English national news channels from other broadcasters. Times Network has a secondary English news channel, Mirror Now, which was launched as MagicBricks Now in 2016 — named after the Times Group’s property website, MagicBricks — and adopted its current name in 2017 (presumably named after Mumbai Mirror and the group’s other city-based newspapers) to focus on issues that affect ordinary citizens.

ITV Network, which operates India News-branded channels across a number of states, has an English news channel called NewsX that it acquired in the early 2010s from INX Media (which also had the Hindi channels 9X — sold to Zee and later closed — and 9XM, which is part of 9X Media, a major music broadcaster); it briefly had an HD feed from 2016 to 2018.

Zee Media, another large news broadcaster with several news channels in multiple languages, launched WION (an acronym for World Is One News) in 2016 that covers Indian news with an international perspective, as against the nationalist agenda of its competitors. The Hyderabad-based TV9 Network — which has steadily expanded its nationwide presence in recent years — has long operated News9, which serves the city of Bengaluru, while Andhra Prabha, another Telugu media group, launched India Ahead in 2018. These have a much smaller reach than their more well-known competitors.

Finally, Doordarshan, the state TV broadcaster, converted its existing DD India channel — which already had had an international focus — into a full-fledged English news channel in 2019, and even launched an HD feed in October 2020. This put it in a very select club of Indian English news channels with an HD feed, along with Times Now World (the HD feed of Times Now, which is not quite an international-oriented channel like DD India or WION, despite its name) and CNBC-TV18 Prime HD.

Aside from DD India, the other government-run news channels — DD News and the parliamentary channel Sansad TV — are bilingual Hindi/English channels and are even available in HD. This is a feat that few private broadcasters aside from Times and India Today (which has Aaj Tak HD) have been able to match — not counting the shuttered NewsX HD — despite the growth of HD channels in other genres.

Another veteran in the English news broadcast sector in India is the business channel CNBC-TV18, a joint venture between TV18 (owned by Reliance Industries since 2014) and the Comcast-owned NBCUniversal. It was launched in 1999 as CNBC India and adopted its present name in 2004, before launching three other CNBC-branded channels over the years: CNBC Awaaz (Hindi, 2005), CNBC-TV18 Prime HD (2011) and CNBC Bajar (Gujarati, 2014 — the only business channel which is not in English or Hindi). Of these, CNBC-TV18 Prime HD mostly has global business shows from the American CNBC and its international feeds, with a far less Indian lineup, and it remains the oldest — and, for many years, the only — HD news channel in India, as it will complete 11 years in October 2022.

Inspired by CNBC-TV18’s success, NDTV launched NDTV Profit in 2005, before repositioning it as a hybrid channel — NDTV Profit/NDTV Prime — in 2014, with the evening and weekend schedule used for entertainment, lifestyle and other shows. As a result, its popularity greatly reduced, and in June 2017 the broadcaster decided to shut down NDTV Profit and transfer its content to NDTV 24×7, but the channel remains on air in its strange hybrid state well over five years later. Meanwhile, the Times Group launched ET Now in 2009 — named after The Economic Times — and it has become the biggest competitor to CNBC-TV18 as a bona fide business news channel. It launched its Hindi counterpart, ET Now Swadesh, in 2021 that competes with CNBC Awaaz and Zee Business.

Previously there was another major business news channel, BTVI or Business Television India. It was launched by the then-UTV Software Communications in 2008 as UTVi, then entered a partnership with Bloomberg in 2010 and rebranded to Bloomberg UTV. UTV quit the partnership in 2012 and the channel became Bloomberg TV India, before it was transferred to private ownership in 2016 and became BTVI. It eventually ceased broadcasting in August 2019, leaving CNBC-TV18, ET Now and the much smaller NDTV Profit/NDTV Prime as the three English business channels in the country.

There are also a large number of international channels in India, ranging from major global news channels like CNN, BBC World News and Al Jazeera to smaller channels with a more general-interest programming schedule like ABC Australia and TV5Monde. All of them have an English audio feed, with the exception of the French-language TV5Monde, which has English subtitles instead. CNN and BBC World News are part of their respective broadcasters’ (WarnerMedia India and BBC) bouquets as per the TRAI-mandated NTO regulations, while the others are carried on TV platforms by specific third-party distributors.

There are several other global news channels, such as the UK’s Sky News and Turkey’s TRT World, which do not have a satellite broadcast licence in India but nevertheless can be watched on online platforms — especially YouTube — all over the world. In addition, Disney+ Hotstar used to carry Sky News, Fox News and Fox Business, as they were all owned by the Murdochs until 2019. (While Sky was sold to Comcast, most Fox assets — including Hotstar, the rest of Star India and the then-Tata Sky (now Tata Play) — were acquired by The Walt Disney Company, while Fox News, Fox Business and a handful of other Fox assets were transferred to Fox Corporation, a new independent company.)

All told, the diverse range of English channels in India, both past and present, have been a major contributing factor to Indians’ knowledge of the English language and English programming since the turn of the millennium, while English news channels — along with major print and digital media companies — have been the cornerstone of Indian journalism, notwithstanding their political biases and agendas.