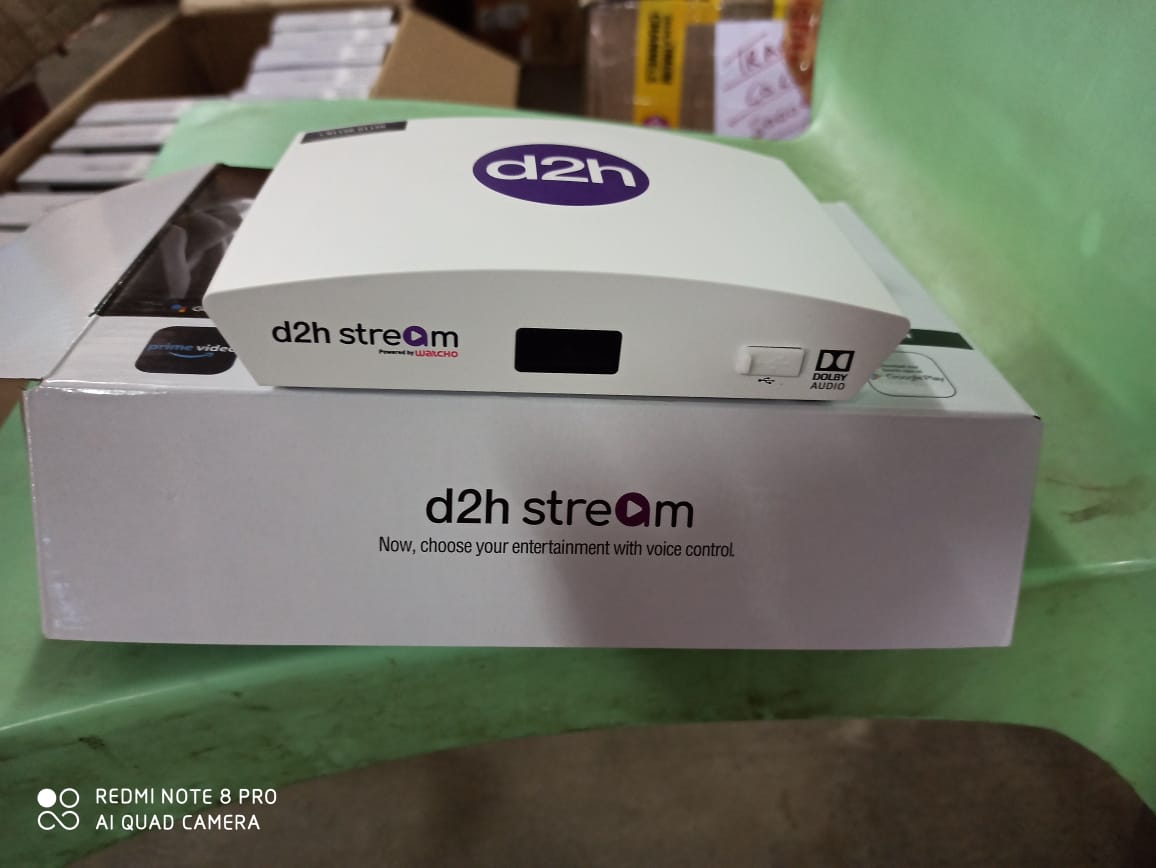 Dish TV has dishSMRT Hub, Airtel has Xstream and Tata Sky has Binge+ which makes D2H the only DTH operator after Sun Direct without any Android TV set-top box but this is going change soon as the company is now planning to launch their new Android TV STB called ‘d2h stream’. DreamDTH has got exclusive pictures of this yet to be launched set-top box from d2h which the operator is teasing on their social media pages.

This new d2h stream set-top box is very similar to the dishSMRT Hub (launched in October 2019) in terms of both looks and specifications, both of them are also from the same manufacturer and imported from Thailand.

The front side of this box has the d2h stream branding along with the Dolby Digital logo and a USB port while on the back it has a coaxial input, AV port, Ethernet port, HDMI port, optical audio output, USB port and power input. This STB is manufactured by ‘Pro Concept’. It comes with 1 GB of RAM, 8 GB of internal storage and runs on Android 9.0 Pie. It has a quad-core CPU clocked at 1.4 GHz, paired with ARM Mali-450 MP3 GPU.

d2h stream has apps such as Amazon Prime Video, Watcho, Youtube, Voot, Zee5, Sony Liv, Alt Balaji pre-installed and it also has Google Play Store to download lots of other apps and games. However, Netflix is not available on this STB.

It has built-in Chromecast which can be used to cast video content using your smartphone and Miracast feature to allow mirroring of your smartphone to the TV. It can be connected to the internet either via WiFi or Ethernet.

The remote which is Bluetooth enabled has a dedicated Google Assistant button to control the set-top box through voice commands. It also has the universal remote function for power and source buttons to control the Television as well. Pricing of this box is not known yet but it is expected to cost around Rs 4,000.