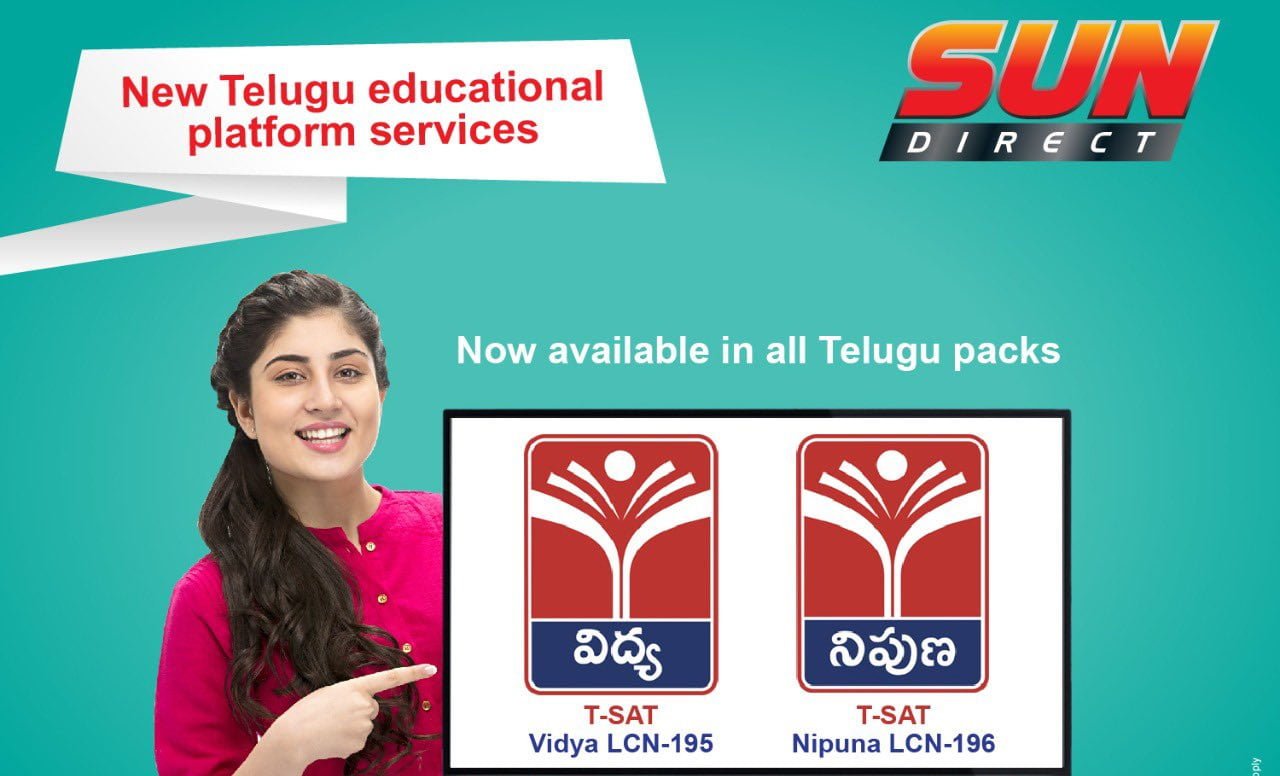 Sun Direct yesterday added Nipuna and Vidya onboard its DTH platform which is available at channel number 196 and channel number 195 respectively. The Free to Air edutainment channels run by the Telangana Government will be available in all of Sun Direct’s curated Telugu packs.

T-SAT had earlier this year planned to approach the I&B Ministry to onboard its channel on major DTH platforms. The channels were made available on Airtel Digital TV and Airtel Xstream app in August followed by the recent expansion to Tata Sky and Sun Direct.

With the pandemic far from over classes have switched to the online mode. Various state governments have launched their own educational channels to broadcast classes through the linear mode to reach those students in rural areas who can’t attend online classes.