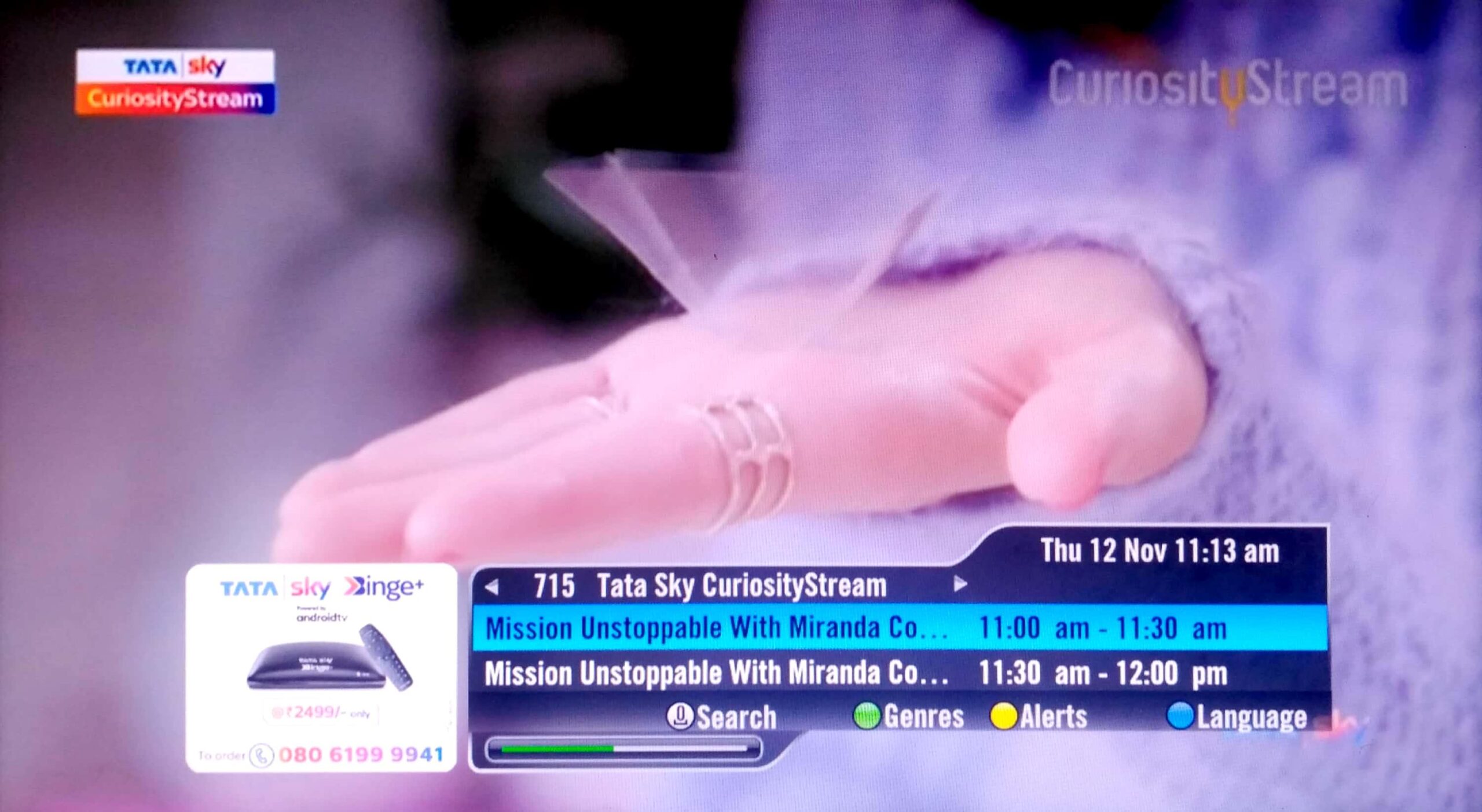 Direct to Home (DTH) operator Tata Sky has tied up with CuriosityStream to offer the latter’s content on its DTH platform and Tata Sky Mobile app with the launch of ‘Tata Sky CuriosityStream’ on both the platforms.

Tata Sky on Thursday launched ‘Tata Sky CuriosityStream’ on channel number 715 which will air documentaries from CuriosityStream 24*7. The channel is currently only available as a Standard Definition channel.

The newly launched channel is currently running free of cost. It remains to be seen if the channel remains as a Free to Air channel or a Pay channel in the future. The service is also available on the Tata Sky Mobile app with both a Live feed and 7 days catch-up feature.

CuriosityStream offers educational, non-fictional content from science and technology to history and nature to society and lifestyle by CuriosityStream to the television sets.

The company had back in 2019 tied up with Bharti Airtel to offer its content onboard the Airtel Xstream app for Airtel Thanks Gold and above customers. The partnership was later expanded with the launch of ‘Airtel CuriosityStream’ as a Free-to-Air channel onboard Airtel Digital TV in March 2020. The partnership however came to end in mid-August 2020 with the content from both the Digital TV and Xstream platform disappearing post which the company has tied up with Tata Sky.