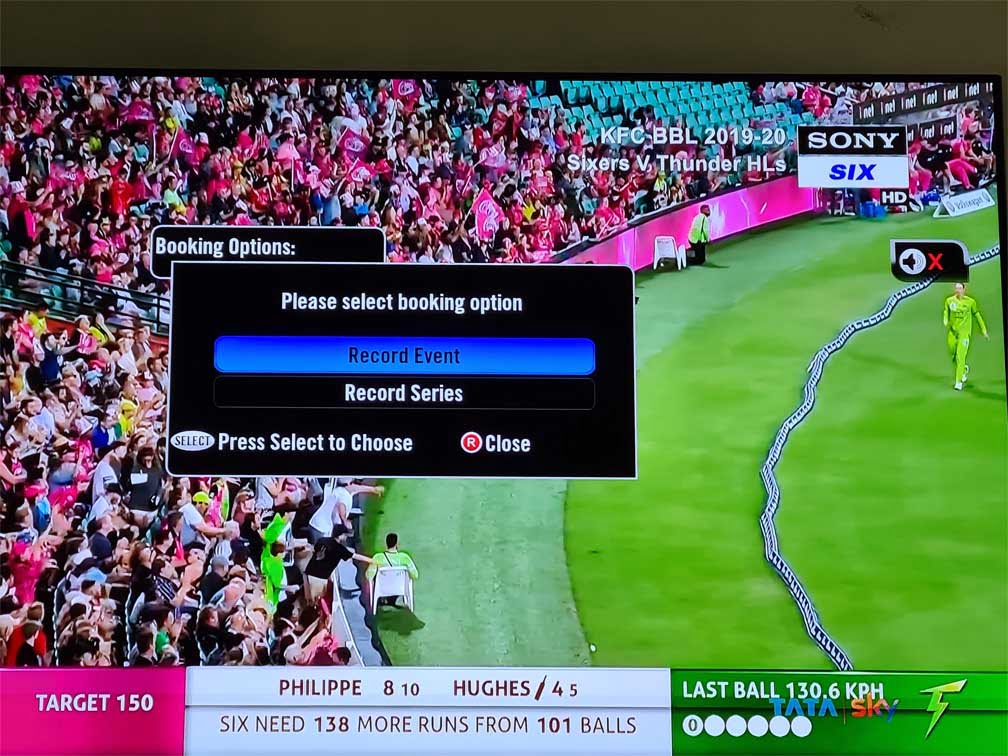 Tata Sky has confirmed to DreamDTH that the issue has been resolved with the recording feature enabled from last night at 00:00 hours. DreamDTH can independently verify the re-enabling of recording feature with Tata Sky customers able to record Sony Sports channel earlier this morning which was barred on 28th November 2020. Tata Sky further stated that Sony has allowed Tata Sky subscribers to record cricket content.

“Dear Subscriber, Good news! Play, pause & recording feature on your set-top box has been reinstated for SD & HD version of Sony Six, Ten1 & Ten3 channels,” said Tata Sky in a message that will be sent out to all subscribers today.

The re-enabling of recording feature will allow Tata Sky+ HD subscribers to play, pause, and rewind while also recording the content on Sony Sports. The quick resolution comes after Tata Sky customers expressed dissent on social media due to the restriction on recording on Sony Sports channels.

The issue seemingly was restricted to Tata Sky with other DTH operator users not reporting any restriction on recording. DreamDTH yesterday reached out to Sony Pictures Network India with a detailed questionnaire surrounding the movements which remain unanswered at the time of publishing this article.