Week 12 in India saw the highest ever TV viewing at 1.2 trillion minutes. A growth of 37% was seen across all parameters of viewing. We bring to you an in-depth analysis of the BARC Ratings from Week 12 exclusively for you wherein we have covered all genres.

There was little change on Free platforms, with Aaj Tak entering the Top 10 channels at the expense of Abzy Movies. There was a major shakeup in the ranking with 6 channels having their rank changed. Big Ganga dropped from 7th position to 10th position.

Telugu genre also saw stability with all Top 5 channels staying put in their positions. NTV and V6 News exchanged their rank in Telugu News genre. NTV Telugu dropped down to 3rd position while V6 News rose to the 2nd position.

Hindi GEC genre saw the exit of &TV which was replaced by Sony Pal. Big Magic rose from 5th to 3rd rank, while Sony Entertainment rose from 7th to 5th rank. Zee TV dropped down to 7th position from 6th position, while Star Plus dropped 3 places down to 6th position.

In the English News genre, BBC World News entered the Top 5 channels at the expense of NDTV. English Business News genre saw no change with CNBC TV18 retaining its throne.

In the Bhojpuri genre, Bhojpuri Cinema dethroned Zee Biskope a week after it captured the 1 position. Big Ganga and B4U Bhojpuri exchanged their positions.

In the Gujarati genre, TV9 Gujarati rose to the 1st spot while Colors Gujarati Cinema dropped to the 3rd rank. ABP Asmita rose to the 2nd rank. In the Marathi genre, Shemaroo Marathibana entered the Top 5 channels at the expense of Colors Marathi. Marathi News genre saw no change.

In the Punjabi genre, Pitaara TV dethroned Zee Punjabi with Zee Punjabi dropping down to the 3rd position. Manoranjan Movies moved from 5th position to 4th position. PTC News entered the Top 5 at the expense of Maha Punjabi.

In the Sports and Youth genre there was no movement. Star Sports First and Zing retained their throne.

Note: Manual work was involved in the preparation of the infographic and errors might have crept in unknowingly. Please report any errors you find. 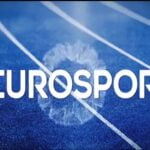