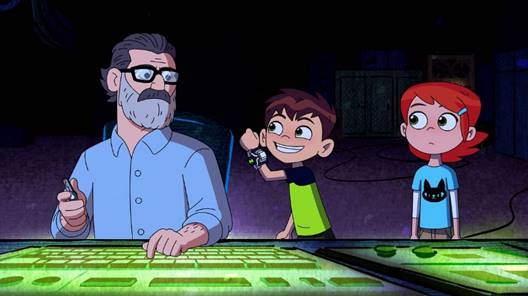 10 years old Ben Tennyson is coming back with his cousin Gwen and Grandpa Max in ‘Ben 10 vs. The Universe: The Movie’. This is the fifth movie from the American franchise that originally debuted in 2005 and over the years has won three Emmy Awards.

‘Ben 10 vs. The Universe: The Movie’ will premiere worldwide and fans in India will be able to watch it on Saturday, October 10, at 10.10 am on Cartoon Network and CN HD+.

The action-packed TV movie will focus around a blast from Ben’s past (Vilgax) who escaped the null void and returned to do double the damage on Team Tennyson and planet Earth, forcing Ben to go interstellar to save the day.

Meanwhile, to help protect the world in Ben’s absence Gwen and Grandpa Max will team up with Kevin 11 whereas Ben will travel in the null void to rescue Omnitrix’s creator Azmuth. But when our boy hero is confused for the villain in space, Ben must figure out a way to get back to Earth to help save it!

Cartoon Network India will be airing new episodes of Ben 10 from September 14, Monday to Friday, 6 pm in the build up to the movie. Not only that, the ‘Ben 10 vs. The Universe: The Movie’ premiere will be followed by all-new episodes, right after the movie.

For the unaware, Ben 10  is Cartoon Network’s longest-running franchise till date spanning over 14 years and worldwide, it has grossed over $6 billion in retail sales. The franchise revolves around a boy named Ben Tennyson who acquires a watch-style alien device called Omnitrix containing DNA of different alien species and allows him to transform into them.