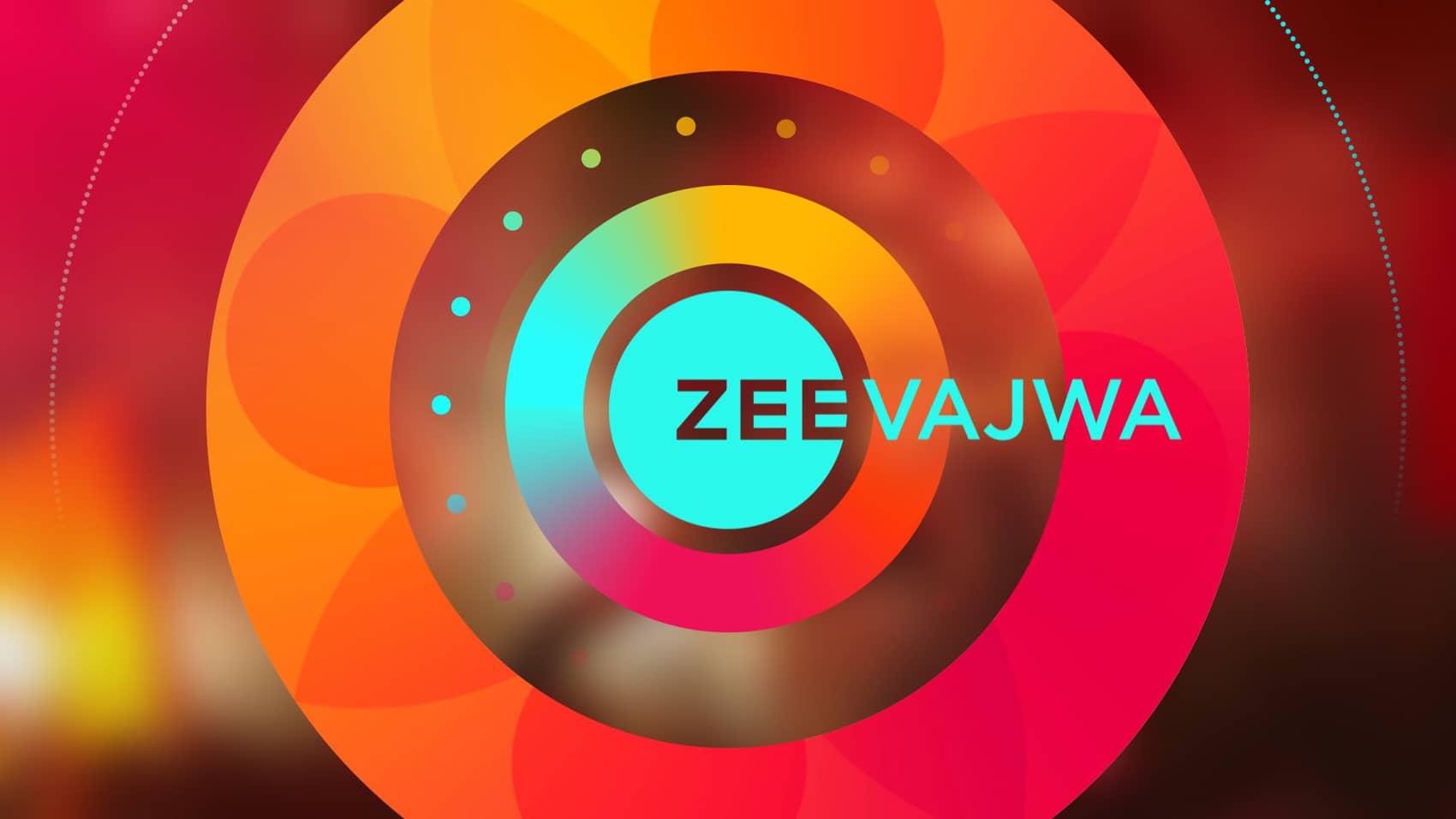 In a shocking announcement, Zee Entertainment Enterprises has revealed that it will down the shutters on its Marathi music channel Zee Vajwa on 31 March 2022, which was launched with great fanfare in October 2020 as its first and only regional-language music channel. In addition, Zee Media Corporation (ZMCL), the news broadcasting division of the Essel Group, has announced that it will axe its Odia news channel Zee Odisha on 2 April 2022, two days after Zee Vajwa’s closure. It was launched in January 2014 as Zee Kalinga, a news-cum-entertainment channel, and rebranded to Zee Kalinga News in 2016 before adopting its current name in 2018.

These shutdowns come as Zee prepares for its mega-merger with Sony Pictures Networks India, which was formalised in December 2021 and should be finalised by the second half of this year. Several channels considered to be unprofitable or unnecessary are being reassessed before the merger goes through. However, even though Zee Media Corporation will not be a part of the merger, it has also announced its exit from the Odia news sector simultaneously. The loss of Zee Vajwa is a huge blow to Zee’s Marathi portfolio, because the broadcaster has been especially proud of launching new channels in Marathi (such as Zee Chitramandir) more than in any other regional language, as has been explained in detail below.

Zee Vajwa’s launch itself was the result of the shutdown of another music channel: the Hindi music channel Zee ETC Bollywood, which had been on air since 1999. It was originally launched as ETC and became Zee ETC Bollywood in 2011. Zee also has another Hindi music channel called Zing, which was launched in 1997 as Music Asia, then became Zee Muzic/Zee Music, and adopted its present name in 2009. When Zee made the announcement that Zee Vajwa would launch on 17 October 2020, it spelled the end for Zee ETC Bollywood as the latter was shutting down on the same day. Now Zee Vajwa itself is heading for an abrupt closure after a little over a year on air.

It marks a near-total exit from the music genre for Zee, having closed two music channels in quick succession. This leaves it with only Zing, which has more of a focus on youth programming than on music, making it more comparable to MTV or Bindass (whose impending shutdown was indefinitely postponed). It does not seem like Zee pays much attention to Zing, as not only is it lacking in on-air and social media promotions, but it was the only channel not to change its logo during the mega-rebrand of the Zee network in October 2017. Its outdated logo — which contains the old Zee logo originally introduced in 2011 — remains unchanged well over four years later.

Indeed, it seems like Zing would have been a better candidate for shutdown than Zee Vajwa, which was a fresh new music channel targeting the youth of Maharashtra. Sadly, it is the promising and youthful Zee Vajwa which is being shuttered, and not the woefully out-of-date Zing. The latter has simply stopped bothering to compete with MTV, which has a lead in the youth genre by a huge margin — despite Indian youngsters shifting to online OTT platforms en masse. Zee Vajwa’s on-air graphics package is a bright and colourful blend of traditional Maharashtrian cultural motifs with modern-day trends suited for the Instagram generation, which is all the more a pity as it will soon cease to exist.

In fact, Zee also has a Marathi channel called Zee Yuva, which specifically is named after youth and was launched in August 2016 as a secondary entertainment channel to complement the flagship Zee Marathi. However, it quickly lost its way and today shows a random assortment of movies and TV shows. Zee Yuva certainly looks like one channel too many in the broadcaster’s Marathi portfolio, which otherwise consists of the flagship GEC Zee Marathi, the movie channel Zee Talkies and another movie channel, Zee Chitramandir, that was exclusively launched for DD Free Dish. With Sony Marathi also joining the group following the Zee-Sony merger, Zee took the decision to eliminate a Marathi channel as there were too many to deal with (not counting the news channel Zee 24 Taas, which is run separately by Zee Media Corporation). But it has chosen the wrong one.

It makes no sense why the broadcaster did not put the long-suffering Zing and Zee Yuva out of their misery, but instead pulled the plug on Zee Vajwa, which had a bright future ahead that was clearly demonstrated by its social media reach. With Zee Vajwa out of the picture, the Marathi music genre now consists of 9X Jhakaas by 9X Media (one of India’s most experienced music broadcasters), Sangeet Marathi by Media Worldwide Private Limited (another long-running music broadcaster) and Maiboli by Sri Adhikari Brothers or SABGroup, which operates several popular free-to-air channels such as Mastiii and Dabangg. None of these broadcasters has the reach and scale of a major national player like Zee, and so while there is no shortage of Marathi music channels, the sudden shutdown of Zee Vajwa is definitely a shock, especially since Zee has other struggling channels like &xplor HD that do not have the popularity or social media presence that Zee Vajwa had.

Much of this article has been dedicated to the sudden closure of Zee Vajwa, but there is also Zee Odisha, which is shutting down after 8 years. It was launched in January 2014 as Zee Kalinga as an entertainment-cum-news channel, before rebranding to Zee Kalinga News in 2016 and becoming a 24/7 Odia news channel. In December 2018 it rebranded once again to Zee Odisha, to avoid confusion with Kalinga TV, a competing news channel. Now that Zee Media Corporation is pulling out of the Odia news genre, the ones left standing — apart from Kalinga TV — are Odisha TV or OTV (owned by Ortel Communications, which also runs the leading Odia GEC, Tarang TV), Kanak News, MBC TV, Naxatra News, Prameya News7 and News18 Odia, among others. Two more Odia news channels have been launched in the past year, namely Argus News and Bada Khabar. Clearly, Zee Odisha was not profitable or sustainable enough for ZMCL to keep operating it in such a crowded market.

This shutdown comes a couple of months after ZMCL launched four South Indian news channels (digital-only for now) in January 2022. As the news broadcaster looks to expand its reach beyond its traditional markets, it has to face increasing competition from its regional markets, many of which are dominated by local channels that have a larger market share than their competitors from national broadcasters. For instance, of the Odia news channels above, News18 Odia is the only one (other than the soon-to-be-shuttered Zee Odisha) that is owned by a big national network, namely Reliance Industries-owned TV18. Similar is the case in many other regional markets, which has led to fierce competition between channels from national networks such as ABP, News18 and TV9 and those from local TV broadcasters.

It is important to note that this does not affect Zee Sarthak, Zee’s Odia GEC which will be its only presence in the Odia market going forward. One can only hope that Zee demonstrates renewed commitment in the Odia sector as it has previously shown with Marathi, and that includes launching the HD feed of Zee Sarthak in the coming years, especially taking into account impending competition from the long-postponed launch of Disney-Star’s Odia GEC Star Kirano (including in HD), which is expected some time in 2022.

The shock shutdown of Zee Vajwa and the equally sudden, if less shocking, closure of Zee Odisha are all part of a long-drawn process of Zee continuously evaluating its portfolio as it prepares for its grand merger with Sony Pictures Networks India. This is in order to better take on the perennial behemoth Disney-Star as well as a renewed Viacom18, which will soon have the backing of veterans such as Uday Shankar and Rupert Murdoch in addition to the financial muscle of Reliance Industries Limited and the Ambani family.

Please note that the broadcaster m/s Zee Entertainment Enterprises Limited has informed us that broadcasting of the following channels will be discontinued across all delivery platforms in India. i.e. Cable, HITS, DTH, IPTV etc..

This massage by Zee Broadcaster side

Why are they shutting down zee wajva? And keeping zee yuva? Zee vajwa was good music channel gonna miss zee vajwa a lot.

Very bad move. As Zee Odisha being the Only Watchable channel shared from Dishtv TP available in FreeDish.. i'll be affected. Bad move